The mayors of Canada's largest cities are looking to leverage the clout of their citizens at the ballot box to capture attention and funding in the lead-up to this year's federal election.

Eighteen leaders of the country's largest municipalities met in Toronto on Thursday and argued it is time for municipal issues such as transit and affordable housing to be given higher priority. The argument, which they have been making for decades, was delivered with a new blunt bottom line: The path to the Prime Minister's office is through the gridlocked streets of Toronto, Vancouver and Calgary rather than the country roads of rural ridings.

"We represent, the mayors here today, 142 seats in the House of Commons – many of them the seats that will be most competed for in the election to come," said Toronto's new mayor, John Tory.

Vancouver Mayor Gregor Robertson, the chair of the big city mayors' caucus, called the coming federal vote an "opportune time" for urban leaders with "all the parties basically competing for seats in Canada's cities. We have a political opportunity here and it's absolutely necessary that mayors are on the same page."

Calgary's Naheed Nenshi – this week named the world's best mayor by an international foundation – said while the demands of cities are much the same as in other years, circumstances have changed.

Urban areas will send more MPs to Ottawa than ever before thanks to the creation of new ridings, and a strong group of civic leaders that includes several new faces is better positioned to argue for cities, he said.

"We are now at a point, I think, when we can make our case in a better way and the electoral map favours us, so I think things will change," he said during a lunchtime break.

Emboldened by their political sway, the leaders pointed out that mayors must get the support of voters from across their cities, not just a single riding, to get elected, and so speak for a large constituency.

Rather than present a list of demands, the mayors urged parties to include policies for cities in their election platforms.

"We want to be sure that there is a robust, urban agenda by all federal parties in the 2015 election. We want to help shape that platform," Mr. Robertson said.

On specifics, Mr. Robertson said the mayors are asking that the federal government maintain current funding levels for housing, but have yet to formulate their "transit ask."

The push by the civic leaders comes as Prime Minister Stephen Harper's government is focusing attention on national security and the economy. But Mr. Tory said investing in cities would create jobs and attract investment to Canada.

He also joined others who argued that federal investments in areas such as transit need to come from a stable, long-term source of funds rather than as one-off projects.

"A real partnership lasts every day, all week, every year," he said. "It's like being married. You're not married on Monday but not Wednesday. You're not a business partner with somebody on Monday, but not on Thursday."

Ottawa's Jim Watson said programs such as the one that gives the municipalities a share of the gas tax represent real progress, but cities need a 15-year commitment rather than sporadic money available at year end.

Mr. Robertson said he expects the federal government to come through with cash for projects in the months before the election. "I think there will be a lot of announcements and ribbon cuttings and dollars starting to turn into the project that we've asked for," he said. 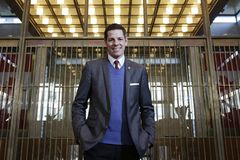 The difference between Tory and Ford is all in the details
February 2, 2015 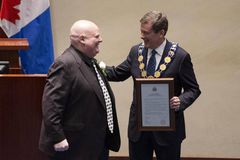