When twentysomething Marjorie Sheard penned her first letter to budding author J.D. Salinger, she never expected him to write back. It was early in Mr. Salinger's career and masterpieces such as The Catcher in the Rye were still years ahead of him.

She had seen his work in Esquire and Collier's and was an aspiring novelist herself. So, on a whim, she brought out her typewriter and began to write, as if to an old friend, all at once.

And according to Ms. Sheard, now 95 and living in Toronto, he promptly replied.

Ms. Sheard sits in a wheelchair in the family room of a nursing home. Other residents and some of the nursing staff have gathered to hear her speak about her relationship with a young, and very playful, Mr. Salinger. Her wavy, grey hair falls just above her shoulders and she clasps her hands together on her lap. Her nails are painted a rosy pink, matching the softness of her lips.

"He was tall, dark and handsome," she says nervously at first. "But he was one of those people that didn't age terribly well because he didn't stay that way."

Ms. Sheard's niece, Sarah, who has been sitting next to her, lets out a big laugh.

The unlikely correspondence went on from 1941 to 1943. When Ms. Sheard moved to a personal-care home 10 years ago, the letters were finally taken out of their shoebox and shared with family. They are now in the hands of the Morgan Library & Museum in New York.

"He writes with the swagger of a young man," Sarah says. "It's almost Holdenesque," she says, referring to Mr. Salinger's most beloved character, Holden Caulfield.

The relationship just dwindled off. "I was looking for Mr. Right," Ms. Sheard says. "And I didn't think it was him. I was so young." Later, she adds: "It was a bit romantic. He was telling me he wanted to meet me but he never did, and of course I never let him."

She went on to marry George Carter, who passed away a short while before she moved into the personal-care home. They never had children.

In one letter, Mr. Salinger requests a photo of the young woman in Toronto. "What do you look like?" he wrote to her on Oct. 9, 1941. A month later, after hearing nothing back, he apologized for his request. "I was writing from a mood," he wrote, "and not a nice one."

Ms. Sheard, though, was unabashed and sent him a photo of a stunning young woman with brown hair that curled across her forehead in the style of a Hollywood starlet.

"Sneaky girl. You're pretty," he wrote back.

In the letters that followed, Mr. Salinger recommended books to Ms. Sheard, including the works of F. Scott Fitzgerald, and often signed using quirky names like "Fitzdudley," "Wormsley-Bassett" or "Flo and Benjy."

The author died in seclusion in 2010, age 91. In the seven decades since the letters began, they were shown to nary a soul. But when Ms. Sheard's care became increasingly costly, her nieces decided to sell the letters to the Morgan Museum & Library for an undisclosed amount.

The young Ms. Sheard had looked to Salinger as a mentor. She wrote a historical novel, though it was never published. She eventually went on to write advertising copy for 30 years.

Ironically, the letters she wrote to J.D. Salinger, which have yet to resurface, may be the works by which she is remembered.

With a report from The New York Times 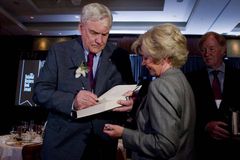 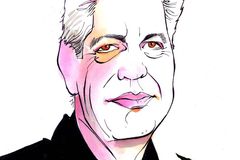