"The customer is always right" is Rob Ford's mantra. The mayor has declared it his priority to make city hall more effective at delivering services and more responsive to citizen complaints. Fiona Crean, the city's ombudsman, is dedicated to precisely the same goals. So it will be curious indeed if Mr. Ford's administration denies her the resources to reach them.

Since becoming Toronto's first ombudsman in November, 2008, Ms. Crean has emerged as a fierce guardian of citizens' rights. She chewed out the city for its inept response to a woman who suffered 17 sewer back-ups in her house over eight years. Ms. Crean found the city guilty of "poor communication and record keeping, an absence of process, a lack of leadership, bureaucratic malaise, unreasonable delays" and operating within "institutional silos." In another case, she found fault with the way a city inspector dealt with a homeowner who had dementia when the city ordered a tree on her property to be cut down.

In her annual report, she goes after the city for dragging its feet on putting systems in place for responding to complaints and for failing to make its customer-service standards clear to the public. "In my work, I see it all," she writes, "from conscientious public servants who work hard, go the extra mile and take the public interest to heart every day, to individuals who seem to have lost sight of any sense of service and personal responsibility, and whose deepest attachment is to their narrow self-interest. I see poor communications, shoddy customer service, substandard record-keeping, decisions being made without explanation and far too many unjustifiable delays."

That should be music to Mr. Ford's ears. Ms. Crean is just the sort of tough customer the city needs if he is serious about shaking up an often-sleepy bureaucracy and bringing a more businesslike approach to governing. His administration should be backing her all the way. Instead, it is nickel-and-diming her.

City council's Ford-dominated budget committee has rejected Ms. Crean's request for about $100,000 more this year to hire two extra staffers: one investigator and one front-line worker. That would bring her annual budget to about $1.5-million - far less per capita, she noted, than Manitoba, Saskatchewan and Nova Scotia or Montreal spend on their ombudsmen. Some say the city can't afford such a hike at a time when it is asking other departments to cut back and Mr. Ford is demanding smaller, cheaper government. But if Ms. Crean's eagle eye can expose duplication, inefficiency and (Mr. Ford's favourite word) waste, then she should save taxpayers money over time.

Others argue that Mr. Ford is preparing to roll out measures to improve efficiency and customer service, relieving some of the burden on the ombudsman. Ms. Crean replies that, with her independence and powers of investigation, she can look more deeply into how things go wrong. Instead of just fixing the problem, she can help fix the process. In the case of the woman whose tree was cut down, she recommended big changes to how the city deals with citizens who have dementia.

When Mr. Ford talked about customer service during the election campaign, he said he wanted councillors and officials to be better at returning phone calls from disgruntled citizens. That's fine as far as it goes, but, as Ms. Crean points out, a dozen councillors may be fielding the same sorts of complaints without knowing it. Her office can look at the big picture and get at the root of the problem.

"During the recent election," said Ms. Crean in notes for a presentation to the budget committee last month, "we all heard the demands for more respect for the ordinary citizen. And it's the mayor's top priority. I am asking council to make promises of better service real."

That means giving her what she needs to do her job. 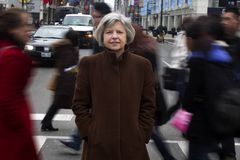 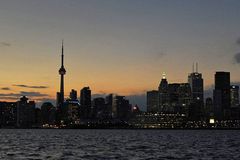