Fort McMurray resident Jaskaran Sidhu will have to be creative as he seeks to return home after the terms of his bail were set for allegedly assaulting a flight attendant aboard an Air Canada flight to Delhi early Wednesday morning.

Mr. Sidhu appeared in a Brampton, Ont., courtroom later in the day and was released on $20,000 bail along with a set of conditions, including that he not set foot in Toronto's Pearson Airport or any Air Canada property, inclusive of aircraft.

That could make it difficult for the 47-year-old to make it back to Fort McMurray before his next court appearance on Jan. 25, an irony that his fellow passengers on the flight to Delhi may relish. The alleged outburst on the plane caused the already-delayed Boeing 787-8 to turn back just off the East Coast and land in Toronto on Wednesday morning, only being rescheduled for a noon departure that day.

Air Canada said the plane was carrying 232 passengers when it first took off from Toronto on Tuesday evening.

The plane had to turn around about two and a half hours into the flight due to an "incident involving a disruptive passenger," a spokesman said.

Peel Regional Police said a man had allegedly assaulted the flight attendant around 12:42 a.m. when the flight was over the Atlantic Ocean, just off the East Coast.

They say the man was "belligerent" at the time, but was arrested without incident when the plane landed at Toronto Pearson International Airport.

A video taken by a passenger and posted online showed Mr. Sidhu being escorted off the plane by police.

Mr. Sidhu was charged with assault causing bodily harm, endangering the safety of an aircraft and two counts of mischief. He is prohibited from consuming alcohol under the terms of his bail.

Mr. Sidhu had no comment as he left the courtroom. His lawyer, Sukhwant Baidwan, said that his client is looking forward to being back with his family in Alberta.

The Delhi-bound aircraft's diversion back to Toronto marked the second delay for passengers on the flight.

Poor weather had prompted Air Canada to postpone the flight earlier on Tuesday, shortly after it made it to the runway. 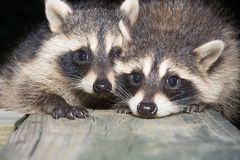