Doctors in Canada's largest city are hunting for more cases of the measles after an outbreak in which four people – three of whom had not received their measles vaccine – were diagnosed with the highly infectious disease in less than a week.

In an unusual twist, Toronto public-health officials have not been able to find any connections between the four patients, nor have they been able to determine where they contracted the virus. None had recently travelled outside Canada.

That means there is a good chance more measles cases are lurking in the city, infectious disease experts said.

"From a public-health perspective, you'd feel a lot more comfortable if all of these cases were in the same place at the same time," said Michael Gardam, the director of infection prevention and control at Toronto's University Health Network, a group of four downtown hospitals.

"The fact that you aren't seeing that and you can't draw easy links implies that either there's been a couple of different circumstances of introduction of measles into the population or there are contacts of other cases you don't know about yet."

Ms. Bromley would not say which cases were diagnosed when, nor precisely how old the patients are or where they live, citing patient confidentiality. However, she said "it appears at least two cases were in the west end of Toronto."

Ms. Bromley also confirmed that three of the four patients were not vaccinated against the measles.

One had received the first dose of the measles-mumps-rubella vaccine, which is routinely given to Ontario children at their 12-month or 15-month check-ups. The second dose is administered at a child's 18-month appointment. But the health unit would not confirm whether the patient who started a vaccine regimen was one of the children or the adults.

Toronto's mini-outbreak comes amid a political quarrel over immunizations in the United States, where 102 cases of measles were diagnosed in 14 states last month, most linked to an outbreak at Disneyland in California.

The outbreak prompted President Barack Obama on Sunday to urge parents to immunize their children, which in turn led Chris Christie, the New Jersey governor and potential Republican presidential candidate, to call for "balance" and "choice" for parents when it comes to vaccinations. (His office later clarified those comments, saying "there is no question kids should be vaccinated.")

Ontario Health Minister Eric Hoskins said the Toronto cases are a reminder that as many people as possible need to be vaccinated against the measles, a disease that is best known for its red rash, but which can cause more serious complications like ear aches, pneumonia and, in rare cases, death.

"I think that parents really need to look at the evidence and educate themselves … the higher that [vaccine] coverage gets the more it will protect people in the community," Dr. Hoskins said.

Last year, more than 400 cases of measles were diagnosed in British Columbia's Fraser Valley linked to a Christian school with a low vaccination rate. In 2011, more than 750 cases were diagnosed in Quebec. In most other years in the past decade, fewer than 100 cases have been confirmed annually across the country, according to the Public Health Agency of Canada (PHAC). In Toronto, measles remains rare: Just 14 cases were reported between 2009 and 2013, the last year for which statistics are available.

John Spika, the director-general of the Centre For Immunization and Respiratory Infectious Diseases at PHAC, said Canada's overall vaccination rate against the measles is high – in the neighbourhood of 95 per cent – but that there are pockets where the rate is much lower.

With a report from New York Times News Service 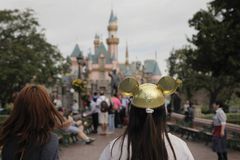