An American gossip website that raised about $200,000 to buy a video that allegedly shows Toronto Mayor Rob Ford smoking from a crack-cocaine pipe plans to donate the money to four non-profit organizations.

In a note published Thursday on Gawker, editor John Cook declared the organization's efforts to buy the video dead.

"I'm disappointed to announce definitively that the money won't be going to purchase and publish a video of Rob Ford," Mr. Cook wrote.

The money will instead be given to organizations that help people deal with substance abuse, Mr. Cook noted. Gawker raised $201,199 for the video through a crowd-funding effort dubbed Crackstarter. After fees were paid to Indiegogo, the website that hosted the campaign, and PayPal, which processed payments, $184,783 remains.

The Somali Canadian Association of Etobicoke sought the Gawker donation and is grateful for the money.

Executive director Osman Ali said the cash will be used to hire a youth worker to help steer Canadian-Somali teenagers away from gangs and drugs.

He hopes additional donations will pour in so the group can hire a second youth worker. It had presented a similar proposal to the provincial government, but its funding request was declined, Mr. Ali noted.

Mr. Ali said he has no qualms about accepting money raised to pay drug dealers for an alleged video of the mayor.

"A large number of our youth have been killed in gang violence and shootings in Toronto and Edmonton," Mr. Ali said. "We are going to prevent violence with this money."

The South Riverdale Community Health Centre also welcomes the Gawker donation. In a statement, the health centre said it has not yet decided how the money will be used, but indicated the donation will help patients.

"We will focus on the community of people who struggle with substance use, and whose lives are compromised by many other issues as inadequate housing, chronic health challenges and poverty," the statement said.

Gawker and The Toronto Star both reported viewing the alleged video of Mr. Ford in May. The video was shown to the media organizations by drug dealers operating at a cluster of condo towers on Dixon Road in north Etobicoke.

Those towers were at the centre of a mid-June police raid targeting gangs, guns and drugs. Dozens of people were arrested in Project Traveller, a year-long operation.

Two of the men nabbed had been photographed with Mr. Ford outside an Etobicoke house. The video peddlers provided that photograph to Gawker and The Toronto Star, the media outlets said.

The video has not surfaced publicly and the mayor has denied using crack cocaine. 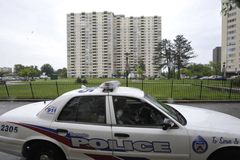 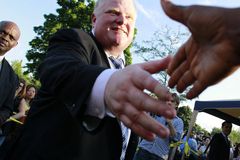 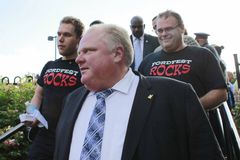 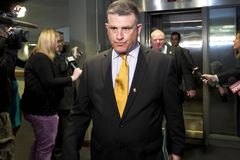 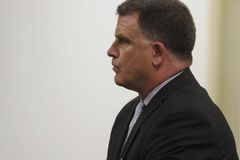