Through an intermediary, the video's owner told John Cook, editor of the New York-based gossip blog Gawker.com, that the 90-second video clip is now unobtainable.

"It's gone. Leave me alone," the owner told the intermediary, according to Mr. Cook's account in a story posted to Gawker on Tuesday afternoon.

Gawker was the first to report on the alleged crack video. It was followed hours later by a Toronto Star story by two reporters who also claimed to have seen the video.

Mayor Ford, when asked Wednesday about the latest Gawker development, answered that he's already said all he's going to say.

Mr. Ford maintains the video does not exist. He has said he does not use crack cocaine, is not an addict and that the allegation is ridiculous.

The media furor that ensued forced the video owners to go silent. Both the Star and Gawker reported that their mutual contact has been unable to reach the owners of late, even after Gawker raised more than $200,000 through its online crowdsourcing effort, dubbed "Crackstarter."

The owner has abandoned his effort to sell the video, Mr. Cook writes, because he's concerned about being identified and due to a backlash from Toronto Somalis, who objected to associations made between their community and the drug-dealers reportedly selling the video.

Mr. Cook writes that he does not know whether the video has been destroyed or given to someone else – the police, the Ford family, high-ranking members of the Somali community and a Canadian media outlet are all possibilities, he writes.

But he does know that the intermediary originally claimed two copies existed, one of which was outside Toronto. "We don't know if that's true, or if it is, whether that copy is also 'gone,'" Mr. Cook writes. "We can still imagine any number of scenarios in which this video comes to light." 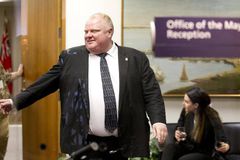 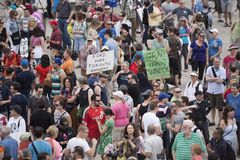 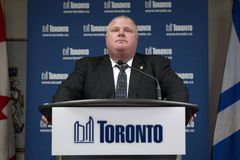 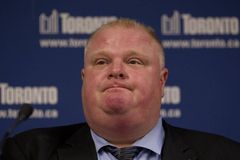