Goodwill workers in the Toronto region have been left in "legal limbo" with unpaid wages and no information about what will happen to their jobs, says their union.

Lawyer Denis Ellickson of the Canadian Airport Workers Union said Tuesday he has not been able to determine whether the 430 employees will be able to collect unpaid wages after Goodwill Industries of Toronto, Eastern, Central and Northern Ontario closed its doors unexpectedly on Sunday.

Mr. Ellickson said union representatives met with management on Tuesday and were told the organization is trying to negotiate with its bank for additional funding, but doesn't know whether it will be able to reopen 16 stores that have been closed in Toronto, Mississauga, Brampton, Newmarket, Barrie, Orillia and Brockville, as well as 10 donation centres.

"This Friday is when last week's work is scheduled to be paid, so Friday will be a very interesting day," he said. "We know there are a number of employees owed at least a week or two's wages. We don't know if the commitment is going to be honoured."

The entire Goodwill board stepped down on Friday before the stores closed without warning and with no promise of severance pay for workers. The 12-member volunteer board issued a statement late Monday saying members continue to support CEO Keiko Nakamura.

"There are significant business challenges, including shifts in the value of the salvage marketplace, declining retail sales and the need to restructure retail store costs," the board said in the statement, signed by chairman Michael Eubanks. "These are the business realities that led the board to resign."

The board said it decided at a meeting on Friday evening to cease operations "because Goodwill's cash-flow position and forecast had become unsustainable."

Goodwill has not offered any detailed explanation of its current financial issues, whether it will be able to reopen stores or which, if any, staff members will keep working. It has only revealed that Ms. Nakamura will remain in place and will try to find a way to keep the charity operating.

Mr. Ellickson said employees are in "legal limbo" because they have not been told whether they are terminated or laid off, and haven't received records of their employment, which means they cannot apply for employment-insurance benefits.

He said the union has held off taking any legal action, including filing an application with the Ontario Labour Relations Board, because it wants to give the non-profit time to find a solution to get employees back to work. But he said its patience will run out if nothing happens soon.

"The next 24 to 36 hours are going to be pretty critical. If things don't get righted within that time, there will definitely be some action taken. We're giving them a little bit of leeway at this point," he said.

Goodwill offered no further information on Tuesday about the fate of its Toronto operations. On Monday, Ms. Nakamura said high rent and union staffing rules were issues in the collapse of the organization, which is a "low-margin" business that was losing money on its store operations.

She said Goodwill needs all of its stakeholders to be "nimble."

But Mr. Ellickson said it has been frustrating to hear the organization call for flexibility when the union is willing to make concessions but hasn't been approached. "We're all ears," he said.

"All they have to do is ask," he said. "But it's a little bit infuriating for us to hear those comments when it's Goodwill that, without any notice, shut the doors. We're supposed to be their partner and they've just cut us right out of it."

The union has also called on governments and other funding partners to help bail out Goodwill to keep it operating. The Toronto organization received $4.5-million in government funding in 2014, most of it coming from the province to help fund training programs for people who have barriers to employment, including disabilities. But the Ontario government said Tuesday it has not received a request from Goodwill for a bailout.

A senior government official said that whether one would be considered is hypothetical, but at the same time the official said the organization does important work that the province wants it to be able to continue.

A senior employment lawyer said Tuesday that Goodwill employees may be able to collect some of their unpaid wages through other legal routes if they do not receive cheques this week.

Under employment law, board members can be held personally responsible for employees' unpaid wages. That could partly explain why the Goodwill board resigned en masse on Friday, said Toronto employment lawyer Hugh Christie.

Mr. Christie, a veteran management-side employment lawyer with law firm Ogletree Deakins, said employees can sue a company's directors for back pay, including vacation pay. But directors would not be on the hook for any work done after their resignations, or for scheduled work that did not happen because of Goodwill's sudden shutdown.

Directors are also not responsible for any payments in lieu of notice or any severance pay, to which workers are normally entitled, depending on their length of service. Any board insurance policies would also very likely not cover the directors' obligation to cover unpaid wages, Mr. Christie said.

He said he found the reports on Goodwill's closing strange for a non-profit.

"There is something about this that just doesn't add up," Mr. Christie said. "It is bizarre to me. ... They haven't got anything coming in. It's a curious way to make payroll, frankly."

Board found Goodwill’s Toronto operations were ‘not sustainable’
January 19, 2016 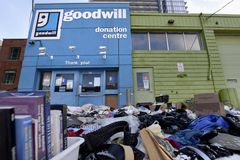 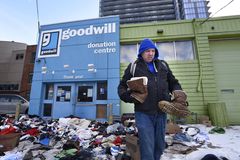 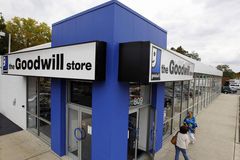