What makes a great photo of Toronto?

Maybe it’s the way a morning fog swallows the CN Tower, the reflection of a burning sunset on Lake Ontario or even the pop of a woman’s red scarf on a dreary winter day.

In a quest to find the best angle, the greatest lighting and the ultimate subject matter, Toronto-based photographers are documenting details of the city most of us overlook. They are turning to Instagram, the instant photo-sharing social media tool, to show off their perspectives to the rest of the world.

To escape the spiral of monotonous city shots, (you know the ones: looking up at some skyscrapers or someone waiting for a subway train), these Torontonians scale rooftops, explore abandoned buildings, traverse forbidden territory or simply see a killer shot where others walk blithely by to get that never-before-seen photograph.

“You’re constantly trying to please this weird group of strangers you’ve never met [and] if you’re just taking the same five photos, you’re not learning and growing as a photographer,” said Instagrammer Jon Rix (better known as @normster to his followers).

With a combined follower count of roughly 300,000, it’s clear to see these Instagrammers are influencing the way the world sees Toronto.

The Globe and Mail spoke with a handful of them about their photography and how the city has inspired them. 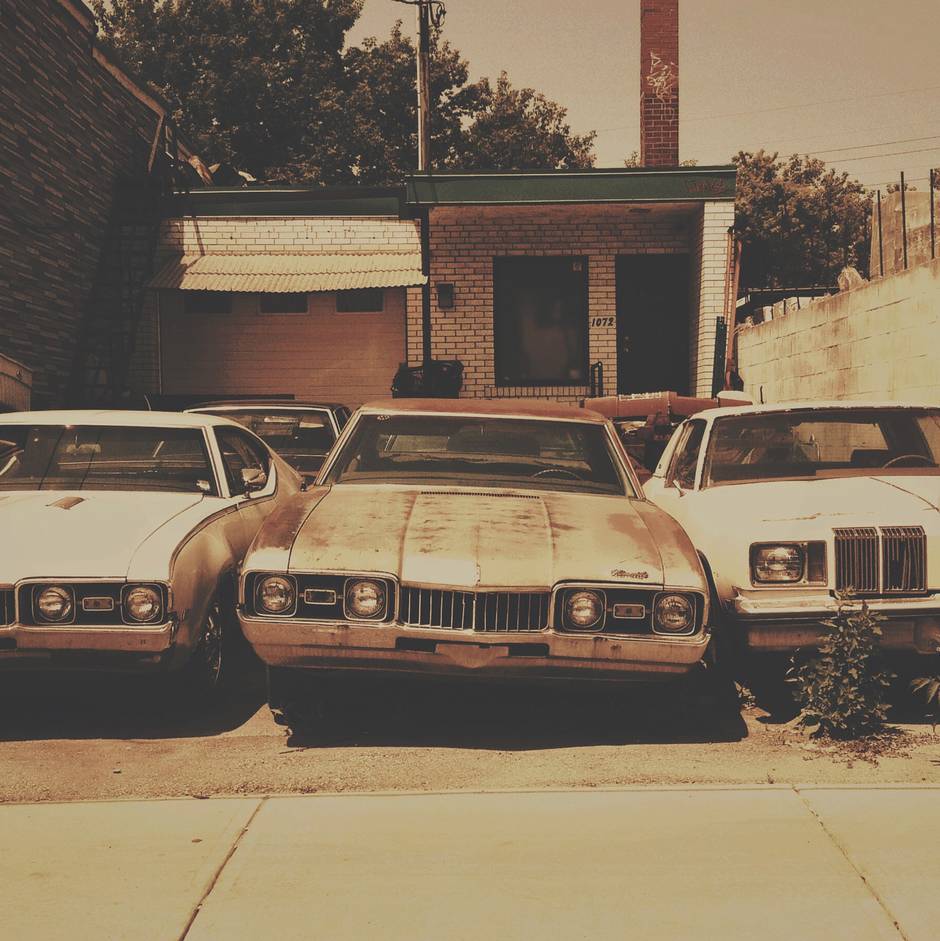 Taken on Dupont Street, just east of Dufferin Street. “I’ve been a lot of places and I’m really infatuated with that old, decrepit, dilapidated look and feel.”

“There’s a lot of hidden gems in these odd parts of the city that people don’t really explore.”

“I’m a huge fan of simplicity. I like to shoot things straight on if the angle is available.” 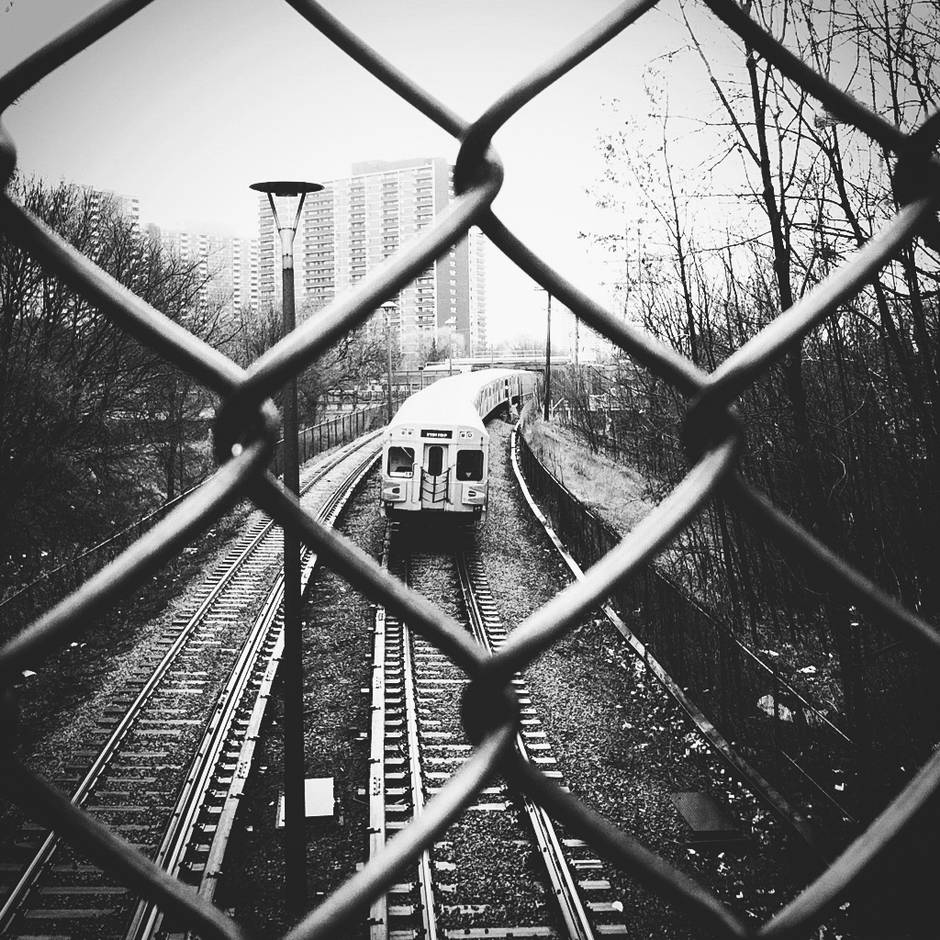 A TTC subway car going east into Victoria Park station. “It means a lot to me because it reminds me of my childhood and taking that exact train from downtown to the east.”

“When I used to ride the subway as a child and even until now as an adult … you’d see tons of different people all trying to make their way through life and the subway doesn’t judge that – it accepts everybody.”

“If you turn the camera away from yourself for a second and document the world around you, you’ll realize just how beautiful everyday life is.” 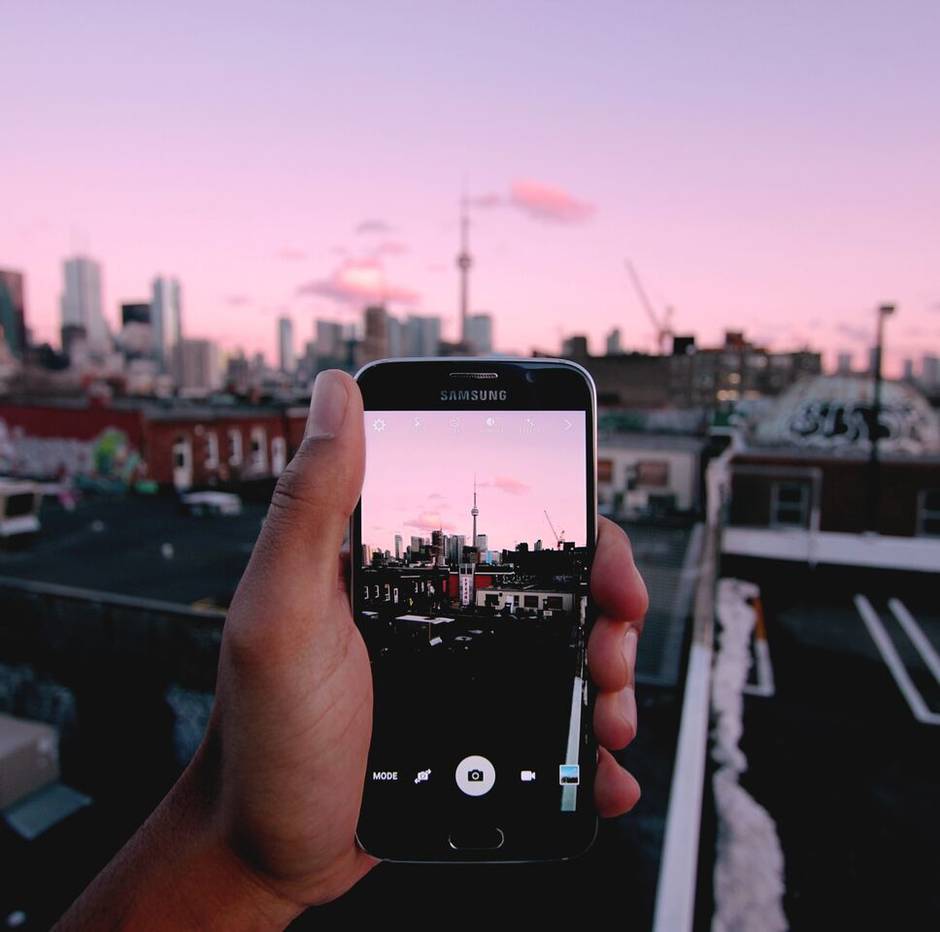 “You have a lot of different interests and ideas all competing for a very limited amount of space but somehow it’s all still working together.”

“Shoot every day. To me, it’s not about any sort of technical mastery … anybody can be a good photographer, but you just have to embrace it and do it passionately and do it every day.” 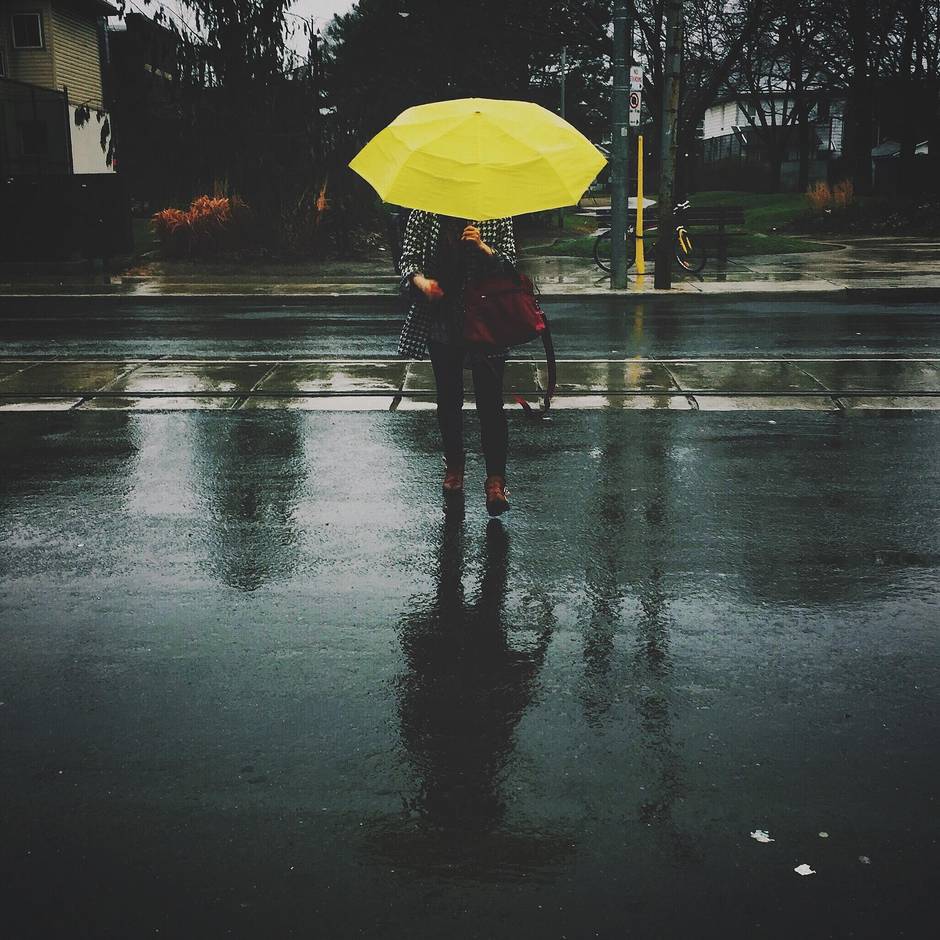 Taken on her way to work during a rainy day. “I was standing outside waiting for the perfect umbrella … and I saw a woman walking through the park with a yellow one.”

“There is beauty that can be found even in the simplicity of a great umbrella.”

“Be patient. Wait for the shot you want.” 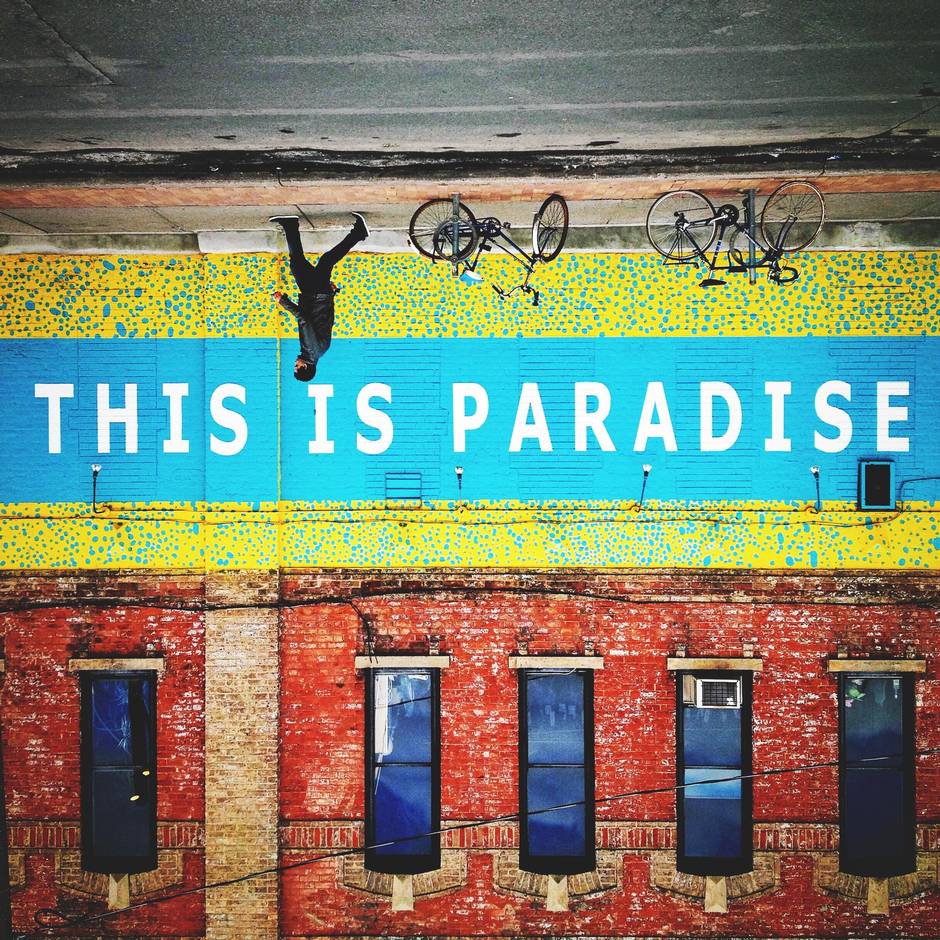 Taken on Queen Street West. “People probably walk by [the art] all the time and don’t even realize it’s upside down, or ask why it’s there or what the artist meant when they put it on the wall.”

“People are out there doing [photography] and they’re doing it well and taking it seriously. It’s not all just pictures of your outfit of the day in front of the mirror.”

“Take as many photos as you can and look at other people’s photos.” 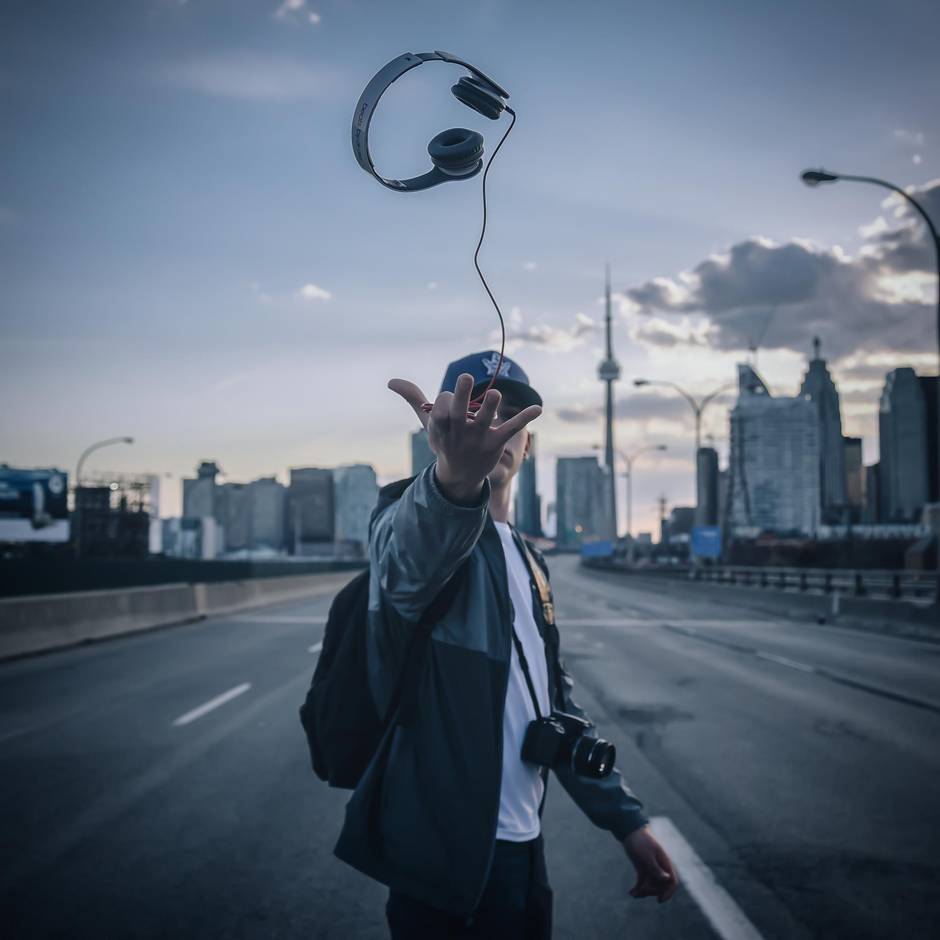 “It’s got a great skyline and a lot of great talent, music-wise.”

“If [Instagram] is something you want to do seriously, draft up an action plan: Decide what your direction is going to be, decide on your look and your theme and what you want your online voice on Instagram to be.” 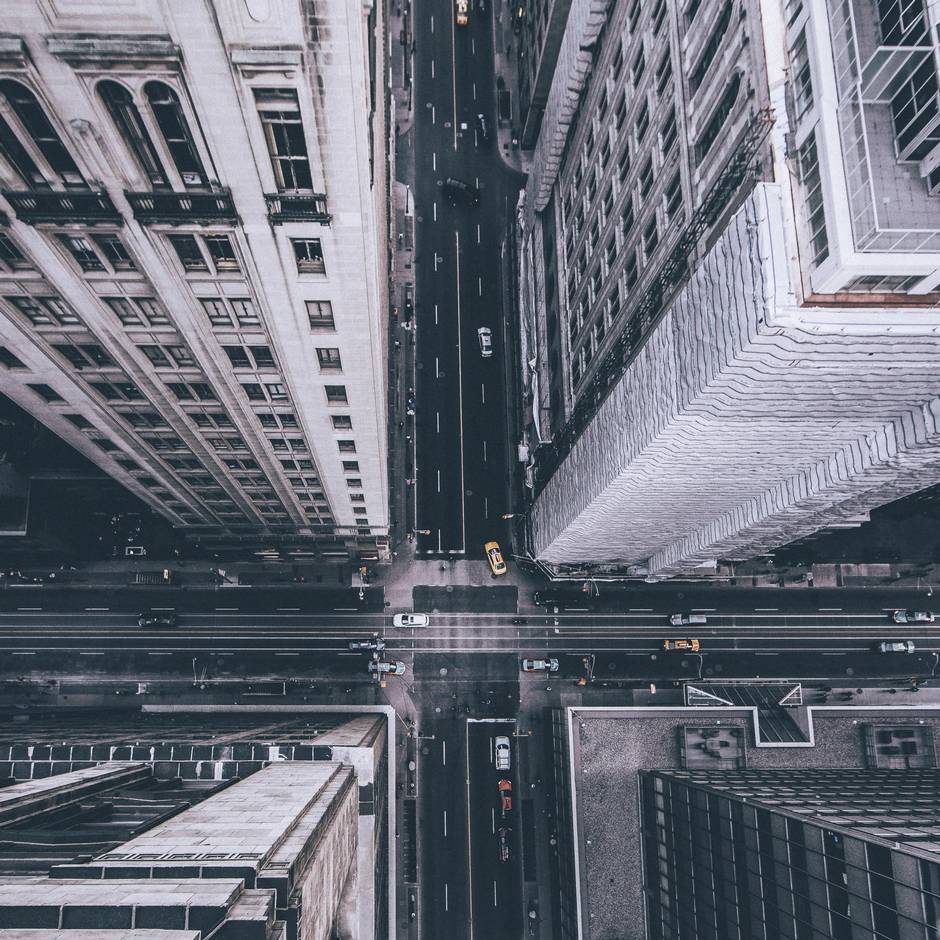 Taken from a rooftop. “It looks like I’m flying right over the intersection.”

“Toronto is a busy city, there’s a lot going on and it’s constantly moving.”

“If you like photography, regardless of what anyone says, then just continue to take photos.” 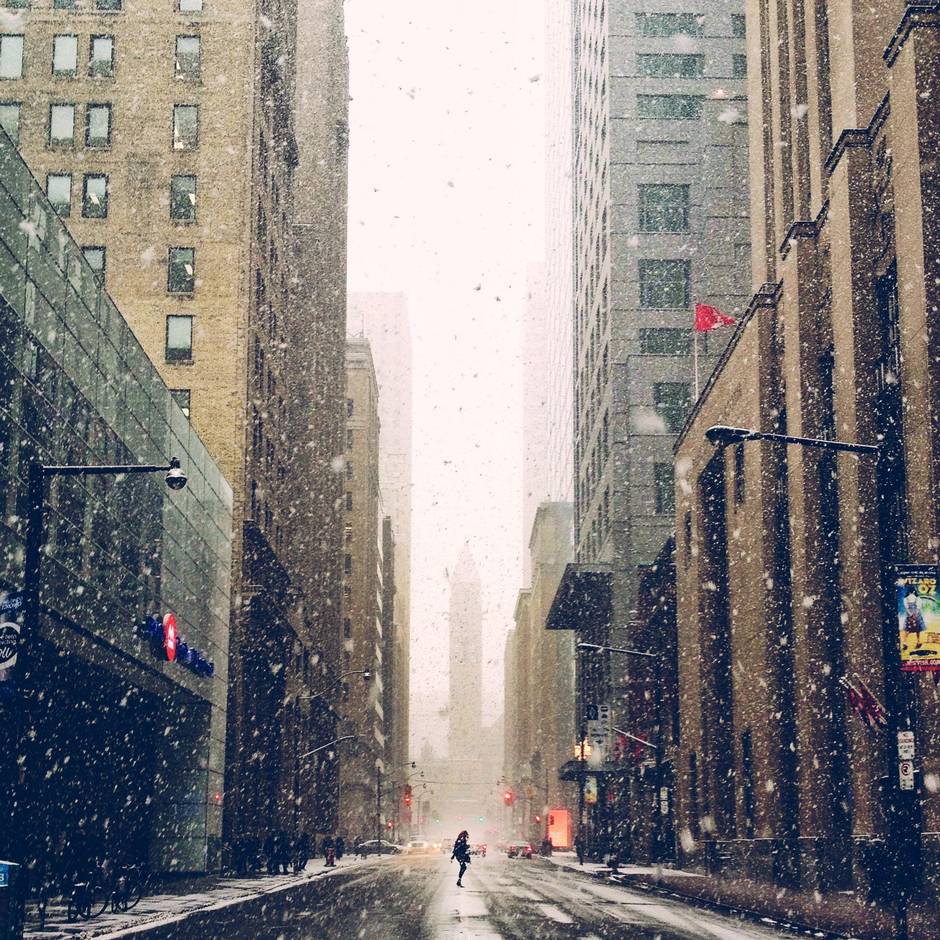 Around King and Bay streets. “I was just going to try and get a shot down Bay but I was slipping – I was wearing dress shoes – and when I looked up, there’s this woman who is putting my complaints to shame as she is trying to cross the road in what looked like six-inch heels.”

“The people will still brave anything to look stylish.”

“If you are pushed to actually go out with the sole purpose of taking shots, then you will get better.”