The first complainant in Jian Ghomeshi's sexual assault trial faced withering cross-examination on Tuesday as the lawyer for the disgraced CBC host repeatedly accused her of lying under oath.

Defence counsel Marie Henein noted that the woman had said in interviews with media and the police in the fall of 2014 that she had not had any contact with Mr. Ghomeshi after he allegedly assaulted her in his home in January, 2003. The woman's loathing of Mr. Ghomeshi was so strong, she had said, she would turn off the radio or the TV whenever he appeared on air.

"You've told the court, told the media, told the country, that every time you hear his voice, 'I would relive the violence over and over,'" Ms. Henein said.

"I did," replied the woman, whose name is protected by a publication ban.

Yet Ms. Henein showed the court an e-mail the woman had sent to Mr. Ghomeshi a year after the alleged assault, which began "Hello Play>boy" – a reference to his CBC Newsworld show >Play – and continued, "Good to see you again! Your show is so great!" The e-mail made an unexplained reference to Mr. Ghomeshi "ploughing snow naked" and suggested that he look at an online music video in which she appeared.

Ms. Henein then showed the court another e-mail sent five months later, which began, "Hi, Jian, I've been watching you on Screw The Vote," referring to a one-time CBC special that aired in May, 2004. The e-mail included a photo of the witness in a red bikini.

"The motivation behind my picture – all of this – was to get Mr. Ghomeshi to phone me so I could ask him why he punched me in the head," the woman explained.

"That was just to bait him. I did not want Jian Ghomeshi," she continued, adding that she was then in a committed relationship. "That was the photo I deliberately chose so I could give it to him so he would maybe phone me."

Earlier in the day, Ms. Henein noted that the witness and Mr. Ghomeshi had first kissed in his car after a taping of >Play in December, 2002. During that encounter, the witness alleges, Mr. Ghomeshi pulled her hair for two to three seconds – the basis of one charge of sexual assault.

But despite that incident, the woman had returned on Mr. Ghomeshi's invitation to see another taping of >Play and meet him after the show.

"You can agree with me that whatever happened in that car wasn't enough to keep you from driving … to Toronto to come to [another show]," Ms. Henein said.

"As I explained yesterday, he was very nice, and when I left, he was nice. There was confusion," the witness said.

"But not enough confusion to keep you away," Ms. Henein noted.

The witness said: "The nice outweighed …"

The volley of questions followed accusations by Ms. Henein that the witness had given divergent accounts of the alleged assault in January, 2003, at Mr. Ghomeshi's house, including how she had ended up on the floor.

"I told them [the police] the truth, the truth as I remembered it that day, through my nerves," she said.

"The version I gave to the police was early days," she explained. "I hadn't spent my days thinking about it in detail. I didn't want to remember being punched in the head."

"The memory I had then is not as clear as it is now," she added.

The witness shot back: "Perhaps I'm trying to block it out of my mind."

Later, Ms. Henein noted that the witness had not gone to the police after the alleged incidents.

Crown counsel Michael Callaghan did not re-examine the witness after the cross-examination.

The woman said in a statement issued later by her lawyer that she was pleased she had come forward.

"This experience of coming to court to testify and give evidence and to face Mr. Ghomeshi has been extraordinary difficult in light of what happened to me. I always understood that this process would be difficult and I remain satisfied that I chose to come forward despite how difficult this process has been. I wish to take this moment to thank my friends and family and the police who have steadfastly supported me in my efforts to do what I believe was right. I want to encourage other victims of abuse to come forward and not be afraid. I feel like a weight has been lifted off my shoulders now that I have had the chance to tell my story openly."

Justice William Horkins of the Ontario Court of Justice is hearing the judge-only trial. 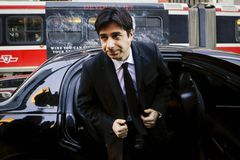 Opinion
Twitter doesn’t do the Ghomeshi trial justice. There’s a better alternative
May 16, 2018 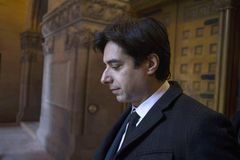 Defence questions reliability of witness’s memory in Ghomeshi trial
May 16, 2018 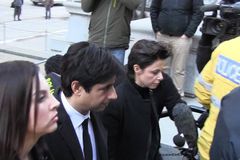