Nearly a year after police undertook the largest mass arrests in Canadian history at the G20 summit, only a small fraction of those arrested have pleaded guilty, new numbers released Monday show.

The vast majority of the 1,105 people rounded up on June 26 and 27 were released without charge or had their charges dropped. Twenty-four have pleaded guilty and 56 are still before the courts.

In total, 321 people were charged. Of those, 187 had charges withdrawn, stayed or dismissed by a judge; 39 completed the direct accountability process, in which they perform community service or make a charitable donation in exchange for having their charge dropped; and 11 signed peace bonds. None have been convicted without first pleading guilty.

Toronto police said they had reasons to arrest people, whether or not the charges held up in court.

"Our officers make arrests and lay charges based on reasonable and probable grounds. The decision whether to take the charges forward is the decision of the Crown [attorney]" said spokeswoman Meaghan Gray. "The legal test for laying a charge or making an arrest is different than the test for going forward with it."

Critics, however, said the numbers indicated the mass arrests were unnecessary.

"The number of convictions after trial - zero - and the small number of guilty pleas - only 24 - give a clear indication of the repressive focus of the police response to legitimate political protest and dissent," said Mike Leitold, a criminal lawyer and member of the Movement Defence Committee, a group that provided legal assistance to G20 protesters. "These arrests were unfounded in the first place, and only served to prevent further demonstrations that weekend."

It wasn't immediately clear whether the numbers also take into account people arrested after the summit.

A Toronto police task force, headed by veteran homicide Detective-Sergeant Gary Giroux, has identified 48 people believed to have taken part in vandalism on June 26, when a few hundred people using so-called black bloc tactics (whereby individuals wear black clothing, scarves, ski masks, motorcycle helmets with padding or other face-concealing items and often carry some sort of shields and truncheons) broke away from a peaceful labour-organized protest. They broke shop windows, set fire to a police car and sprayed graffiti across the downtown. In their wake, a group of others, many of them random bystanders, torched other police cars.

Investigators have laid 250 charges against the 48, ranging from mischief (property damage) to assaulting police officers and theft. The arrests have been made across Southern Ontario, and as far away as British Columbia and Montreal.

Police are also attempting to extradite five Americans, two of whom are accused of personally causing some $500,000 worth of damage each.

The people arrested after the summit were primarily identified through photographs and video. Police combed through 80,000 images submitted by members of the public, along with 7,000 taken by police cameras, helicopters or officers at the scene, said Sgt. Giroux. Many of these images were then released publicly.

"People would call and say, to use one example, 'I know that person, I went to high school with that person,' "

he said. In other instances, officers matched pictures of vandals with booking photos of people arrested for other offences over the course of the summit. 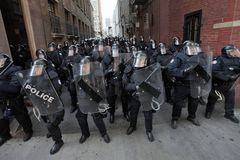 One group of officers, two allegations of brutality
April 30, 2018 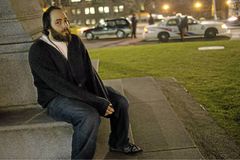 Toronto police G20 probe a ‘cat and mouse’ game, lawyer warns
April 29, 2018
Follow Adrian Morrow on Twitter @adrianmorrow
Report an error Editorial code of conduct
Due to technical reasons, we have temporarily removed commenting from our articles. We hope to have this fixed soon. Thank you for your patience. If you are looking to give feedback on our new site, please send it along to feedback@globeandmail.com. If you want to write a letter to the editor, please forward to letters@globeandmail.com.
Comments