The price of a new house in Mississauga is set to rise by nearly $10,000 after council approved hiking charges on new developments Wednesday.

Councillors unanimously passed a new by-law raising the development charges for townhouses, single and semi-detached homes by 54 per cent. Developers who apply for a building permit after July 15 will pay $26,110 to the city, up from $16,931. The costs are typically offloaded onto homebuyers.

"We need the revenue," Councillor Bonnie Crombie said in an interview. "As the mayor (Hazel McCallion) always says, growth has to pay for growth."

Mayor McCallion was not at Wednesday's council meeting.

Development charges by-laws expire every five years. Mississauga was required to draft a new one before its current law expires on Nov. 11 this year.

Other Peel municipalities, Brampton and Caledon, also approved raising development charges on houses in the last two weeks as the region projects a growth in its population and employment.

Mississauga faces a $1.5-billion infrastructure deficit over the next 20 years as it expects its population to grow by nearly 40,000 in the next decade. The current population is well over 700,000.

"We are intensifying," said Councillor Crombie, who is running for mayor of Mississauga. "There's always demand for new services."

Revenues from development charges are expected to fund 26 per cent of this year's $178-million capital budget, helping pay for transit, roads and bridges, storm water management and other government services.

"We don't have additional sources of revenue," Councillor Crombie said. "We only have the property taxes," which council generally wants to keep low.

Under the new by-law, development charges for apartments will go up by 33 per cent to $17,326. Charges on small units – homes in a multiple-unit development that are 65 square metres in area or smaller – will rise by 75 per cent to $11,825.

Council decided anyone who applies for a building permit by July 15 and receives it by Nov. 11 will pay the old rates in an effort to be fair to applications already in the pipeline. The transition period means the city will lose out on between $ 5-8 million in revenue compared to if it started collecting the new rates right away.

Though the increases seem dramatic, they bring Mississauga more in line with other GTA municipalities including Brampton, which raised its development charge for single and semi-detached homes by a moderate 5 per cent to $26,935, effective August 1.

Former Mississauga MP Steve Mahoney, who is now running for mayor, said the development charge rates should be reviewed annually to ensure people can still afford to buy new homes.

"While the (developers express) concern about having to pay them, it's actually the homebuyer that ends up paying it," Mr. Mahoney said of the charges.

The average price of a standard two-storey house in Mississauga in 2013 was $412,775, according to a city document.

"Regardless of the development charges, we need to raise the money to fix the infrastructure which frankly appears it has been neglected over the years and has aged and needs to be repaired," Mr. Mahoney said. "The only other option that council has, in addition to getting some help from senior levels of government, is to increase the property tax and nobody wants to do that to any great degree."

In a separate move last week, the Peel Regional School Board and Dufferin-Peel Catholic District School Board approved raising the education development charge, used to buy land for new schools, from its 2009 by-law.

Effective July 1, the charge for each new home in Peel region will more than double to $3,224 from $1,595 for PDSB, and to $1,343 from $551 for the Catholic board. Builders will pay these fees in addition to the city's development charges. 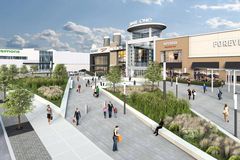 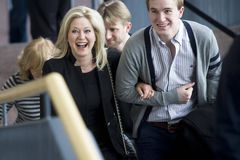 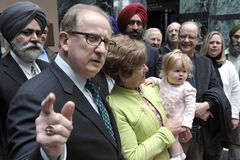