The power is palpable all over town, from the executive waterfront estates that give way to the sparkling blue beyond of Lake Ontario, to the sumptuous boutiques in the old core, to the stately spreads that surround the Glen Abbey golf course.

When it comes to living large, Oakville - the leafy and long-beloved enclave for Toronto's corporate elite - sets the pace, with homes and paycheques among the biggest in the country.

So are the costs, and Oakville's 165,000 residents are about to pay what many of them consider an unfairly high one. A 900-megawatt, gas-fired power station is planned for the town, a scant 400 metres from handsome two-storey homes and a school.

If Newton's third law of motion holds true, the Ontario Power Authority can expect an equal and opposite reaction to what will be the largest plant of its type in Canada. But it isn't coming from the likes of Greenpeace or the Ontario Clean Air Alliance, which actually supports the plant. It's coming from the town's moneyed elite, whose own carbon footprints, like a lot of things in Oakville, tend toward the large.

"This is just not right," Frank Clegg, former Microsoft Canada president and erstwhile owner of one of Oakville's most lavish homes, said of the $1.2-billion project this week.

Mr. Clegg, now semi-retired, has been working full time for the past month to stop the plant, since the power authority announced it will be built next to Oakville's sprawling Ford car plant. The site was chosen from among four in the same vicinity. The other three sat a short distance to the east, just inside the Mississauga boundary.

The plant, to begin operating in late 2013, is among several gas-powered generators built or planned across the GTA to serve as cleaner substitutes for the coal-fired power stations the province is phasing out. Local opponents, however, say the government's own data show they are already breathing worse air than the average Ontarian, and argue a new power plant will only add to that.

For Mr. Clegg, it's partly personal. His wife has chemical sensitivities, which was one reason why the couple sold Ballymena, their 26,000-square-foot waterfront mansion [plus a 10,000-square-foot coach house] for a reported $29-million, in 2005. Its carpets and finishes aggravated her condition.

As it so often does, normal in Oakville means big anywhere else, a maxim that naturally applies to electricity bills. Ontario Energy Board statistics for 2008 show Oakville residents consumed more kilowatt hours per household than any of their GTA neighbours.

Of course, bigger properties also mean bigger taxes. Mr. Clegg wouldn't say how much he forks over in property tax each year, but said he's already put up twice that amount to help fund Citizens for Clean Air, a group whose slogan is "No power plants near homes and schools." He has been spending 40 to 50 hours a week thumping the tub for donations - the suggested amount is five to 10 per cent of a donor's property taxes - to help mount a legal challenge.

The group includes neighbouring Mississaugans, who, far from sighing with relief at being spared, consider a nearby Oakville plant just as much of a threat. They have been protesting for the better part of a year, at times in predictably suburban fashion: In April, they held a drive-through petition-signing event, where almost 1,000 drivers made their stand for clean air while seated in idling cars.

Ben Chin, the Power Authority spokesman facing the wrath of both communities, said this symbolizes the gap between people's environmental concerns and their own actions.

"If part of the mandate of the Ontario Power Authority is to help start a culture of conservation, that's a difficult conversation to have if you're fighting a natural-gas plant by having a drive-through petition," Mr. Chin said.

While opponents point to the gas plant as a source of harmful airborne particles that will be inhaled by those living closest to it, Mr. Chin said the generating station's emissions will add minimally to the daily plume from cars and trucks on the Queen Elizabeth Way, light industry and gas-burning home furnaces.

"Far and away, the Number 1 source is vehicular," he said. "The Number 2 source is industrial … and then, right up there, is residential."

In response to a provincial report of poorer-than-average air quality in the area, the Power Authority is securing emission reductions from local industries to offset gas-plant pollution, Mr. Chin said.

Jack Gibbons, chairman of the Ontario Clean Air Alliance, a Toronto-based environmental-advocacy group, said those local offsets will make the new power plant a "win-win" for residents, especially given the 2005 shutdown and subsequent demolition of the coal-fired Lakeview Generating Station in Mississauga.

"All use of fossil fuels produces air pollution, and that's bad," Mr. Gibbons said. "We can't eliminate it all overnight, so natural gas is a very important transition option. This project certainly makes a lot more sense than continuing to operate our coal plants or to build very high-cost and unreliable nuclear plants."

As for the Oakville plant's location, less than half a kilometre from homes, Mr. Gibbons said exhaust stacks are typically high enough to disperse pollutants well beyond the immediate area, and that it makes sense to generate power as close as possible to where it is consumed, because long-distance transmission results in lost power, and therefore even more pollution.

Mr. Gibbons, who lives "a very comfortable lifestyle" in Toronto's Riverdale neighbourhood, not far from the smaller but similarly built Portlands Energy Centre, said he's "not the type of environmentalist who attacks other people's lifestyles," but nonetheless feels opponents in Oakville are misinformed. The improvement over coal, the reliability of gas and the offsetting emissions reductions add up to one last, big thing he feels has eluded them: the big picture. 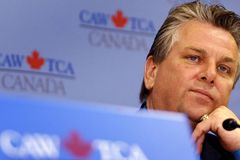 Toronto schools prepare for class warfare
October 30, 2009
Follow us on Twitter @globetoronto Opens in a new window
Report an error
Due to technical reasons, we have temporarily removed commenting from our articles. We hope to have this fixed soon. Thank you for your patience. If you are looking to give feedback on our new site, please send it along to feedback@globeandmail.com. If you want to write a letter to the editor, please forward to letters@globeandmail.com.
Comments