Two teenage boys died Friday after shots were fired in the middle of the day in a northwest Toronto neighbourhood.

One victim, whose body lay beneath an orange tarp, was pronounced dead at the scene, near Jane and Finch, and the other died at a hospital hours later.

Mourners and neighbours gathered and tearfully exchanged hugs Friday night at the townhouse complex where the shooting took place.

An area resident who wished to remain anonymous said she was talking to one of the victims as he lay bleeding, waiting for an ambulance.

"Keep breathing," she said she told the young man as she held his hand.

Police have identified the two dead boys as O'She Doyles-Whyte, 16, and Kwame Duodu, 15.

Alicia Bartholomew was home at the townhouse complex on Grandravine Drive when she heard between four and six loud pops around 1:30 p.m.

"I thought it was fireworks," she said. "Then I heard the ambulance."

Ms. Bartholomew, a community activist, said one of the deceased teens, who died in front of his home, had just finished a summer job working with a local non-profit. "Usually, he'd be taking care of his little brother," she said. But the younger boy was at his last day of summer camp.

Upon hearing the news that the second teen had succumbed to his gunshot wounds in hospital, Ms. Batholomew's daughter cried out, "Why did you have to leave me?"

Friends of the teens were quick to take to Twitter offering prayers and condolences.

Police are offering no other details. The deaths bring the total number of shooting homicide victims to 17 this year, compared to 22 at the same time last year.

With a report from Daniel Bitonti and Stuart Thompson 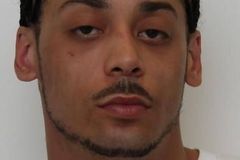