Gerald Schwartz, one of Canada's richest men and most prolific deal-makers, says he is "enthusiastic" about proposals to build a casino in Toronto, adding his name to a growing list of suitors for the country's most ambitious gaming opportunity.

The head of Toronto-based buyout firm Onex Corp. already has experience in the industry, most notably as the owner of the Tropicana hotel and casino in Las Vegas. As part of that deal, Onex gained a veteran partner in the industry, casino impresario Alex Yemenidjian, a past long-time leader of MGM Grand's casino operation in Las Vegas. Here in Canada, Onex also owns Casino ABS, which operates four Alberta casinos in Edmonton, Lethbridge and Calgary.

"We know how to operate a casino. We know the customer-service aspect," Mr. Schwartz told The Globe and Mail. He said he is "very enthusiastic" about plans for a new GTA casino announced earlier this year by the province's lottery corporation. If the terms are right, Mr. Schwartz said Onex will "definitely be interested in one or more locations. It's a growth market."

The Ontario Lottery and Gaming Corp. is planning to issue a request for information in the coming weeks, a document designed to gauge interest in five or six potential sites. Mr. Schwartz said that it's not yet clear what the sites are and what OLG is looking for, so "it's way too early" to discuss what type of operation Onex might propose.

Mr. Schwartz's interest in launching a Toronto casino comes as major U.S. operators already are scouting sites in the city and sending executives to meet with Toronto Mayor Rob Ford and selected councillors, some of whom will consider a pair of anti-casino motions at City Hall Monday.

If Onex pursues a bid, it already has two known competitors: Caesars Entertainment and MGM Resorts International, which is already bending ears at City Hall.

James Murren, the chairman and chief executive officer of MGM, and two other senior MGM executives paid a courtesy call to the mayor, Councillor Doug Ford, and two of the mayor's staffers, on April 30. The MGM team also spoke with Councillor Michael Thompson, chair of the economic development committee, the same day and Councillor Mark Grimes, the chair of Exhibition Place, the next day.

"They just said how much they love Toronto and they'd love to be a part of the process," Mr. Grimes said.

Meanwhile, Caesars dispatched a development team to the city last week to check out potential sites for a resort casino.

"We think that Toronto is an extraordinary market and that there's an opportunity to build a real tourist attraction to bring new revenues, new visitors," said Jan Jones, Caesars executive vice-president of government relations and communications. Caesars has yet to meet with city officials, but, like MGM, the company "absolutely" intends to respond to OLG's request for expressions of interest, which is expected to go out in the coming weeks.

As potential operators lay the groundwork for their bids, persuading Toronto city council to embrace a casino will be crucial.

The province has said it won't force a gambling establishment on an unwilling city, and that other GTA municipalities are eager to snap up a casino if Toronto rejects it. But Finance Minister Dwight Duncan and OLG Chairman Paul Godfrey have made it clear they would prefer a luxurious resort casino on Toronto's waterfront – one that could anchor a "golden mile" of shops, restaurants and entertainment venues.

Mr. Schwartz is not limiting his interest to the downtown waterfront, saying "there are lots of great choices." The attractiveness of a location, he said, will depend on the terms that are offered.

While council is divided on the prospect of a Toronto casino, the city's mayor has made it clear where he stands.

"I have always supported casinos," Mr. Ford told reporters Friday. "It's not about the casinos, it's about the jobs it creates. They are well-paying jobs."

Mr. Ford, who used to represent the Etobicoke ward that includes the Woodbine racetrack, which is eager to expand to a casino, would not say what site he favours.

"I'm sure everyone has their own ideas of where they want to have it," he said.

At its meeting Monday, the mayor's executive committee is expected to ask for staff reports on two anti-casino motions: One that would bar a casino from Ontario Place, and another that wouldn't permit a casino in the city without a referendum during the next municipal election in 2014.

OLG could use Marina Bay Sands complex in Singapore as model for Toronto casino
April 30, 2018 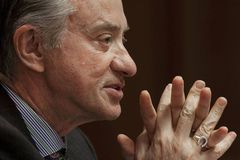 OLG chair pushes for casino on Toronto's waterfront
May 1, 2018 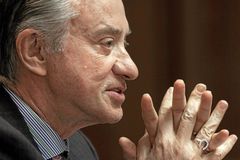 Toronto should bet against casino
May 8, 2018 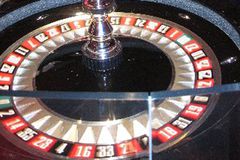 MGM eyes Toronto for sprawling integrated resort and casino
May 8, 2018 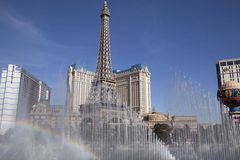 We're all suckers when a government bets on casinos
May 8, 2018 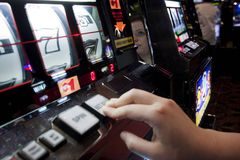 Duncan to Toronto: If you don't want the casino, someone else will
May 8, 2018 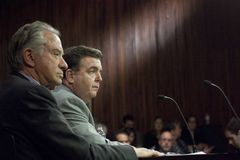 Casino has suitors if spurned by Toronto
May 8, 2018 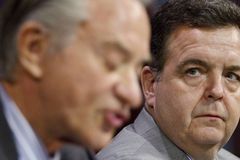 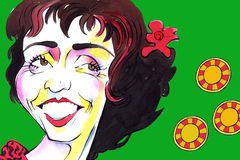 Follow Boyd Erman, Elizabeth Church and Kelly Grant on Twitter @boyderman @lizchurchto @kellygrant1
Report an error Editorial code of conduct
Due to technical reasons, we have temporarily removed commenting from our articles. We hope to have this fixed soon. Thank you for your patience. If you are looking to give feedback on our new site, please send it along to feedback@globeandmail.com. If you want to write a letter to the editor, please forward to letters@globeandmail.com.
Comments