For nearby residents like Bernd Baldus, Toronto's Bickford Park offers quiet, scenic relief from the unrelenting din of urban life.

But this spring, the calming scenery was tarnished when graffiti appeared, spray-painted across the rear wall of a neighbouring community centre that borders the park.

It was not the first time it had happened, and a fed-up gang of locals armed themselves and took action. The mob hauled their shovels to the park, ripped up patches of grass, and planted a thick row of trees to block the paint from view.

In years past, Toronto's Parks, Forestry and Recreation department might have responded by tearing out the trees and issuing steep fines to the vigilante gardeners.

Instead, it gave the group its thanks – and its blessing.

The Bickford Park story is just one example of a growing trend in Toronto that has citizens devoting time, effort and money to reshaping their local green spaces. Following a model that has its roots in the U.S., local residents' groups are assuming new hands-on roles that range from weeding gardens to finding funds for larger projects like watershed restoration. Some groups, inspired by the conservancy movement south of the border, are even going as far as leasing the land completely.

Once a tangle of impervious red tape, the city's bureaucracy is being matched by neighbourhood groups that are demanding more – more from their parks (pizza ovens! herb gardens!) and more from their municipal government, where more means less intervention.

In tough economic times, the trend raises concerns that cities could see the initiatives as justification to cut park funding, but citizen engagement may be the best way for parks like Bickford to blossom.

The flora planted to block the graffiti was donated by the Toronto Parks and Trees Foundation, a not-for-profit organization devoted to enhancing local parks, and approval for the project came from the local parks supervisor.

"When I first lived here there were virtually no trees," said Mr. Baldus, the organizer of Bickford Park's Tree Committee and a professor at the University of Toronto.

Now the park is lush and packed with greenery.

"It looks way different," Mr. Baldus said. The Parks department "has become more amenable to these things. Perhaps not everywhere, but certainly [here]."

According to Dave Harvey, the executive director of Toronto Park People, a group that works to facilitate neighbourhood engagement in local parks, the relationship between the city and local residents has not always been positive.

Mr. Harvey said in the past there had been "a culture of 'no'" in the parks department that hampered citizen engagement and hurt public spaces. He said the city's relationship with local friends groups has improved in the last few years, and citizens are now dirtying their hands in parks across Toronto.

Well-established friends groups, such as those for Dufferin Grove and the Leslie Street Spit, he pointed out, have had quite a lot of success in tailoring their spaces, after decades spent battling the Parks department.

Bob Crump, a parks manager for the North York District, said any activity that modifies a park – as minor as pruning a tree or as significant as digging space for a garden – is prohibited by a city bylaw and must be cleared by the parks department. But, he said, "low-key" activities tend to be approved by supervisors as long as they don't negatively affect other users of the space.

In fact, he encourages citizens to get to know their park supervisor.

"We're in a government environment," he said. "There's constraints in funding, and there's always tons of things we could be doing ... but we have very good relationships with most of our park users."

But the model of increased citizen engagement raises some concern that with so much effort being expended for free, the city may be tempted to reduce its funding for parks.

"It's always part of the risk," said Mr. Harvey, who was quick to add that "any volunteer effort and fundraising efforts are to augment what the city does."

With Toronto attractions like High Park Zoo and Far Enough Farm reliant on private donations and under threat of budget cuts, and Riverdale Farm only secure through 2013, funding for parks amenities may already be insufficient. At Bickford Park, demand for more trees was only filled through privately raised funds.

Toronto is not the only city with a budget for parks that fails to meet public expectations.

Mr. Harvey pointed to the conservancy movement in the U.S., where over the past few decades non-profit organizations have assumed formal and significant roles in paying for and maintaining parks in fiscally strained cities.

But the conservancy model demands enormous efforts from citizens and some neighbourhoods may not have people with the free time, organizational experience or economic means to manage or even help maintain their local park. It raises concern that greater reliance on citizen engagement could create a divide in the quality of parks around the city.

Mr. Harvey countered that beautiful green spaces rely on effort, but not piles of cash.

"The best parks are the ones where the community takes a very active role," said Mr. Harvey, who referenced a study by advocacy group New Yorkers for Parks that held surprising findings.

This principle can be seen at work in Etobicoke's Mabelle community, where a small patch of undeveloped green space owned by Toronto Community Housing (TCH) has been energized by a local community arts group, MABELLEarts.

The would-be park – a small chunk of land left orphaned when Mabelle Avenue was built – had been dubbed "the Quarantine Zone" by residents in surrounding neighbourhoods. For years, locals used it as little more than a shortcut to school and work.

But in 2007, Leah Houston and friend Noah Kenneally became involved in encouraging use of the park. Five years later, Ms. Houston is now the artistic director of MABELLEarts. With the help of local residents, the group has transformed the space into a hub of year-round activity.

TCH has been so supportive of the initiative that it is in the midst of negotiating a lease-type agreement for the space with MABELLEarts. Because negotiations are ongoing, officials are reluctant to describe what the agreement will entail, or whether funding is involved, but Sara Goldvine, a spokesperson for the organization, said it is "to formalize the relationship that has developed."

Ms. Houston said she welcomed that agreement. "The fact that [the property] is owned by Toronto Community Housing has been one of the biggest strengths of the project. We've been really lucky in that regard."

The initial spark to develop the space came when the artists enlisted local children to create hanging lanterns to light the park at night. As the group continued to hold events, parents and other community members gradually came out to help.

Together they put in benches, a community garden, and structures that suit the needs of residents. Regular events were staged, including parades, festivals, and gatherings for Iftar, the evening meals that break daily fasts during the Islamic month of Ramadan.

Just as the space began to resemble a park, it had also become something much greater - the vibrant, beating heart of the community. It was something only residents themselves could have created.

"People often say 'Oh, we want someone to come in and design a park for us,' ... and it actually can't be done," said Ms. Houston.

"Each neighbourhood has its own culture and has a culture to build and that takes many years. Its not something that a designer can deliver to you." 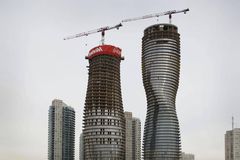 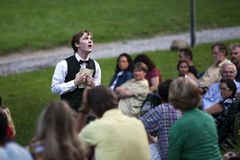