The political fate of Toronto Mayor Rob Ford will play out Friday morning when a three-member appeal court releases its ruling on his conflict-of-interest case.

If Mr. Ford's appeal fails, the city will find itself in uncharted waters. The mayor would be turfed from office, forcing councillors to decide between sending voters to the polls, or voting to choose a mayor themselves – a scenario that could include Mr. Ford himself being re-appointed.

As councillors considered that prospect Wednesday after news of the decision date, a handful signalled they will back the appointment of a mayor if Mr. Ford's appeal fails.

A few, including deputy mayor Doug Holyday, say they will act swiftly to try to put Mr. Ford back in the job, arguing removal from office is too harsh a penalty for a case involving $3,150 in donations to a football program for underprivileged kids.

Failing that, Mr. Holyday said he will stand for mayor himself.

Others being floated as possible mayoral appointees include Etobicoke councillor Peter Milczyn and deputy speaker John Parker. Then there are wild cards, like Councillor Josh Matlow's push to appoint former mayor David Crombie.

Some councillors say they are reluctant to reappoint Mr. Ford because he faces yet another legal challenge. The results of an audit of his campaign finances are expected within weeks, if not days, in a process that could put his position in jeopardy again if it is proven that he has violated the Elections Act.

"It is definitely without a doubt an unsettling time for the city," said Councillor Jaye Robinson, who says her residents are "not keen" to have a by-election because of the cost, estimated at about $7-million.

Mr. Ford stayed out of the limelight Wednesday, his office declining to issue a statement. He has previously said he wants council to reappoint him if the courts throw him out, but also has said he is ready to take on all comers at the ballot box.

Mr. Holyday, who will pick up the mayor's duties at least temporarily if Mr. Ford is booted, says he plans to wait for the news Friday at City Hall.

"I'll be there getting my tea in the morning before 9," he said when asked about his plans. "I'm still confident he will win his appeal," added Mr. Holyday, one of the few councillors to sit through the day-long hearing before the Ontario Divisional Court.

Mr. Ford, who was found guilty of violating the provincial Municipal Conflict of Interest Act in November, had his appeal heard earlier this month. The decision from that hearing will be posted online Friday at 10:30 a.m.

Lawyer Clayton Ruby, who led the case against Mr. Ford, said the parties will see the ruling one hour before it is publicly released.

Mr. Ford's legal troubles began in February of last year when he voted to let himself off the hook for failing to repay $3,150 in improper donations to the Rob Ford Football Foundation, which provides football equipment for underprivileged high-school students.

The Municipal Conflict of Interest Act forbids elected officials from delivering speeches on the council floor or casting votes when they have a personal financial interest in the outcome.

Since Mr. Ford's vote last February helped relieve him of the obligation to pay back the cash out of his own pocket, Ontario Superior Court Justice Mr. Charles Hackland ruled in November that Mr. Ford breached the law. The act carries an automatic removal from office. That penalty was later stayed by the courts pending the results of Mr. Ford's appeal.

What happens if the mayor loses his appeal?

Under the ruling given by Mr. Justice Charles Hackland, Mr. Ford will be kicked out if his appeal fails.

Who will be in charge?

What are Doug Holyday's plans?

Mr. Holyday told The Globe and Mail that one of the first actions he intends is to call a special meeting of council. Such a meeting can be called with 48 hours' notice, but he said the timing of the meeting will be dependent on the availability of councillors.

What will happen at the special council meeting?

Councillors will be faced with two choices: select someone from within their ranks or a Toronto resident to be mayor until the next election in the fall of 2014 or call a by-election. It is expected that before any decision is made, council will receive advice from city staff on their options and how they could proceed in either circumstance. City staff have been working on those reports in anticipation of a possible meeting, Mr. Holyday said. He added council may decide to hold a second meeting to make its final decision.

How would an appointment work?

If council decides to appoint a new mayor, candidates will be nominated by councillors and must agree to accept the nomination. To win, candidates must gain the support of a majority of councillors, or 23 votes. This could require several votes if there are multiple candidates. It is possible one candidate could come to the meeting with 23 votes locked up, meaning the appointment will happen quickly, Mr. Holyday said, but he does not give much weight to such an outcome.

How would a by-election work?

If council chooses to go with a by-election, it must set a period for nominations. Mr. Holyday said he would like this period to be a minimum of 30 days to give possible candidates and city staff a chance to gear up for the election. The rules state it can be no longer than 60 days. While it would be best to hold an election before the summer holiday season, Mr. Holyday said council must be fair in allowing time for all possible candidates to consider their options. Unlike a regular municipal election, councillors are not required to give up their seats in order to run for mayor. After nominations are closed, the election period is 45 days. 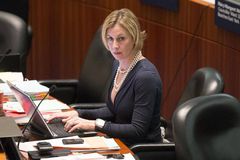 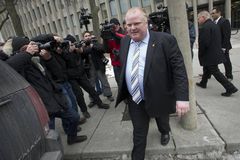 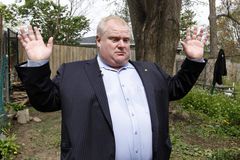 Rob Ford will be in court to fight for his political life
January 4, 2013 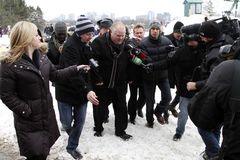 Much anticipated audit of Rob Ford’s election expenses to be released in January
December 14, 2012