Andrew Williamson spent two years looking for a house in Toronto, making offers that got topped in bidding wars and watching prices soar beyond his reach. By late spring this year, the 29-year-old photographer halted his search, turned off by high prices and the whip-saw volatility that was unfolding in the market.

This week, however, he bought a house in Toronto's west-end Junction Triangle neighbourhood. He was the only bidder on the semi-detached, two-bedroom home, and concluded the deal for $495,000, which was under the asking price.

"I basically was at the point where I gave up. I was sitting on the sidelines just looking at listings on MLS and realizing I couldn't afford anything," he said. "As soon as this place popped up, I thought: 'I can probably afford this.'"

The Greater Toronto Area housing market has shifted into buyer's market territory for the first time in eight years, and frustrated shoppers such as Mr. Williamson are now beginning to return from the sidelines, lured by an average 20-per-cent price drop from April's market peak.

Experts now expect prices to level this fall, and the debate is shifting from whether, to when, prices will climb again. The wild card for the fall market, however, is the number of houses that will be listed for sale in September and October and whether a glut of excess inventory could leave prices languishing for longer.

August sales data from the Toronto Real Estate Board offered signs the market is stabilizing. The number of sales climbed last month compared with July, marking the first month-over-month increase in sales since March. While average prices for all types of homes slid 1.9 per cent in August from July, it was by far the lowest month-over-month price drop since prices started to decline in May. Also in August, TREB reported a drop in new listings in that month compared with a year earlier, signalling a more balanced market after inventory levels soared from April to July.

Taken together, the trends are seen as signs the downturn is slowing and the market is poised to level off and even recover this fall.

"From what's happening in my business right now, I'm seeing a lot of buyers who basically took the summer off and now they're actively back at it," said Royal LePage real-estate agent Tom Storey, who specializes in properties in central Toronto.

In the early spring, Mr. Storey said he repeatedly scratched his head as he saw deeply flawed properties sell in bidding wars. Today, good properties are still selling quickly, while weaker options are taking longer to find a buyer – signs of a healthier market environment.

"You'd see that one with no pictures and it sold way over asking and it was just a beat-up house, and you were like, 'Oh my God, I guess someone bought that because they figured they had no other options and they were just going to reno it,'" he recalls.

"I think it's healthy the way it is right now. The overall market is much better than the way it was before.… It's sane again."

Royal Bank of Canada economist Robert Hogue issued a report on Toronto's housing market this week, saying people worried about a major collapse in the market "can breathe a little easier now."

Mr. Hogue believes the market probably bottomed in July, and a release coming next week from the Canadian Real Estate Association with seasonally adjusted figures will show sales increased in August over July in the GTA. Mr. Hogue's rough estimate is that CREA data will show sales grew about 9 per cent in August on a month-over-month basis after adjusting for seasonal norms.

Mr. Hogue said buyers have absorbed the impact of a package of reforms the Ontario government announced in late April to cool the hot housing market in the Toronto region, including a 15-per-cent foreign buyer's tax. It's similar to the trend in Vancouver, where the market dipped and then adjusted within months of a similar move by the British Columbia government last year, he said.

The Real Estate Board of Greater Vancouver released data this week showing the benchmark index price for houses rose month-over-month in August for the seventh consecutive month this year.

"Developments in Vancouver – which went through a similar policy-induced market correction last year – suggest that the bottom for prices may be near in the Toronto area," Mr. Hogue concluded in his report.

Despite the cautious optimism, few fear the Toronto market is headed back to the type of 30-per-cent price gains it saw earlier this year.

Chris Slightham, president of Toronto-area real-estate brokerage group Royal LePage Signature Realty, anticipates prices could be 5 per cent higher a year from now – a level he believes would be appropriate growth. But he doesn't believe they will recover their 20-per-cent decline in coming months.

"I can't imagine a scenario where prices will spike back up to high levels, because I think they were not sustainable," he said.

"They advanced way too quickly. If you said, 'My house is worth 10 per cent less than it was in the spring, is it going to go back up there,' I wouldn't count on it. But I don't think prices are frankly going to go much lower at this stage."

Buyers who have been waiting for the right time to shop again should not try to time their return to the market too finely, argues realtor Tasis Giannoukakis, co-owner of Century 21 Leading Edge Realty Inc., which has offices throughout the GTA.

Prices are down significantly from their peak and are unlikely to drop more, he believes, and it would be a mistake for buyers to wait indefinitely for a larger collapse.

"It's funny because you had someone who didn't buy a house in winter or early spring because they lost on five different multiple offers, and now that they can buy a house a lot of them are sitting on the sidelines and waiting to see," he said.

Mr. Giannoukakis said there was a lot of "chaos" in the Toronto market between May and July because people had already bought another home and were stuck trying to sell their old house, or were having financing problems after their banks appraised the value of a house below the negotiated purchase price.

"But that seems to have definitely weaned off, and I think that's going to contribute to the fact the market should rebound," he said.

The Toronto Real Estate Board also believes significant pent-up demand is still out in the market, which should lead to growing sales.

Jason Mercer, TREB's director of market analysis, said the association commissioned a special survey of buyer intentions at the end of May as the market downturn was taking hold. It found an even greater proportion of people said they planned to buy a home in the GTA in the next 12 months than a similar survey showed last October.

With the economy remaining strong and unemployment levels low, Mr. Mercer said there is no fundamental reason for sales to continue to languish.

"As we move out of the summer months and into the fall, it seems reasonable to argue that some of these buyers that have moved to the sidelines may move back into the marketplace," he said.

Given the uncertainty, however, Mr. Storey said he would prefer to wait until at least the middle of this month to assess the listing trends before advising clients on whether to sell this fall – assuming they have flexibility to wait.

The decision to list should be made based on very local factors in a neighbourhood, he said. If a client has the only condo unit available for sale in a popular building, he said he would tell them to list immediately because the condo market has remained strong throughout the downturn. If they have a detached house on a street with multiple homes already sitting on the market, he would advise waiting.

"It really depends on the property type and where it is," he said.

Stephen Soock is confident he can start wading back into the market now.

The 27-year-old research analyst who recently moved to Toronto to work in the financial industry has been watching the market correction and "waiting to pull the trigger" until he was certain the market bubble wasn't going to burst in a major correction.

Now that the market is calming down, he is starting to go see condos in various neighbourhoods around the city.

"Even if things are going to continue to down-trend for a little bit, I'd rather get in a little bit earlier rather than wait for things to start to accelerate back to the pace they were at earlier this year or a year or so ago," he said.

"It's probably better for me to be a little earlier than a little later in the cycle, if I'm going to catch it on one side or the other." 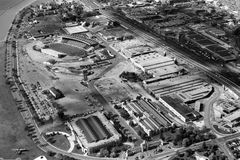 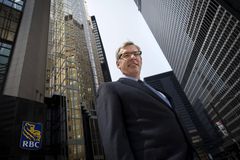 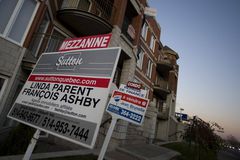