'Said the joint was rockin'," Mick Jagger sang at the El Mocambo in 1977. And for many eventful years, it was. But now the landmark venue is only reeling.

The historic two-floor club on Spadina Avenue, which has hosted such acts as the Rolling Stones (with Margaret Trudeau on the guest list), Bo Diddley, Blondie, Charles Mingus, Downchild Blues Band and Chubby Checker, has been conditionally sold by co-owners Sam Grosso and Marco Petrucci. The original closing date of Nov. 7 has been pushed back to Nov. 18. "I don't know anymore," says Mr. Grosso, when asked about the status of the building's purchase.

What he does know is that he can no longer afford to keep the place open. Mr. Grosso would not say who the new owner is, but says it's his understanding that the buyer has no intention of using the building as a live music venue.

The club's final show is a benefit concert on Nov. 6 for Light of Day, an organization that raises funds for Parkinson's research. "If the sale doesn't go through," Mr. Grosso says, "I'll probably just shut it down and keep it empty."

Up the street another musically significant venue, the Silver Dollar Room, is also in jeopardy. The Wynn Group, who owns the building and the Waverly Hotel next door, are planning on tearing it all down to make way for a private student residence, a fitness club and a new version of the Silver Dollar. Earlier in the year, the city rejected the proposal.

Generally, the city's music club scene is healthy. But, as it always has, things shift.

In its halcyon days, the El Mocambo hosted live music on the main-floor tavern, with established local acts or promising touring bands such as Roomful of Blues drawing in drinkers with meat-and-potato music and no cover charges. The name acts played upstairs, and while those are the shows people still talk about – live albums by the Stones, Stevie Ray and Elvis Costello were recorded there – the place thrived because it was a six-days-a-week drop in joint.

When the El Mocambo first thrived in the late 1970s, the Queen Street West scene had yet to develop. Now, many of music rooms on the Queen West strip bustle by using variations of the formula the El Mocambo once used.

One of the acts to play the El Mocambo's closing-night show (headlined by John Cafferty and The Beaver Brown Band) are members of the Pat Travers Band, a Toronto blues-rock outfit that in 1979 released a live album that went platinum in the United States, on the strength of Mr. Travers's bar-rocking cover of Stan Lewis's Boom Boom (Out Go the Lights). Now it is 2014, and the lights of iconic neon palm tree sign at 364 Spadina Avenue may well be going out for good.

"It changed," says Richard Flohil, a veteran publicist and concert promoter. "The music scene changed, the neighbourhood changed, and none if it has worked in favour of the El Mocambo."

The El Mocambo has gone through its own changes over the years, but in 2012 Mr. Grosso and his partner bought the property with a vision to restore its glory. "The idea was to have a place where people could hang out and enjoy the El Mocambo for what it is, with the nostalgia and old videos playing on a screen," says Mr. Grosso, who also owns the sprawling Cadillac Lounge roadhouse in Parkdale.

Mr. Grosso and his partner had purchased the venue for $2.65-million. The costly renovations were never completed, and the venue wasn't making enough money off live music alone to carry the mortgage.

The possible demise of the El Mocambo and the forthcoming closing of the Guvernment and Kool House complex on Queens Quay East – the Daniels Corp. plans to redevelop the 2.8-acre waterfront site – shouldn't be seen as signal that the Toronto club scene is flagging, though.

The Phoenix Concert Theatre was recently bought by Lisa Zbitnew, the former president of Sony BMG Music Canada. The Horseshoe Tavern, the Rex Hotel and the Cameron House on Queen West all thrive nightly, and the City of Toronto just appointed its new music sector development officer, Mike Tanner, formerly with the North by Northeast music festival.

As for the El Mocambo, Mr. Grosso has taken the trademark neon palm sign off eBay, where it was up for auction with a bid of more than $15,000. The building's sale is pending, but he still holds out hope for another alternative, which is that a white-knight partner arrives with the cash needed to help turn the venue viable again.

The future of that venerable rock club doesn't look promising, but it's the way of live music world. "Clubs come and go all the time," says Mr. Flohil, who used to promote shows at the El Mocambo and even met his wife there. "It's sad to see them go, but somebody else, somewhere else, will replace it. It's just what happens in this business." 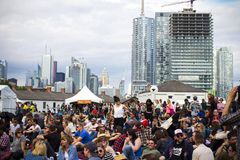 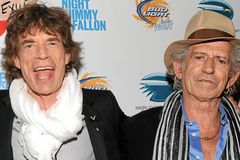 Stones continue love affair with Toronto
July 18, 2005
El Mocambo's last days marked by controversy
November 1, 2001
Follow Brad Wheeler on Twitter @BWheelerglobe
Report an error Editorial code of conduct
Due to technical reasons, we have temporarily removed commenting from our articles. We hope to have this fixed soon. Thank you for your patience. If you are looking to give feedback on our new site, please send it along to feedback@globeandmail.com. If you want to write a letter to the editor, please forward to letters@globeandmail.com.
Comments