With its chief figurehead gone, the way forward for one of the most potent political forces in recent history is unclear. The influence of Rob Ford, Jeff Gray reports, cannot be easily replaced 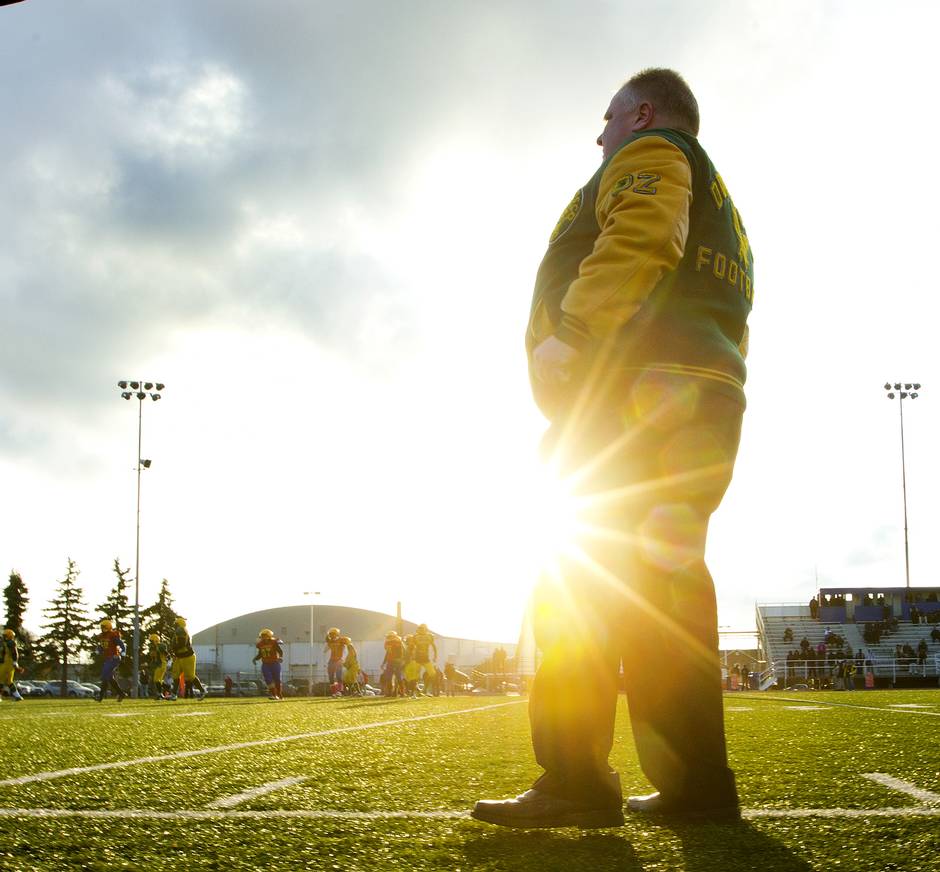 A small but steady stream of people lined up to sign books of condolence for former mayor Rob Ford at city hall over the past week. At its height, over the lunch hour a day after his death, more than 70 citizens stood quietly – rich and poor, old and young, of diverse backgrounds, men and women – waiting to sign, with a battery of TV cameras trained on them.

By just the next day, the line was rarely more than a half-dozen people in length. The cameras were gone, and the snaking velvet ropes set up to keep the queue orderly were redundant. The crowds never came close to the hundreds who waited outside and filed through the rotunda during Mr. Ford’s term for a chance to buy a signed $20 mayoral bobble-head doll.

Many in the lines this week were diehard political supporters, telling The Globe they forgave all Mr. Ford’s faults – his crack use and alcohol abuse, racist and vulgar comments and erratic behaviour – because of how he promised low tax rates and attacked wasteful city spending. Many spoke of a more personal connection to the former mayor, calling him a “good man,” or a “regular guy,” or recounting how he helped them personally in dealings with City Hall.

But some appeared to have little idea about Mr. Ford’s politics at all, attracted instead by his status as a celebrity. In an interview with local TV news channel CP24, one woman compared his effect on the city’s global profile to performers Drake and The Weeknd. It remains to be seen how Toronto will respond next week, when Mr. Ford’s casket will be lying in repose at City Hall for mourners to pay respects. But there is no doubt that Mr. Ford’s political movement, dubbed Ford Nation, was massive and potent.

I think the Ford brand name certainly is transferable. I just don’t know if the fervour of the loyalty with Doug can ever be the same as [with] Rob.
John Capobianco, veteran Conservative campaign strategist who worked on the Ford campaign in 2010

Said to be made up of alienated, mostly suburban, anti-tax and anti-government voters, many of whom had not voted in previous municipal elections, it blindsided the city’s political elites with Mr. Ford’s win in 2010, giving him 47 per cent of the vote. However, the burial of its chief figurehead, a retail politician with whom many in Ford Nation felt a deeply personal connection, now makes its future influence in the city’s politics an open question. Some observers say Ford Nation’s power could wane without Rob Ford to inspire it to go to the polls. Others say it could easily rise again, either under the leadership of his brother, Doug, or another leader, noting similar populist insurgencies south of the border in the presidential candidacies of Donald Trump and Bernie Sanders.

Veteran Conservative campaign strategist John Capobianco, who worked on the Ford campaign in 2010 but switched sides and helped draft current Mayor John Tory to run in 2014, said it is not clear that Doug, who took over his brother’s mayoral run when cancer forced him to withdraw, could truly take Rob’s place. 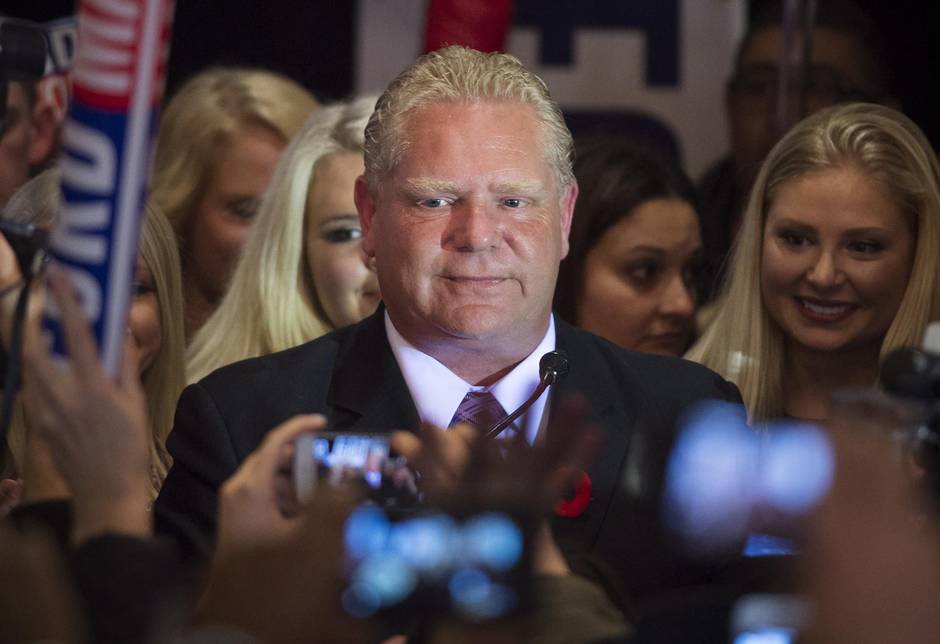 “This is the dilemma we had on the Tory campaign. When Rob dropped out and Doug came in, the big question for us was, is it transferable?” said Mr. Capobianco, a senior vice-president with FleishmanHillard. “I think the Ford brand name certainly is transferable. I just don’t know if the fervour of the loyalty with Doug can ever be the same as [with] Rob.”

The future influence of Ford Nation at city hall could get its test as early as three months from now, as city council must decide shortly what to do with Mr. Ford’s empty seat, Etobicoke’s Ward 2. After declaring the seat vacant, council can either fill it with an appointee, or call a by-election. Since the next election is not until 2018, a by-election looks likely.

Speculation centres on both Doug Ford, who has said recently that he hopes to run for a seat in the Ontario Legislature under Progressive Conservative Leader Patrick Brown, and on Rob Ford’s nephew, Michael Ford, who won a seat on the school board in 2014. It was Michael who dropped his bid for the Ward 2 council seat to make way for Rob in the 2014 campaign, when the ailing incumbent’s cancer forced him to hand his mayoral bid to his brother Doug. The seat could be a useful platform for Doug, if he changed his mind and chose to mount a challenge to Mr. Tory in 2018, as his brother had vowed to do if his cancer had not claimed him this week.

The distinct quality of Rob Ford was his ability to tap into a wider-than-we-had-imagined degree of alienation, discontent and disconnectedness that many people in this city felt with city government
Myer Siemiatycki, Ryerson University politics professor

Whatever happens, Mr. Capobianco – who has known the Fords for decades – says the winning candidate in Ward 2 will share their last name, keeping the seat under Ford Nation’s control: “There is no question that seat is going to be a Ford.”

But he still says it would be a rare politician who could truly inherit the keys to Ford Nation.

“A politician can’t just pretend to do this. You can’t just say, ‘I am going to represent the little guy.’ You have to kind of innately be that person,” Mr. Capobianco said. “Is there anyone else who can play a role like Rob? There can be or may be. But you can’t appoint or anoint somebody as that person.”

There are clearly some politicians who hope to try. An hour-and-a-half after news of Mr. Ford’s death made headlines around the world on Tuesday, City Councillor Giorgio Mammoliti was waiting for a TV camera to accompany him out into Nathan Phillips Square, where he planned to write a tribute to Mr. Ford in sidewalk chalk. Mr. Mammoliti told The Globe he hoped to be among those who would take on the former mayor’s mantle at city hall.

“We need to make sure that that voice carries on,” he said. “And I am going to do my best, certainly, to bring that voice forward, and to try to be as effective. There’s a few of us that want to be. I don’t think that any one person can do it. I don’t anybody can sit in his shoes in the same way.” 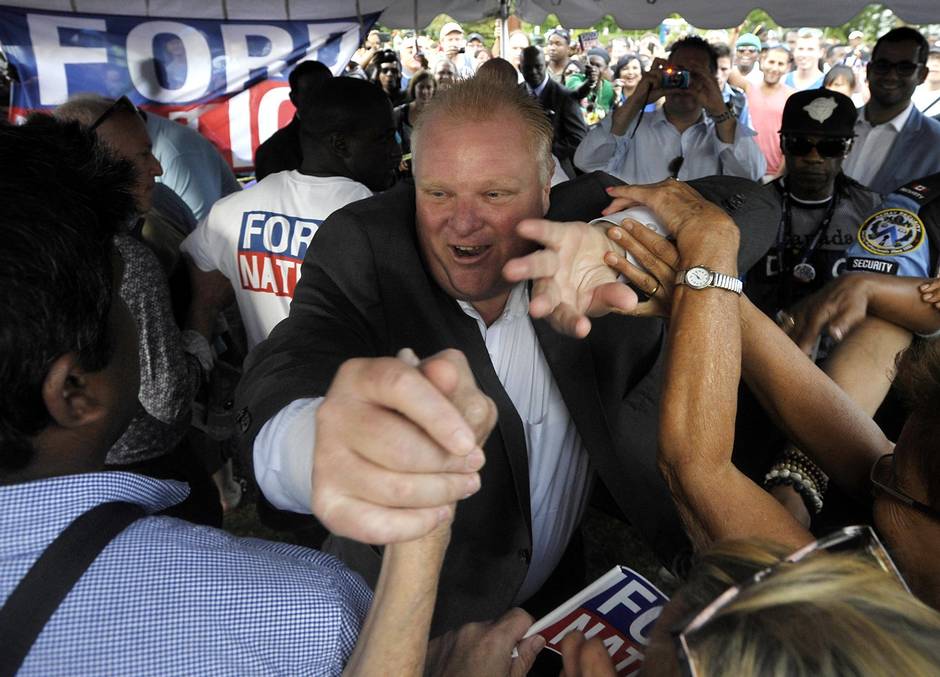 Toronto mayor Rob Ford is greeted by hundreds of enthusiastic fans at FordFest held in Thomson Memorial park in Scarborough, July 25, 2014. (J.P. MOCZULSKI FOR THE GLOBE AND MAIL)

Ryerson University politics professor Myer Siemiatycki said Toronto’s increasing polarization, in terms of a growing income inequality that divides the already alienated suburbs from the increasingly affluent downtown, could very well result in other populist political candidates. But he argues there is no reason the city’s next insurgent political outsider could not come from the left, like Bernie Sanders in the U.S. Democratic presidential race, instead of the right.

“The distinct quality of Rob Ford was his ability to tap into a wider-than-we-had-imagined degree of alienation, discontent and disconnectedness that many people in this city felt with city government,” Prof. Siemiatycki said. “That malaise that Ford was able to tap into will not disappear, it will exist. The question is, will anybody be able to tap into it and express it in some political fashion or other?”