The Queen West Triangle was one of the earliest and noisiest battlefields in the condo wars. When developers started buying up land in the old industrial area south of Queen Street and west of Dovercourt Road, local activists feared they would push out all the artists and ruin the character of the neighbourhood.

Something quite different has happened. The area is indeed changing, with construction cranes looming, condos popping up left and right, and gentrification in full swing. But far from being banished from what was supposed to become a bourgeois wasteland, the arts are thriving.

A deal approved this month will see a local developer build a 36,000-square-foot Art Hub in the lower floors of a new condo at Lisgar and Queen streets. Seven non-profit groups specializing in film, video, photography and animation will make up the Toronto Media Arts Cluster, occupying a dramatic new space that will feature a 200-seat cinema.

The artists, previously scattered around the city and often struggling to cover the rent, will get a permanent home worth millions. The developer, in exchange, will get to build a few extra floors on his condo. Cost to the city government: zero.

The Art Hub is just the latest of several arts-related amenities coming to the area. The old Carnegie Library on the south side of Queen Street will become a new theatre, built with money from a developer and help from the federal and provincial governments. An arts-themed park is going in behind the postal station next door. Yet another deal with the developer has already created 70 studios for artists in the Artscape Triangle Lofts, part of a separate condo.

All of this would have been hard to foresee a few years ago when the Triangle fight was at its peak. The area started gentrifying in 2004, when the dilapidated Drake Hotel reopened as a hipster bar and music venue. It was soon joined down the street by the Gladstone, another artsy makeover of an old hotel. Developers saw the potential and started moving in on the Triangle, a neglected wedge of land bounded by railway tracks.

A well-organized neighbourhood group, Active18, fought bitterly against the scale and design of development. The focus was the struggle to save an old building full of artists' lofts at 48 Abell St. When they lost their case at the Ontario Municipal Board, bells of doom seemed to toll for the artistic character of the area.

But Active18 soon saw it could salvage something out of its defeat. Developers want their buildings to have as many units and as much height as they can get, the better to make money. The city often allows them to build beyond zoning limits if they agree to pay for some sort of community benefit. This so-called Section 37 money is creating new parkettes, redone sidewalks and new performing spaces across the city – a windfall from the condo boom.

In the Triangle, the result is a profusion of space where artists can live, work and display their creations. "For us, it was a reasonably straightforward business proposition," says developer Alan Saskin, president of Urbancorp, which is building The Edge and The Epic condominiums and financing the Art Hub. "We got more density and we can use the money from that to subsidize these arts groups."

Everyone wins. Active18, once the scourge of developers, now praises Mr. Saskin for being open to unorthodox concepts like sticking a bunch of video artists in a condo. Mr. Saskin praises the local councillor, Anna Bailao, for being bold enough to see how the synthesis of art and development could work. Even city hall gets marks for shepherding the deal through.

It's not a perfect outcome. Active18 still thinks the development in the Triangle is too dense and the design often cheesy. But Charles Campbell, a lawyer who speaks for the group, concedes that something good is coming out of it all. "The character of the neighbourhood is changing but surviving, maybe even improving."

The lesson of the whole experience is that developers and artists need not be enemies. Together, in the Queen West Triangle, they are creating a unique new neighbourhood that will be a draw for the whole city. 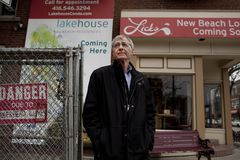 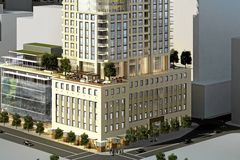 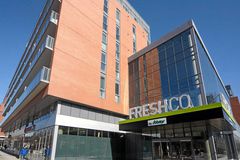 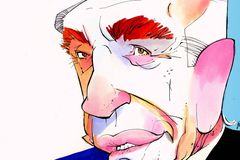 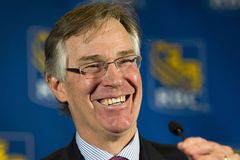 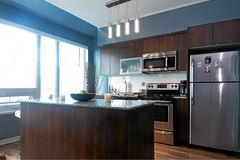 On Site: Builder expands the concept of penthouse living
May 11, 2012 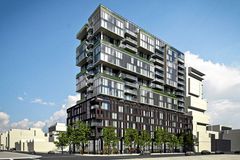