A small west-end media arts consortium is battling the City of Toronto, a powerful condominium builder and Toronto Artscape in what has become a messy David-and-Goliath fight for control over a new $9-million, 36,000-square-foot cultural space going up in a prime Queen West location.

The marquee facility, which has been built using development levies charged to the builder, is located in a 665-unit Urbancorp complex on Lisgar Street, near Queen Street and Dovercourt Road, and is certain to become a cultural destination in an area where land speculation and gentrification have driven out artists.

The group, comprising four non-profits known as the Toronto Media Arts Cluster (TMAC), launched a lawsuit that accuses the city and the developer of reneging on a 2011 agreement that would have allowed it to assume management of the facility in early May, and begin leasing space to other media arts tenants.

TMAC's statement of claim, filed in the Ontario Superior Court on May 27, alleges the city and Urbancorp allowed the contract to lapse, and seeks damages, as well as an injunction. The document states that TMAC has invested $800,000 in the space, and has donor pledges of $2.5-million.

"This was a signed deal," says Henry Faber, who chairs the TMAC board and runs a game development space. "The whole thing was designed for TMAC."

TMAC officials also contend that Toronto Artscape, a non-profit operator of arts and cultural spaces on whose board local councillor Ana Bailao sits, has been waiting in the wings to take over the facility. Urbancorp president Alan Saskin chairs Artscape's fundraising arm; his firm partnered with Artscape on another project that created 68 artist live/work units in the Westside Gallery Lofts, which is around the corner from the new complex.

Mr. Saskin dismisses the lawsuit as "frivolous" and says changes in TMAC's leadership led to construction delays and $100,000 in "wasted" consulting fees. He says he "really can't speculate" on whether Artscape wants to run the facility.

Artscape executive director Tim Jones acknowledges that over the past several months, his team became involved in trying to sort out "real problems" with TMAC's business plan. "Our purpose was to be helpful, not to take sides," he says, and recommended "a reset" to city officials and the developer. Asked if Artscape wants to operate the space, Mr. Jones replied, "It's not something we're angling for."

Ms. Bailao says the city pulled the plug on TMAC by allowing the 2011 agreement to expire to "ensure that the asset is protected." She notes she consulted council's integrity commissioner last month about her own role, and was advised to recuse herself from further involvement should Artscape decide to bid on the facility. (A spokesperson says the city won't comment on the lawsuit.)

But Mr. Faber says Ms. Bailao made the decision. "Councillor Bailao made it clear that she was calling the shots. She wasn't willing to extend the date."

Neither the city nor the developer has responded to the statement of claim, and TMAC's allegations have not been proved in a court of law.

The city's move to distance itself from TMAC will has triggered a public meeting set for June 25 and possibly a new request for proposals from groups interested in operating the facility.

This confrontation is the latest chapter in a drawn-out struggle by downtown arts groups to secure space in a red-hot real estate market. When builders discovered West Queen West a decade ago, many local artists were sent packing.

The city negotiated a Section 37 deal with Urbancorp, offering more floors in exchange for an arts hub. The space, says Ms. Bailao, was initially meant for the Museum of Contemporary Canadian Art, but the gallery withdrew.

Mr. Jones claims Artscape introduced TMAC to Urbancorp. Established in the mid-1980s, Artscape's mandate was to provide affordable live/work lofts for artists. The organization has since branched out, and now manages venues such as the Wychwood Barns and the Daniels Spectrum. Artscape reported 2013 revenues of $5.6-million, including a $315,000 grant from the city.

Since 2011, TMAC has worked with Urbancorp to design the facility, a process that involved weekly meetings with architects and project managers.

Mr. Faber and other TMAC members vigorously dispute suggestions that their organization isn't prepared to manage the space. He says city officials last fall approved TMAC's financial plan, which "detailed a steady rollout of services, acquisition of new members, and donor support for $1.5-million." Heritage Canada had already provided an $800,000 grant to fit out the cinema.

TMAC board member Lauren Howes, executive director of the Canadian Film Distribution Centre, says she's not surprised that Artscape seems to have entered the picture in recent months. "Of course they'd want a $9-million building." But she questions why Artscape should dominate the management of Toronto's cultural hubs. "There has to be more than one model of arts building in this city." 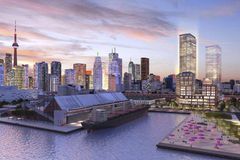 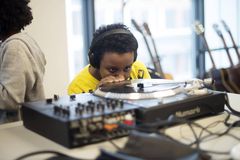