One of Toronto's police leaders is on leave after giving a speech calling for drastic cost-saving changes to the force.

Deputy Chief Peter Sloly, long seen as a reformer, is also the subject of three union complaints after he slammed the billion-dollar police budget on Friday and said hundreds of officers' jobs could stand to be trimmed. The remarks to a small group of young entrepreneurs were streamed online.

On Tuesday, Deputy Chief Sloly was off work. Mark Pugash, spokesman for the service, said the deputy chief is simply taking annual leave, and it was completely his choice to do so.

Mr. Pugash said he did not know how long Deputy Chief Sloly would be away from his duties or if he had previously planned to take time off this week. When asked if he was on vacation, Mr. Pugash said "apparently."

Deputy Chief Sloly is still in Toronto and was reached at home on Tuesday, although he declined to speak to media.

Long considered a rising star, Deputy Chief Sloly once spearheaded a review of community policing and was seen as a front-runner to become the new chief last year. Current Chief Mark Saunders got the job.

The Friday talk, which included answering audience questions, was for the Studio Y fellowship program at the MaRS Discovery District. A video of it was hosted by an external app but expired after 24 hours.

According to a Toronto Star report, Deputy Chief Sloly said the police force could make better use of data and technology, that it wastes money on infrastructure, and that top brass had laughed at his calls to improve use of social media, which he said could have changed the course of two multiple shootings in 2012, at Danzig Street and the Eaton Centre.

"We run around all over the city in the most unfocused way, reacting to what you call us for, as opposed to trying to understand what's going on and . . . putting our most important resources in the best place," he said, according to The Star.

He also spoke about being "scrutinized and stigmatized and followed" by police as a young black man in Scarborough. In his interview for chief, he had told the board the biggest issue for police right now is earning trust and legitimacy, he said.

Chief Saunders was not available for comment on Tuesday, but he had said earlier that he would not be distracted by the remarks, Mr. Pugash said.

"When he was applying to be chief, he made it clear that his position was [that] there needed to be transformational change, and that's what he's working on now," Mr. Pugash said.

The Toronto Police Association did not take the comments lightly, filing formal complaints on Tuesday to the chief, the police services board and the Ontario Civilian Police Commission, union president Mike McCormack said. If the complaints are upheld, Deputy Chief Sloly could be reprimanded or face other penalties.

More junior officers have been disciplined for calling the police tribunal a "kangaroo court" and making other disrespectful remarks, and Deputy Chief Sloly's comments were no different, Mr. McCormack said.

"I'm not taking issue with the things he's talking about, but those things need to be explored in the proper forum with the proper evidence-based solutions," and not by someone bitter over losing the top job, which is "how it comes across to our members," he said.

City councillor Shelley Carroll, a member of the Toronto Police Services Board, threw her support behind Deputy Chief Sloly, saying he spoke in the spirit of free debate and that his ideas are in line with what the chief and the board are already exploring.

"I'd say maybe the chief wants to proceed a little more deliberately and a little more slowly than Peter was talking about, but … you really can't call this a departure and insubordination," she said. "Peter Sloly was speaking in that frank and rather modern way that's he known for."

The opposition from the union is "internal politics," she said.

Editor's Note: The original newspaper version and an earlier digital version of this article incorrectly said the speech by Deputy Chief Peter Sloly to a small group of entrepreneurs was not posted on the MaRS website, although it publishes video from past speeches on the site. In fact, the video isn't posted there because it was hosted by an external app and expired after 24 hours. This online version has been corrected. 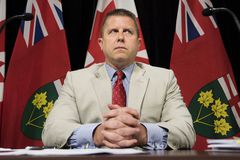 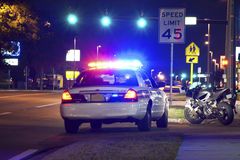