Toronto Mayor John Tory supports a proposal to significantly rein in a controversial program that has given developers tens of millions of dollars in tax rebates to spur office tower construction even as the city's downtown enjoys an unprecedented building boom.

On Wednesday, Mr. Tory's executive committee is to debate proposed reforms to the city's decade-old Imagination, Manufacturing, Innovation and Technology (IMIT) property-tax incentive program, which typically allows qualifying developers to obtain a rebate worth 50 per cent to 70 per cent of the property taxes owed over a new building's first 10 years. The tax break is meant to allow landlords to offer cheaper rents and make it easier to attract tenants.

The program has come under scrutiny, however, as it has pledged millions of dollars in tax handouts even as Toronto's downtown office market has become among the hottest in North America.

The proposed changes would see most applications from developers within a broadly defined downtown core – where the city's office boom has exploded in recent years – excluded from any subsidies, except for rare, massive, "transformational" development projects. Buildings from Bathurst Street to the Don Valley, and as far north as Dupont Street, would otherwise be ineligible for the tax rebates. The reforms would also make other changes, including imposing higher environmental standards for buildings seeking tax breaks.

Mr. Tory said the current program led to concerns about "office shuffling," in which some downtown Toronto office tenants could be induced to move and enjoy discounted rent in newly constructed buildings, built only after a "big cheque from the city" was handed to their new landlords.

But developers are balking at the plan. In a letter to the executive committee, Joel Pearlman, an executive with Menkes Developments Ltd. who heads an industry lobby group, warns the changes could have "unintended negative consequences."

Mr. Pearlman, head of the greater Toronto chapter of the Commercial Real Estate Development Association, known as NAIOP, says that barring applications from such a broad section of Toronto's centre, beyond the traditional boundaries of its financial district, conflicts with the city's goal to attract office development along a large stretch of the waterfront and other downtown areas still without substantial new office space.

"By excluding [these areas] from the program, the city is effectively working against its own economic self-interest and planning objectives, as these are the exact locations the City has targeted for new office development," Mr. Pearlman says in the letter, which also warns the new environmental standards will make buildings more costly.

At the same meeting, Mr. Tory's cabinet-like executive will also be mulling a plan to cap the skyrocketing tax increases that small independent businesses, particularly along a downtown stretch of Yonge Street, have seen in recent years and consider a new 4-per-cent tax on hotel rooms.

The IMIT program, which has pledged a total of $566-million in grants for 31 projects, was established under then-mayor David Miller in 2008, when the city was suffering from a long-term building slump amid a global recession. Since then, the city's office market has surged and now posts the lowest vacancy rate in North America, even though new towers have sprung up in its downtown and the "south core," south of the traditional financial district and closer to the waterfront. However, the subsidies have remained in place.

After a lengthy review, city bureaucrats are recommending the boundary changes and other reforms: Projects must have a minimum construction value of $5-million and must document the new jobs created. Total tax breaks would be capped at $30-million for each project.

Mr. Tory says the tightened program – which also applies to factories and creative and high-tech industries – can now be used to lure development outside the core and into the city's suburbs, where the program has been unsuccessful in attracting new office space.

A key pillar of the grant program is known as the "but for" principle: The city must establish that the developer's plans would not go ahead without the grant.

An external report from Hemson Consulting Ltd., commissioned by the city on the program, says IMIT "likely" played an important role in "catalyzing" office development in the south core and waterfront early on.

However, the report concludes that "it is unlikely that the IMIT Program serves as a deciding factor in most site selection processes within the current context of these areas."

The report estimates that only 20 per cent to 25 per cent of the 47,000 jobs said to be created by the program were actually new to the city. The remainder, it says were "retained" in Toronto by moves or relocations made possible by the program.

City Councillor Gord Perks, a left-leaning critic of the mayor who has long opposed the IMIT program, says it was more limited when first brought in, but now should be scrapped.

"It has turned into this monster that has cost Torontonians half-a-billion dollars," Mr. Perks said. "It's time to pull the plug."

City staff insist the program has meant an average of $29-million in net increased tax revenues each year, arguing that without the tax-refund grants, the qualifying projects – and the bigger tax bills that resulted from the development – would not have gone ahead.

Mr. Perks dismisses this notion as naive, however, saying Toronto, with its stable banks and talented work force, would have attracted a development boom over the past decade regardless.

Projects receiving IMIT grants include: Oxford Group's $139-million, 30-storey new waterfront home for Royal Bank of Canada, which is getting a $13.8-million discount; the new eastern tower of the Bay Adelaide Centre, home to accounting and consultancy firm Deloitte, which is getting $8.7-million; and First Gulf's $120-million project on King Street East, home to The Globe and Mail and other tenants, which is receiving $11.9-million.

There are another 20 projects that have not yet been approved under the current regime of tax grants which developers say they want them to proceed under the old rules. 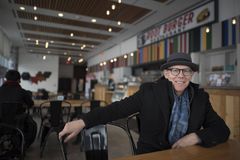 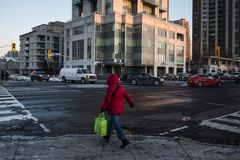 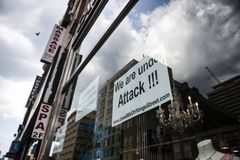