When a woman is sexually assaulted in a public place, how much detail should be released by authorities? Separate attacks in two Toronto parks Sunday underline the complexities of crafting a policy that works for everyone.

The two unrelated incidents occurred within 11 hours of each other.

The first took place Sunday morning in a small park near Finch Avenue and Don Mills Road in North York: A 20-year-old woman walking her dog was accosted by a man who held a gun to her ribs and then forced her into a secluded area of the park where he sexually attacked her.

The second incident happened around 8:30 p.m. in west Toronto's High Park and was less violent – a 27-year-old woman taking a break from jogging was approached by a man as she sat on a park bench. He struck up a conversation and made a sexual grab for the woman. She struggled free, and her assailant then bolted.

The twin attacks came on the heels of a recent clutch of other well-publicized sex assaults, and at first glance it may appear as though a mini-epidemic is under way in the city. Last month alone, the Toronto Police Service issued an unusually high total of 36 news releases involving sex offences.

Several of those communiqués involve two or three suspects believed to have struck more than once.

Yet if there's been a surge in such incidents, or at least the number of incidents reported, statistics do not suggest a long-term trend.

As of Sept. 30, in line with other types of crime, the number of sexual assaults recorded by Toronto police so far this year totalled 1,212 – a 12 per cent decline compared to the same date in 2011, when there had been 1,382.

Included in those tallies are domestic sex assaults, which often do not get publicized because they are self-contained and no danger to the public is immediately seen. They also encompass sexual exploitation, and invitation to sexual touching, charges chiefly laid when the victims are children.

The criteria for deciding whether to go public with news of a sexual assault are clear, TPS spokeswoman Meaghan Gray said: When there is a threat to public safety; when information about the suspect is needed; and when there may be additional victims.

That said, a sexual attack can mean many things, and the Criminal Code specifies three broad types: sexual assault; sexual assault with a weapon; and aggravated sexual assault. In each category, a sentencing judge has wide leeway, depending on events.

All sex-assault victims remain anonymous, but might it be useful for police to tell the public whether the assailant is a groper, a rapist or something in between?

The question is not new, and it has been raised at public awareness meetings.

"The debate's quite divided amongst people as to how much information should be given out," Ms. Gray said.

Along with most other police services in Canada, she said, the TPS view is that it would be a mistake to begin layering sex-assault media releases with information about how much force was used.

"If we put out more detail on what the sexual assault entailed, some people may attribute a level of seriousness to one sexual assault compared to another, and that's not the message we want to send," she said.

"We want to send the message that every single sexual assault is serious, and that it means any unwanted sexual contact, and they're all investigated that way.

"They don't need us telling them what to do, don't walk at night, don't do this, don't do that… it would not be helpful for us to be reinforcing the myth that sexual assault only happens to women who don't protect themselves."

Particulars about the assault may also comprise "holdback evidence" – facts known only to the perpetrator.

As well, the case can be made that when a serial sex offender is lurking in a particular area, as appears to have happened recently with a series of incidents in the downtown Bloor-Christie area, residents will ask around and at least get an anecdotal sense of how he operates.

"What people need to know is that for example you have a man who approaches women in a certain kind of way before he attacks them – he looks like this, is he in a car or on a bike, the type of clothing he wears.

"That's the kind of information that's important to know: Information about how the sexual assault transpired."

In the Finch Avenue East/Don Mills Road assault, the suspect is described as as black, 20-30, with braided hair and tattoos on both arms. The suspect was last seen wearing a black T-shirt and blue jeans. The suspect was armed with a black handgun with a round barrel. 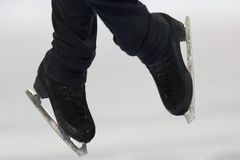