Porter Airlines is seeking a buyer. Ottawa is saying no to jets. Opponents want to see the whole thing disappear. What’s next for the island airport? Jeff Gray reports 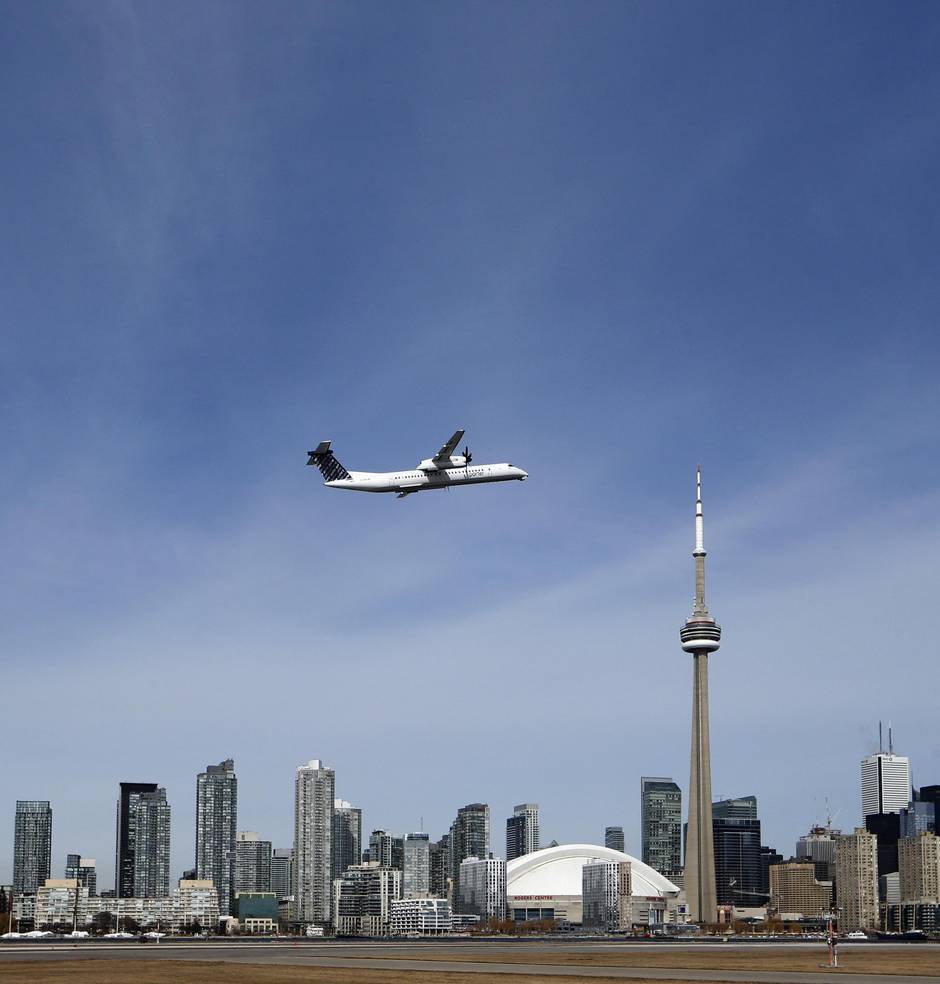 Estimated number of annual air passengers in and out of Southern Ontario by 2043: 90 million

The defeat came after a decade of against-the-odds wins for Mr. Deluce, the Tory-connected swashbuckling aviation entrepreneur who built up Porter and its home base, Billy Bishop Toronto City Airport, in the face of both vociferous local political opposition and airline-industry skepticism.

Just days before Mr. Garneau’s announcement, Mr. Deluce, who has accused his opponents of spreading “untruths and misinformation,” was still arguing his potential $2-billion jets order would be the best kind of shot-in-the-arm for troubled Bombardier.

In e-mails this week, Porter spokesperson Brad Cicero said Mr. Deluce was “unavailable” for an interview, because he had “nothing new to say.” He offered a statement he said could be attributed to his boss.

“Porter is committed to serving Billy Bishop Toronto City Airport for the long term,” the statement reads. “We will continue assessing options for overall growth, but have nothing to announce at this time.”

The silence has not suppressed the questions swirling about what the future holds both for Porter and the revitalized airport its growth has spawned. If Porter is sold to a rival, struggles, or even fails, without its jet-contingent growth plan, many wonder whether the decades-long battle over Toronto’s airport will be considered finished, or simply start anew.

Insiders have told The Globe and Mail that Porter is looking for a buyer as its original investors look for a way to cash out. The company, whose attempt at an initial public offering failed in 2010, has denied that it is up for sale. But with its high-stakes growth plan quashed, the airline is now much less attractive to any buyer. Porter’s expansion at its home base remains limited by the ban on jets and the caps placed on noise levels at Billy Bishop in a 1983 “tripartite agreement” between the city, the port authority that runs the airport and the federal government.

Buoyed by the success of their no-jets campaign, community opponents are rallying again to ask for even more restrictions on the airport. Ultimately, some even envision a city without the island airport when that tripartite agreement expires in 2033. 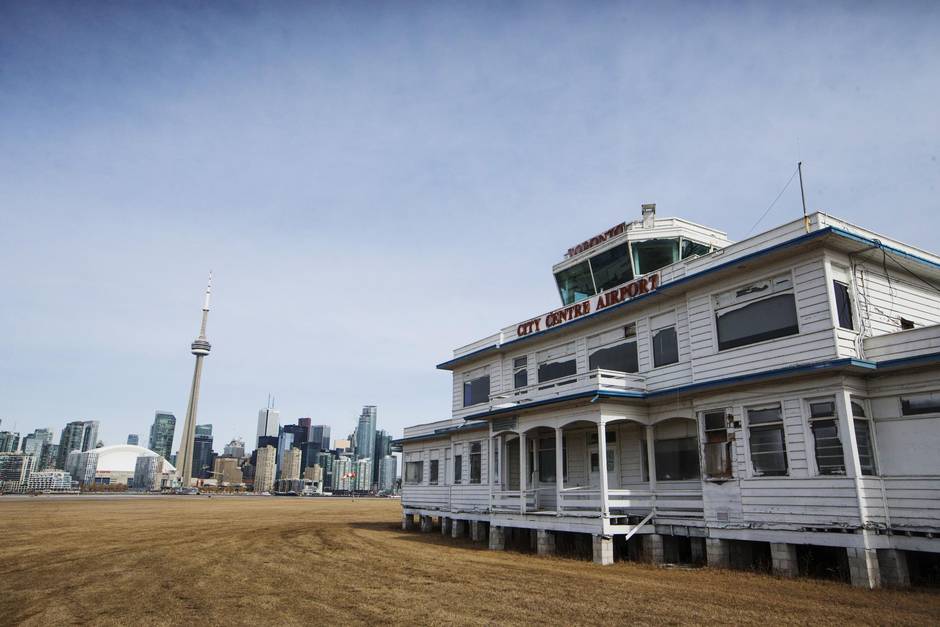 The default locus of discussions of airports in the Greater Toronto Area is usually the massive Pearson International. But with projections showing demand for air travel in the broader Southern Ontario region hitting 90 million passengers by 2043, Pearson is looking to the area’s smaller regional airports – including those in Kitchener-Waterloo, Hamilton, Oshawa and Peterborough – to play bigger roles, and fit into a plan to try to accommodate that growth.

According to numbers from the Greater Toronto Airports Authority (GTAA), even taking future expansion at Pearson into account, the region’s runways will only be able to handle about 70 million passengers in 2043 – a gap of 20 million that means travellers, and the economic growth they represent, will simply go elsewhere.

One idea to help cope, according to a report consultant Joe Berridge prepared for Pearson, is to co-ordinate complementary roles for the smaller airports, in order to help Pearson and the region as a whole handle the growth. The concept means the airports would need to work together and avoid being “directly competitive.”

On Monday, the Toronto Region Board of Trade is holding its annual aviation summit on this issue at its First Canadian Place headquarters, with discussion panels featuring representatives from some of Southern Ontario’s smaller airports.

The GTAA has already launched a dialogue with other Southern Ontario airports on the issue. However, its report says, an “air travel division of labour appears to be emerging in the region even without co-ordinated planning.”

Here are some of the airports mentioned in the report:

With its already immense size and growth plans, Pearson aims to remain the country’s, and one of the continent’s, keyinternational travel and cargo hubs.

This traditionally working class city’s municipally owned airport is increasingly targeting the private executive-class travel market, even changing its name last year to include the word “executive.” The airport plans to take advantage of the planned closure of Markham’s Buttonville Airport, which currently handles some of this traffic, and is expected to grow.

While Hamilton says it has a growing passenger business, it also has key strengths in multimodal cargo and the courier business, and boasts that it is the largest overnight express freight airport in Canada – a business that can benefit from avoiding the congestion and intense traffic of larger airports such as Pearson.

“What’s the Plan B for 2033, or earlier, if Porter goes under?” asks Brian Iler, a lawyer and community activist with the group Community Air. “Any prudent board of directors should be looking at what happens, what we do and engaging the community in a plan for alternate uses.”

Meanwhile Billy Bishop Airport itself, which last year opened a $90-million, 30-metre-deep tunnel under the harbour’s waters – paid for by airport passenger fees – is planning for the long-term and looking to finance repairs for its aging runways.

Geoff Wilson, the chief executive officer of PortsToronto, insists the future of the airport is bright. Its feuds with waterfront neighbours over engine noise and traffic congestion are being resolved, he says, and its place in the city as an economically valuable transportation hub is assured – jets or no jets.

The decision to build the tunnel, he said, came long before Mr. Deluce’s jets plan and was meant to make the flow of traffic on the mainland more regular, less subject to the bunching that comes with the airport’s ferry. The airport is also investing in massive new noise barriers – including a new engine-testing enclosure that could cost as much as $7-million – and noise complaints are down, he said.

Mr. Wilson says Billy Bishop, with its gleaming new terminal, full slate of flights (including a small number of slots reserved for Porter competitor Air Canada), is here to stay. He points to an Ipsos-Reid poll, commissioned by PortsToronto, that suggests 84 per cent of Torontonians believe the airport is “an important part of Toronto’s future economic growth.”

The question is, is he making enough money the whole year to record an annual net profit pre-tax?
Robert Kokonis, airline industry consultant

But even the upbeat Mr. Wilson acknowledges that the airport faces some fog on its horizon.

He is urging the federal government to support Billy Bishop’s bid to convince the United States to bring in customs preclearance for U.S.-bound passengers at the airport, a system in place at most other major Canadian airports that would allow flights from the island airport to U.S. airports, such as Washington’s Reagan National Airport, that do not have customs staff.

PortsToronto has asked for the 2033 expiry date in the tripartite agreement to be simply scratched out. One reason is that the upcoming renewal of the airport’s 1960s-vintage runways, a project due to start in June and costing “tens of millions,” is more difficult to explain to a bank, Mr. Wilson said, when there is an end date, at least on paper, on the asset. He says he believes the people of Toronto would never actually allow the airport, “a principal economic driver,” to vanish in 2033 anyway.

Another unknown is whether Transport Canada will make Billy Bishop comply with international protocols and add new safety buffer zones to the ends of its runways, even if Mr. Deluce’s plan to actually expand them into the water to accommodate his jets never comes to pass.

Even without jets, the airport still expects to grow and accommodate more planes, more passengers and maybe even more airlines. WestJet has expressed an interest in flying into Billy Bishop, Mr. Wilson said. And a “dialogue” with possible future U.S. carriers who could use the airport continues, Mr. Wilson says, despite a current lack of open slots.

More slots could be added in the future, even under the tripartite agreement, he said, provided noise maximums are not exceeded. But the airport has undertaken a policy of “managed growth,” capping those slots for now.

Without jets, the airport’s focus on short-haul, high-frequency business travel, he says, fits in well with plans by Pearson International Airport to co-ordinate the efforts of Southern Ontario’s regional airports in order to accommodate demand for air travel that is expected to keep growing.

However, there is no question that Billy Bishop Airport and Porter Airlines now face a more hostile environment in Ottawa. Liberal MP Adam Vaughan has long been among the airport’s most vocal opponents, and recently became Prime Minister Justin Trudeau’s parliamentary secretary for intergovernmental affairs. The vacancies on the PortsToronto board will now be filled by the Liberals. Mr. Vaughan and Transport Minister Marc Garneau both declined to be interviewed.

Some observers wonder if the government could be persuaded to change its mind, especially with the Liberals musing about bailing out ailing Bombardier, for whom Porter’s jet order would have been a key boost. One Ottawa source dismisses such talk, saying the decision is “done.” 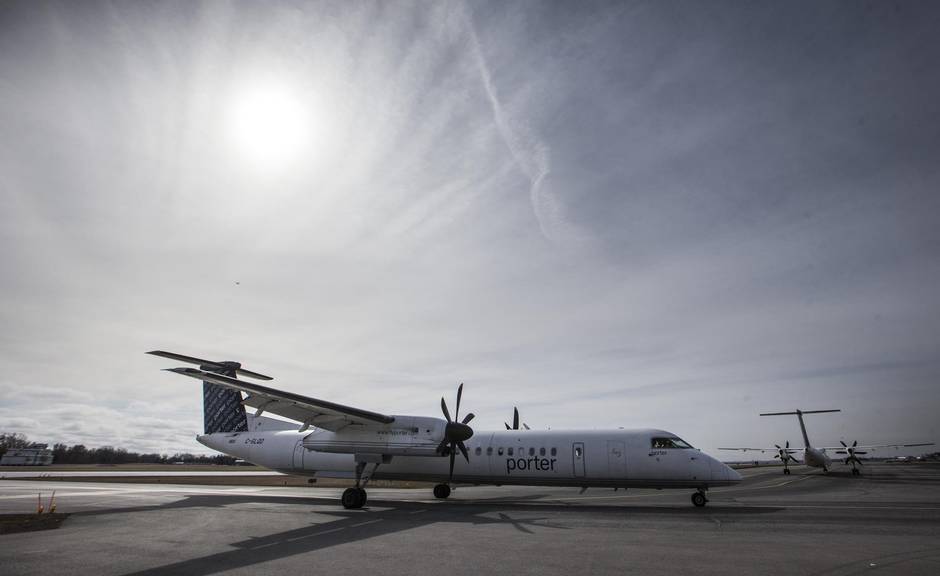 A spokesman for Mr. Deluce said the Porter founder has met with a “small number” of MPs since the election, primarily new representatives “interested in learning more about Porter.” The U.S. customs preclearance issue was a topic, he said, as was “a brief discussion of the jets proposal because it was a timely subject.” But he said Porter has made no request for the government to reconsider its decision.

With jets off the table, Porter must look at new ways to grow. Airline industry consultant Robert Kokonis suggests Porter could try for a “Hail Mary pass” by keeping its Bombardier order and actually operating the jets out of Pearson, extending the airline’s brand to commuters who want to fly into an airport closer to Toronto’s suburbs. But this, Mr. Kokonis said, could result in a “bloodbath” competition with Air Canada and WestJet.

Key to any discussion of Porter’s future is the unknown factor of just how much money the privately held airline makes now. In its prospectus for its withdrawn attempt at an initial public offering in 2010, it was not profitable and had accumulated $44.5-million in losses since its 2006 launch.

But last year, Porter sold its island airport terminal, which cost the company $50-million to build, for an undisclosed price variously reported to be as high as $400-million to $750-million. The proceeds were used to wipe out Porter’s debt.

And Mr. Kokonis said he thinks Mr. Deluce may be in the black at least in high season, noting that he has survived more than nine years, a good run for a startup airline: “The question is, is he making enough money the whole year to record an annual net profit pre-tax? He may not be. And that may be adding to the antsiness of investors.”