When Yaron Panov had chemotherapy to fight off the same rare type of cancer that has been found in Toronto mayor Rob Ford, the 59-year-old engineer lost his hair and was debilitated by pain, fatigue and nausea.

"I know some people who couldn't get out of bed for a while. Chemotherapy is a treatment that destroys your body, not just your cancer but the good cells as well. So you feel sick. Physically sick," Mr. Panov recalled in an interview.

"Fatigue. Not being able to concentrate. You stay at home and you look at the walls."

Mr. Panov, a Toronto-area resident, shared his story because it had a happy ending. Despite many travails and expenses, he and his wife, a physician, found a new cancer treatment in the United States that customized his chemotherapy and enabled him to fight back. He is now hoping to bring that new technology to Canada.

He was 55 when he was diagnosed with liposarcoma, an uncommon malignant type of tumour that arises in fatty tissue. Because there are no effective screening strategies for liposarcoma and because it grows in soft tissue, it is often detected late, after it has already grown into a large mass.

Mr. Panov had surgery at the Toronto General Hospital but the cancer came back three months later.

The second time, surgery was no longer an option because the cancer was too spread out. Doctors suggested chemotherapy but the prospects were grim.

"Because it's such a rare recurrence, they didn't have that much experience in Canada with this cancer and that's why I looked for solutions elsewhere," Mr. Panov said.

With his wife, Rochelle Schwartz, he turned to the U.S., where a new technique called Tumorgraft was being developed by the research firm Champions Oncology Inc.

In Tumorgraft, cancerous cells from the patient are implanted and grown on lab mice, then various drugs are tested on them, enabling doctors to find the best pharmaceutical combination.

Thus, Mr. Panov discovered that the chemotherapy cocktail initially prescribed to him at Mount Sinai Hospital wouldn't have been effective on his tumour while another drug normally used for colorectal cancer would have worked.

Taking the guesswork away from chemotherapy is a major benefit because the treatment is so hard on patients, he said.

"Any oncologist you'll ask today, they'll tell you it's an educated, intelligent guess to give you chemotherapy but it's a guess regardless."

Mr. Panov said his successful treatment enabled him to see his two sons graduate from university.

And he is optimistic that he could get even better treatment because newer, more potent drugs are being developed and, thanks to the mice, he wouldn't have to be a guinea pig to see if they're suitable treatment for his type of cancer.

"It helped me to be very positive, which was easier for me to say `Be positive' because I had something behind me that supported me," he said.

"In the case of Rob Ford, all he has is just his faith, right now. I hope that he has access to this technology as well. I really feel for him, to get such news."

The new treatment didn't come cheap. Mr. Panov and his wife sold their house and moved to a condo.

He hopes to bring Tumorgraft to Canada. The price tag could come down if many patients use it and costs would be offset because it would cut down on redundant chemotherapy, he said.

Mr. Panov and Dr. Schwartz are now working with the Mount Sinai Hospital foundation to raise money to make the treatment, which is also called Precision Chemotherapy, to the Toronto hospital. 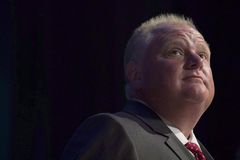 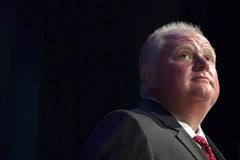 Opinion
As Rob Ford shows, leaders must be clear about their health
September 18, 2014