When she lived at 47 Lynngrove Ave., Crystal Anderson used to lie in the yard with her young son and gaze up into branches of the ancient oak that towered over her house – a magnificent thing with thick, rough, grey bark, a crown of shiny leaves and heavy, reaching branches that made it look spooky on Halloween.

Passersby used to stop to remark on its beauty. Arborists said it might be more than 200 years old, predating the nearby Montgomery’s Inn, a historic landmark built around 1830. LEAF, a non-profit tree-protection group, named it a finalist in the “survivor” category of the Great Toronto Tree Hunt, a search for the city’s notable trees.

When she and her husband sold the house last fall, Ms. Anderson gave the new owners a pile of documentation that attested that the tree was in good health despite a large cavity at the base. So she was taken aback at what happened next. 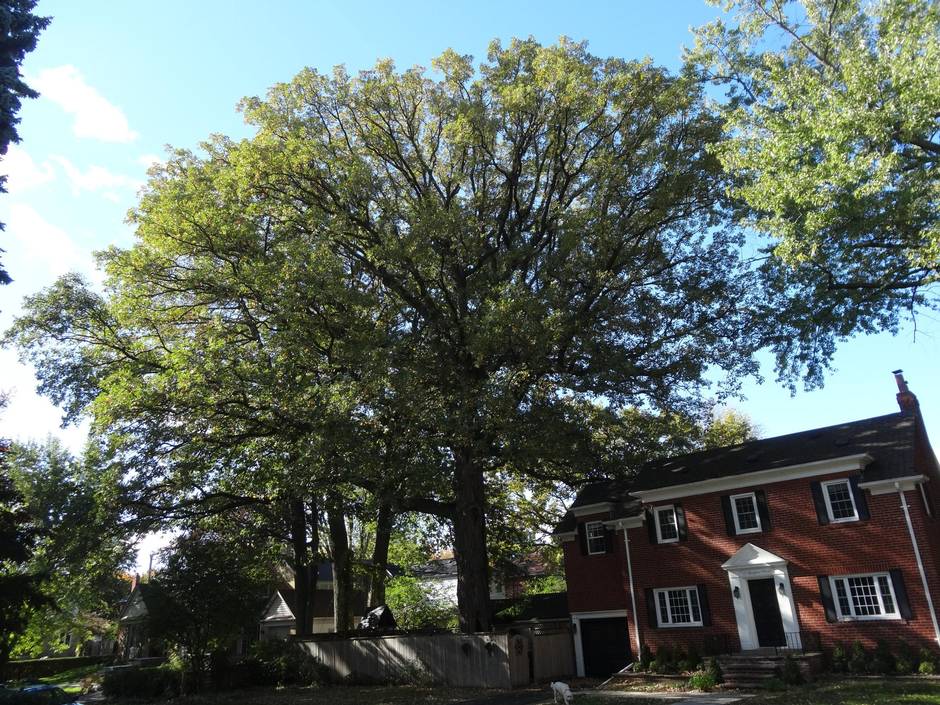 The tree before its felling. (Philip van Wassenaer)

Earlier this month, the sound of chainsaws broke the quiet of the comfortable Etobicoke neighbourhood. All that was left of the tree this week was a massive trunk with scars where the branches used to be. On Friday afternoon, workmen with a crane were taking even that down. Ms. Anderson is left wondering why the tree had to go.

The city says nothing untoward happened here. Everything was by the book.

Toronto has strict regulations on the cutting of trees. Their purpose is to protect the glorious tree canopy – a feast for the eyes, a balm for the soul and a benefit to the environment. The rules work most of the time.

You can’t get rid of a tree, even on your own property, if it is healthy and more than 30 centimetres in diameter. But there are exceptions. Trees can be removed if they have damaged or might damage a roof. Trees can be removed to make way for the building of a new house (although, whatever the reason for removal, property owners must always plant a new tree to replace the old).

Trees can be removed if they “are in poor condition and cannot be maintained in a healthy and safe condition.” This is what happened at 47 Lynngrove.

The new owners say they saw the cavity in the tree, worried about their two-year-old playing under it, consulted arborists and applied for a removal permit. After a visual inspection of the tree, city officials issued one. And so, the chainsaws roared.

Owner Charlie Deeks says he and his wife would have preferred not to fell the tree, but safety came first. “We’re very upset that the tree had to come down. We moved to the area for the trees and neighbourhood.”

Ms. Anderson insists the old oak was healthy. It had survived for generations. It didn’t lose a single branch in the great ice storm of 2013, which felled or damaged so many big old trees. An arborist she consulted in 2012 did drilling tests and deemed the tree robust despite the cavity. Another test using sound waves reached the same conclusion last October. 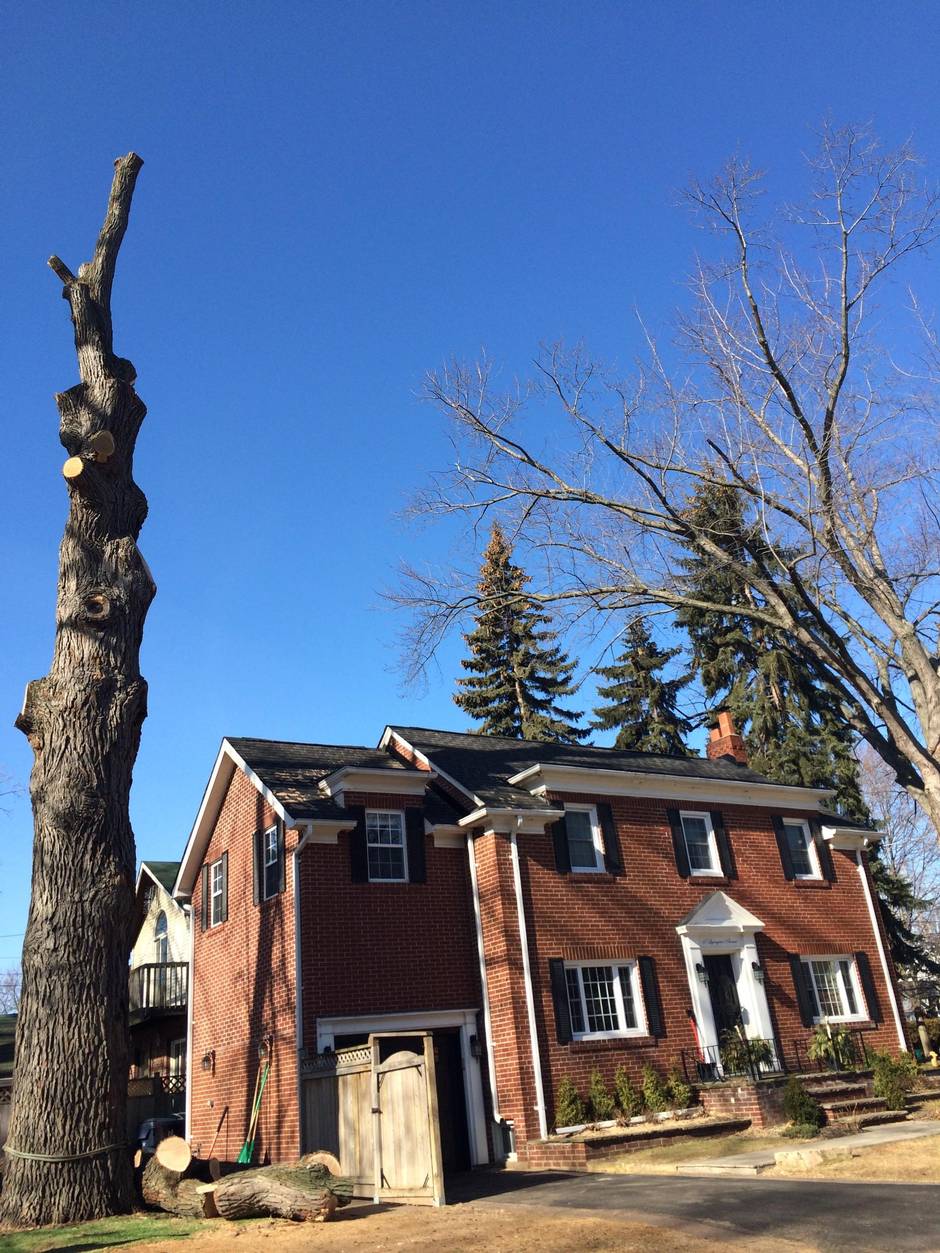 The Lynngrove oak – after the chainsaw. (Crystal Page)

“That tree was about as healthy as you could possibly get. That was a super-vigorous and healthy tree,” says arborist Philip van Wassenaer, who joined Ms. Anderson at a local coffee shop this week to talk about the lost oak. They say the neighbourhood should at least have received some notice before the cutting started.

Local city councillor Justin Di Ciano says he was shocked to hear the tree is being taken down. He didn’t hear of the decision until after that fact. “It’s a very unfortunate set of circumstances.” Forestry officials “fight like hell” to protect Toronto trees, he says, and they don’t issue removal permits lightly.

Whatever the rights and wrongs of the Lynngrove case, the story of the lost oak shows how important it is to protect the city’s trees, and how strongly people feel about them.

In the Kingsway, a well-tended enclave on the west side of the Humber River, residents formed a special group, Kingsway Tree Preservation, just to fight for the trees. They believe that as more people expand their houses or knock them down to build bigger ones, the trees are in danger.

Kingsway people are passionate about the trees that shade their yards and span their rustic streets – birch, maple, apple, pine and above all the old oaks.

The Lynngrove tree was a bur oak, a native North American species that can grow up to 50 metres. This one stood through Confederation and two world wars. “Now,” Mr. van Wassenaer says, “it can only be an example of what shouldn’t happen.”