The goal? Make it from Bathurst and Queen to the Don Valley Parkway in under 40 minutes. But all while navigating past the brutal congestion and construction that's plagued the city this summer – the water-pipe replacement on Adelaide Street, the streetcar-track repairs on Spadina Avenue and the condo construction downtown. Oh, and you lose points every time you lay on the horn. Fun, right?

Toronto drivers feel like they're facing the worst gridlock in years – and there's no question that we are indeed spending a vast amount of time in our cars. The Toronto Board of Trade estimates that more than $6-billion will be lost in productivity this year as a result of congestion.

But in a city where every form of vehicular conveyance seems pitted against the other, to say nothing of traffic versus construction, it's worth remembering that traffic happens for a reason. And it's probably not the reason you think.

Next time you're trapped in your car, repeat this mantra to avoid road rage: I'm here because I live in an economic powerhouse.

"I can't think of a single successful city, I mean, a place that is an economic powerhouse, that has relieved congestion," said Eric Dumbaugh, director at the School of Urban and Regional Planning at Florida Atlantic University.

The problem of gridlock in Toronto is exacerbated by the volume of construction – condo development, TTC expansions and infrastructure upgrades – coupled with the city's ever-swelling population.

Raphael Fischler, director of the School of Urban Planning at McGill University, says we should suck it up. "The fact is that Canadians in large cities are going to have to live with major road work in the coming years and decades, because we have old infrastructure that needs to be redone. Period."

The question of whether this year's congestion is worse than any previous year depends on how the quality of traffic is measured. But the city's figures do not point to an especially high number of work sites. The number of major roads under construction this year is 32, a slight decrease from 2011, says Gord MacMillan, a director of design and construction at the city's technical services division. "We've had a very good year this year," he says, with no major schedule delays.

A very good year? So why does it feel like carmaggedon?

Any driver crossing the city core will suffer. The downtown bears the brunt – as an older neighbourhood, its streets were built at a time when car traffic was less of a consideration. Its age also means that infrastructure needs renewing more frequently. And the high concentration of construction zones in this area makes the entire neighbourhood feel like one giant traffic jam.

The alternative, argues John Norquist, the former mayor of Milwaukee and now president of the Congress for the New Urbanism, is streets that emphasize moving cars and trucks quickly, at the expense of a street's other purposes: to provide opportunities for people to open businesses, spend money and interact.

Meanwhile, the city strives to make construction projects run as smoothly as possible.

If the city and Toronto Hydro learn that they need to tear up the same section of street, Mr. MacMillan said, they may collaborate to complete their work at the same time.

Next year, the city will have a leg up on its multiple projects, said Jeffrey Climans, who dovetails city work with that done by various utilities as director of the major capital infrastructure co-ordination office. New software will display capital projects in real time and, as of 2013, all capital infrastructure projects will pass through Mr. Climans's office.

"[It] allows us to flag conflicts or opportunities to tie projects together that may not have been apparent," Mr. Climans said.

But inevitably, efforts at co-ordination appear to fall short.

In 2011, Dundas West residents and business owners learned that their street, previously ravaged by streetcar-track replacements and water-main work, would be torn up to install new gas lines.

Jacqueline White, acting director for transportation services for Toronto and East York, echoed Mr. MacMillan, but added, "Sometimes, reality kicks in and [emergency] work has to be done."

In addition to the long-term planners, the city has "work-zone co-ordinators" – short-term planners – visiting work sites almost daily, Mr. MacMillan said. They observe a project's impact on drivers and, if necessary, make recommendations on how to better manage traffic.

But both Mr. MacMillan and Ms. White contend that because every project is different, it's impossible to extrapolate any big fixes or grand ideas for relieving congestion from the observations of these co-ordinators.

It may be cold comfort to the driver who finds herself parked on the Gardiner Expressway each day at 5:15 p.m., but Mr. Dumbaugh argued that the alternative is far less desirable.

"It's a sign of the success of a place that there are a lot of people who are trying to go in, around and through it at the same time," he said. "I think that, inherently, when your place is successful, you're going to have that demand for people travelling." 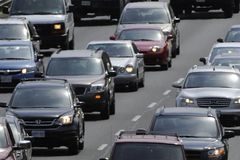 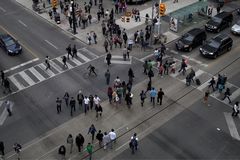 Gardiner Expressway repairs to cause traffic headache for a decade
May 16, 2012 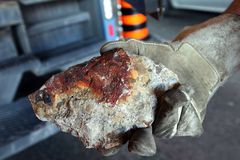