In 1980, there were 5.7 million students in elementary schools in South Korea. Today there are three million. That's not population decline. That's population collapse.

South Korea is about to get much, much smaller, posing huge challenges for its economy and aging population. All because one of the most tightly knit cultures in the world simply can't tolerate the thought of letting in foreigners.

The country is of special interest to Canadians, these days. Between now and early next year, the Canadian and South Korean parliaments will be asked to ratify a comprehensive new free-trade agreement, the first between this country and an Asian nation.

The Canada-South Korea accord "signals we are ready for further 'big deals' in Asia and the tough decisions that accompany them," said Len Edwards, former deputy minister of foreign affairs, who served as ambassador to South Korea in the 1990s. "It's a sign of commitment."

Dynamic, prosperous, hungry to get ahead, Korea has gone from being poor to being rich in the space of two generations, making it an ideal gateway to the Pacific for Canada. But South Korea has a problem.

With one of the lowest birth rates in the world, the republic is about to lose a large chunk of its population. According to Statistics Korea, the current population of 50 million will start to decline some time between 2020 and 2030; by 2060, it will have plummeted to somewhere between 34 million and 44 million.

By then, South Korea will be a country full of old people. Half of the population will be over 60, while only a fifth will be under 30. There will be few workers available to pay taxes to support health care for the elderly, or to buy the cars and houses and other goods that drive an economy.

"This is a very serious concern," said In-jin Yoon, who studies immigration issues at Korea University in Seoul. "Parents are not having enough children to sustain the population, and we are not bringing in immigrants to replace the children who are not being born."

Most developed countries have birth rates below the 2.1 babies-per-mother needed to sustain the population. But South Korea's is among the very lowest, at 1.2. (Canada's is 1.6). Partly, that's because most parents pay for private education for their children, which strips the typical South Korean family of virtually all disposable income.

Although Japan confronts a similar challenge, most other developed countries look to immigration to supplement the native-born who are not being born. But Koreans are deeply proud of their shared culture and ethnicity and reluctant to let in foreigners.

"In a way it was almost easier 20 years ago," says Jasmine Lee. Filipino-born, she met her Korean husband in 1994 and moved to South Korea. After a career in television, she was elected to the National Assembly in 2012 as its first naturalized citizen.

When she first arrived in South Korea, Ms. Lee recounts, she was so exotic that people treated her as an object of fascination. But with young South Korean women increasingly scarce, South Korean men, especially in rural areas, are seeking brides from abroad. South Koreans are also exposed to the thousands of temporary foreign workers who toil in jobs South Koreans are unwilling to do themselves.

Many South Koreans believe the answer to the looming demographic disaster lies with North Korea. Sooner or later, goes the theory, the peninsula will unite, bringing 25 million new citizens to fill vacant jobs and to pay needed taxes.

But unification is anything but certain. And 25 million impoverished North Koreans, who have been isolated from the world for decades, will not easily integrate with the South. In the meantime, the increasing shortage of children will make it harder to keep the South Korean armed forces at strength.

The country, in short, faces several difficult futures. In one, population collapse savages the economy, brings on widespread poverty among the elderly and threatens national security. In another, a unified peninsula strains the limits of the South's ability to absorb its northern neighbour. In a third, immigration leads to racial tension and a crisis of confidence among ethnic Koreans.

For all that, Prof. Yoon remains optimistic. "I believe we must talk about the importance of opening up our society, and as we talk we will understand that immigration is not something to fear," he believes.

"It will be difficult, but I believe that people will realize this is our only choice."

Globe and Mail journalist John Ibbitson is on leave, serving as a Senior Fellow at the Centre for International Governance Innovation. He returns to The Globe in January. 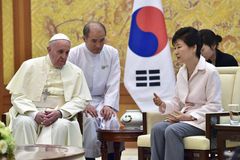 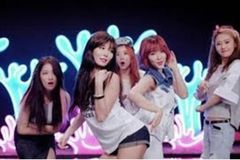 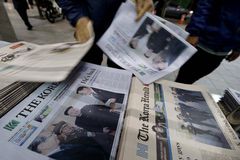