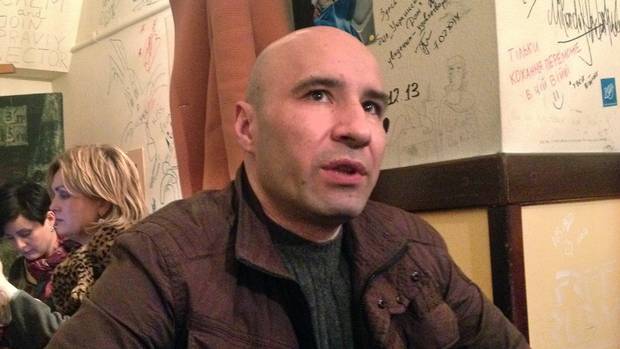 Yuri Kalinichenko usually takes an optimistic view of life, but he is finding it hard to be hopeful these days.

“Everyone has worries about how it is going to be,” Mr. Kalinichenko says in halting English as he sips coffee in a Kiev restaurant. “I would say it has hit me personally as a Ukrainian citizen, emotionally.”

Like just about everybody in Kiev, Mr. Kalinichenko has no illusions about the results of Sunday’s referendum in Crimea, which is certain to vote to join Russia. It’s what happens next that has him and so many others worried.

He doesn’t trust Russian President Vladimir Putin and he has no faith in the European Union, the United States or Canada. He’s convinced Mr. Putin has designs on taking all or part of Ukraine and he doubts the West will do much about it. “It’s questionable,” he says, referring to the West. “It depends on what happens. But at this stage there’s no sign that Western [countries] will help us because you don’t see it.”

This isn’t some theoretical discussion for Mr. Kalinichenko. His life has already been upended by the turmoil in Ukraine – and things won’t get any easier.

He’s a German translator by profession, having picked up the language after travelling there 10 years ago to look after his sister, who had fallen ill and later died. Until last year, he did a lot of work for a German company in Kiev that imported gears. He translated documents and helped get employees through immigration, earning as much as $2,000 (U.S.) a month. That gave him enough to rent an apartment and help care for his 68-year-old mother, who has lung cancer.

A few months ago, the German company pulled out, fed up with the corruption and instability in Ukraine. His other clients cut back once the protests began in November, and now Mr. Kalinichenko, 42, is lucky if he earns $500 a month. He recently rented out his apartment and moved in with his parents, who live on the outer suburbs of Kiev. He’s looking for another job, but no one is hiring in the current environment.

And there is more worry ahead. Mr. Kalinichenko’s mother starts a round of chemotherapy in May that will cost $1,500 a month. His 76-year-old father, who still works as a water researcher in a Soviet-era lab, has some money saved, but Mr. Kalinichenko isn’t sure it will be enough.

He says his story isn’t unusual. “Ukraine is not a very rich country, and a lot of people have gotten used to doing without certain things,” he says. “We do a lot with almost nothing.”

When asked what he thinks will happen after Sunday’s vote in Crimea, Mr. Kalinichenko outlines several scenarios, all bleak. His best outcome is Kiev remaining a free city state, surrounded by a Russian-dominated Ukraine. “That’s something reasonably optimistic,” he says with a smile. “There are smaller countries. It wouldn’t be best, but what should someone do?” 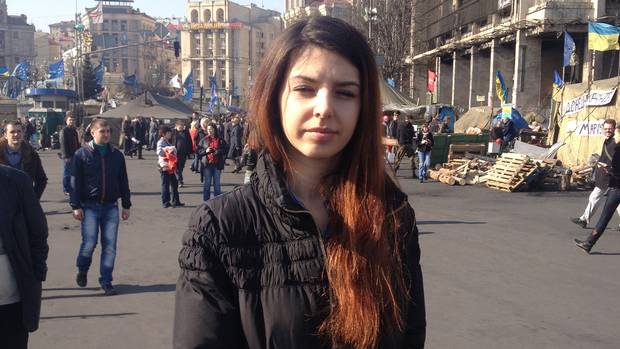 She’s a budding journalist but Olena Makarenko won’t watch the news on television any more.

“I get too upset,” Ms. Makarenko says. “At first when Russian troops appeared in Crimea [last week], I was preparing more for war. I was asking my parents, ‘Should I go to work? What should I do?’ It was really scary. I was afraid it would be real World War III.”

She has gone back to work, but thoughts about where Ukraine is headed after Sunday’s vote are never far away. “I’m trying not to worry,” she says in near-perfect English as she clutches a cup of tea. “I’m a Christian and I believe God knows all the situations. But when I think logically … I don’t believe that Russia will take Crimea and stop.”

Just 27 years old, Ms. Makarenko is still trying to sort out her own future, which would be difficult enough without the threat of a war with Russia. She graduated from Kiev’s Polytechnic University four years ago and hoped to find a job in journalism. But as it is for many young Ukrainians, finding a job was difficult, and the best she could do was a boring office position in a communications equipment company that paid her about $600 a month. She eventually quit and struck out on her own, picking up freelance work writing corporate communications articles and editing videos for her church. She barely gets by and lives at home, but the extra time has offered the chance to learn English, giving her a third language after Ukrainian and Russian. She nearly landed a job with a local television channel as a copy writer, but the station dropped the position once the protest movement took hold.

At home, her parents have been worried about Russia for years, believing it always had designs on Ukraine. Her father, a physics and math professor at the polytechnic university, “saw this coming a long time ago,” she says.

The family has been divided about the protest movement, known as Maidan. Her older brother wasn’t convinced the protesters would accomplish anything. He also questioned whether Ukraine should tie itself so closely with the European Union, as the protesters wanted, or develop independently of the EU and Russia.

Ms. Makarenko backed the Maidan and believes the country would be on its way to making substantial reforms if the Crimean situation hadn’t erupted. “The country would be going in the right direction if this hadn’t happened,” she says. “It’s like in your personal life: If you are away from your comfort zone, you are growing up, but you need some time. Here is the same situation, but now we have a big barrier on it.”

And like many people in Kiev, she is not convinced the West will really help Ukraine. “Maybe they are waiting to see how far Putin will go.”

In the meantime, Ms. Makarenko plans to cling to hope and her faith. “My mom is also Christian. We believe somehow it will be solved.” 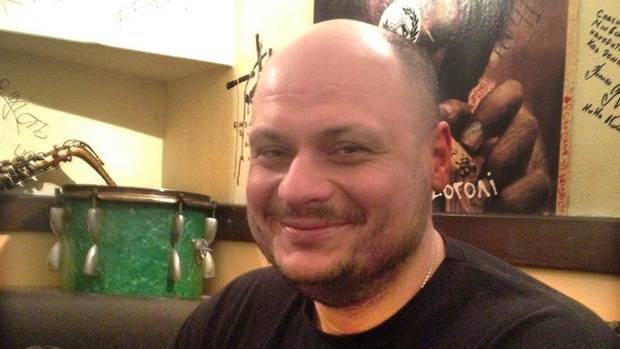 “I asked my mom ‘Why is everything so bad? How are we going to live?” Mr. Marchenko recalled through a translator as he sat in a Kiev pub drinking cola. “My mom said something very wise; ‘People who survived the collapse of the Soviet Union, they are not afraid of anything’.”

Mr. Marchenko, 42, has been living by those words these days as he runs his window-making business in Kiev. He employs 15 people full-time, including his wife and several other family members, and another 50 casual workers. There is plenty of work, but cash is tight and many clients simply can no longer afford to pay “They say that money is the blood of the economy. And right now that’s a big problem,” he said.

Officially the Ukraine economy is bordering on bankruptcy and the crisis with Russia has made things worse. But Mr. Marchenko said the small business owners he knows are coping and his company is still turning a profit.

“I don’t see that my friends, my acquaintances, or my partners are in any kind of outright fear of what’s going to happen,” he said. “Clearly a war with Russia isn’t good, but the Ukrainian people and the Ukrainian nation have lived in these kinds of conditions for the last thousand years.”

Mr. Marchenko is something of an anomaly in Ukraine’s small business sector. He has degrees in agricultural economics and law and spent several years working in a bank before quitting to start his own business. He also works as a notary public, something he views as a public service.

His dream for Ukraine is to break free of all dependencies and develop links with other countries such as Brazil, China and India along with Africa. Ukraine can’t compete with Germany, he said, but it could hold its own in India. He can still remember what it was like during Soviet times and how that system held the country back. “I really remember quite well what it’s like in a closed system. You don’t want to do anything. It’s not interesting,” he said.

For now Mr. Marchenko is staying optimistic. No matter what happens with Russia, he believes Ukraine will survive and thrive.

“Ukraine is a very strong country,” he said. “It’s unbelievable how wealthy the territory is…Given our large territory, the resources, the forests, it’s more than enough for us to be successful.”