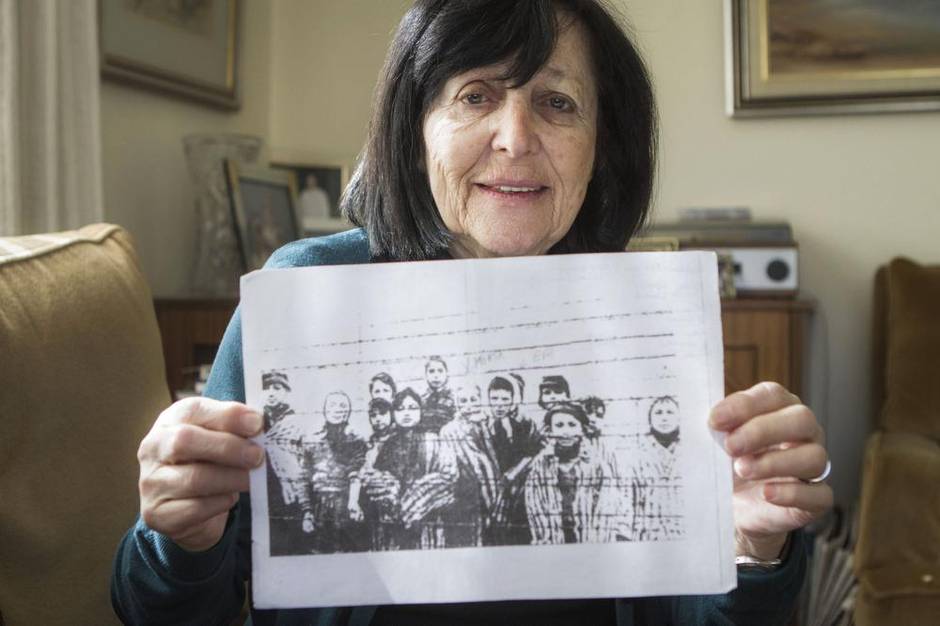 Marta Wise holds a famous black-and-white photo, taken by the Russian liberators of Auschwitz, showing her, centre, with about a dozen children in rags standing behind a row of barbed wire. (Dan Balilty/Associated Press)

Marta Wise was ill and emaciated when she heard the distant sound of soldiers marching toward Auschwitz. The 10-year-old Slovakian Jew assumed it was German troops coming to get her but once she saw the red stars on their uniforms she realized they were Russian. Her nightmare was over. She was liberated.

More than a million Jews died in the infamous Nazi death camp, but on Jan. 27, 1945 only a few thousand sickly inmates remained at the most vivid symbol of Nazi cruelty after most were marched off to die elsewhere. Now, 70 years later, as the world marks International Holocaust Remembrance Day, Wise is one of the few remaining survivors who were actually there when the terror in Auschwitz finally ended.

‘That I survived and my sister survived is beyond me. I’ve never been able to work it out.’
Marta Wise 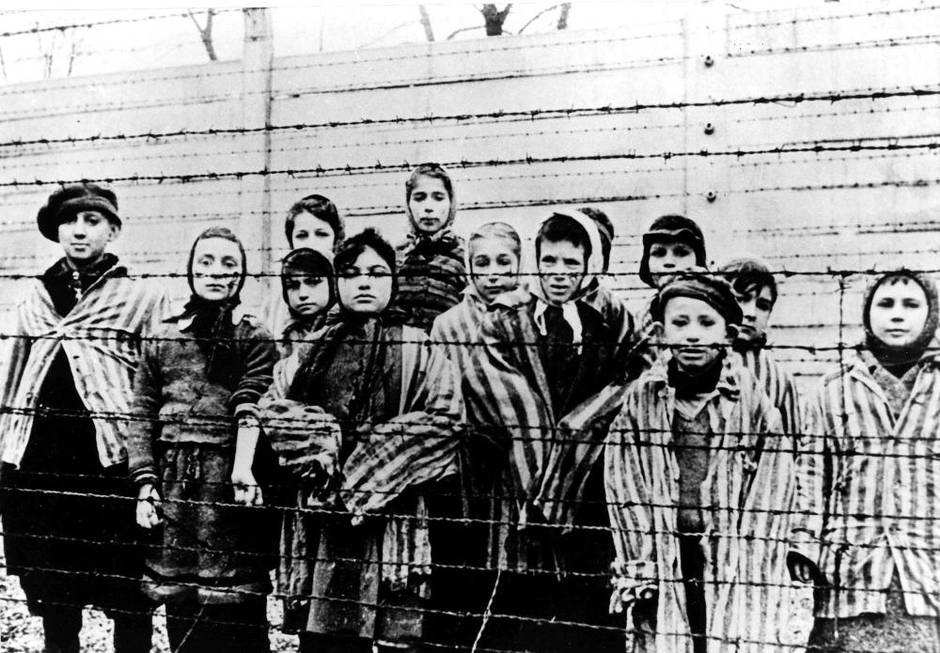 A picture taken just after the liberation by the Soviet army in January, 1945, shows a group of children behind barbed wire fencing at Auschwitz. (Associated Press)

A famous black-and-white photo of about a dozen children in rags standing behind a row of barbed wire, taken by the Russian liberators, has become one of the most iconic images of the Holocaust. Among the children featured is a rail-thin Wise, who weighed just 37 pounds when the Russians arrived, and her older sister Eva, whose sunken cheeks gave her a deathly gaze.

“That I survived and my sister survived is beyond me. I’ve never been able to work it out,” said Wise, now 80 and living in Jerusalem. “To me, as far as I am concerned, the 27th of January is my second birthday ... because that’s when we got another lease at life.”

More than any other locale, Auschwitz has come to represent the horrors of the Holocaust, in which six million Jews were systematically killed by Nazi Germany and its allies. Its name has become synonymous with the Nazi genocide as it reflected the meticulous German effort to exterminate Europe’s Jews – a plan dubbed the “Final Solution.”

Along with 1.1 million Jews, more than 100,000 prisoners of war, Poles, gypsies and other minorities also died in Auschwitz and the adjacent Birkenau death camp in gas chambers, crematoria, or from starvation, disease and forced labour.

The camps were the most notorious in a system that Germany built and operated in occupied Poland, home to Europe’s largest prewar Jewish population and at the heart of a railway network that allowed the Nazis to easily transport Jews there from elsewhere in Europe.

Wise and her sister arrived at the camp in November 1944, when it was already in its waning days. Wise, who was blond, lived under an assumed Aryan identity with false papers throughout the war until she was finally caught on her 10th birthday and taken to the Sered labour camp in Slovakia. A few weeks later she was sent to Auschwitz and had the number A-27202 tattooed on her arm.

There, Wise and her sister were put in the medical experiment block of the brutal Nazi doctor Josef Mengele and subjected to his torture alongside twins and dwarfs. 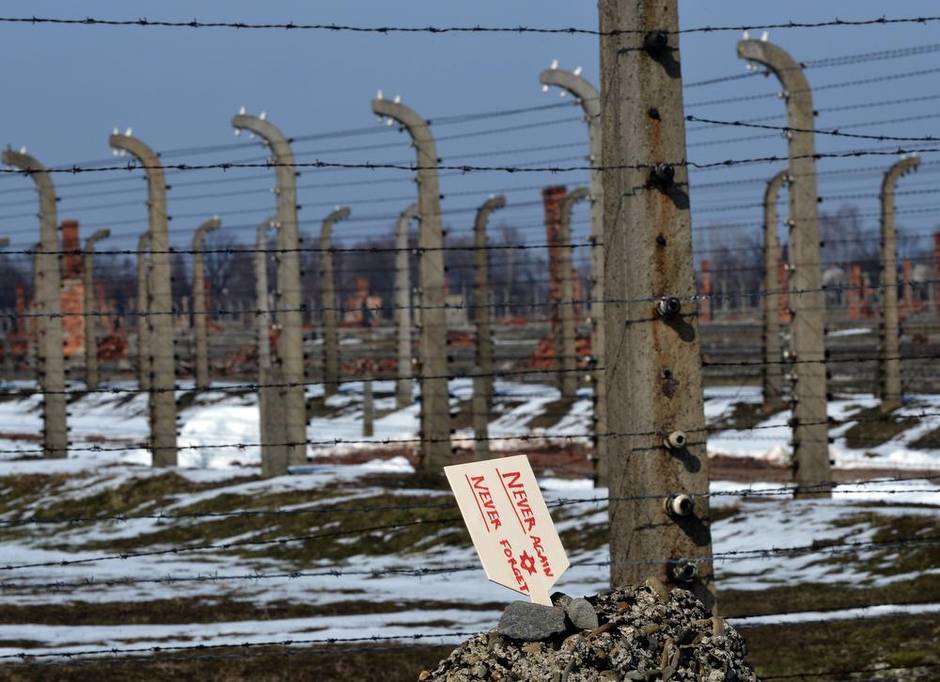 This photo taken on April 8, 2013, shows a memory plaque stuck into a pile of pebbles at Auschwitz. (Janek Skarzynski/AFP/Getty Images)

She said they received various injections that either made them pass out or left them writhing in pain. Because Wise had green eyes, she was spared one of his more sinister tests — an attempt to transform the dark eyes of Jews and gypsies into a more blue, or Aryan, complexion. The lucky ones died immediately, she said, while others went blind and suffered in agony.

“We don’t know exactly what kind of injections he gave to us because when he escaped, before the Russians came, he took all his so-called medical experimentation notes,” she said, pausing. “He was a monster. When he smiled you knew he was the most sadistic … and he was going to do something terribly sadistic.”

With the Russians rapidly closing in, she said Auschwitz became a scene of absolute chaos in its final 10 days. The Nazis came and went and ultimately abandoned the camp, marching westward in the dead of winter with all the able-bodied prisoners they could take. Anyone who collapsed in the snow or even stopped to relieve themselves was shot dead on the spot.

With her sister stricken by tuberculosis, typhoid and dysentery, and confined to the Auschwitz infirmary, Wise stayed behind with the rest of the ailing – a decision that may have saved her life.

“It is a bizarre irony,” said David Silberklang, a senior historian at Israel’s Yad Vashem Holocaust memorial. “In general, if you went to the infirmary in Auschwitz, if you didn’t get out of there pretty quickly you were finished … but yet at that moment in time being there meant you had a higher chance of survival.”

Before the last Nazis left, Wise said they gathered her and some of the other remaining prisoners, locked them inside an enclosure and set fire around them. “It was a totally blue sky and out of the blue, suddenly just as the fire was approaching to burn us, it started to rain and the rain put out the fire,” she recalled. 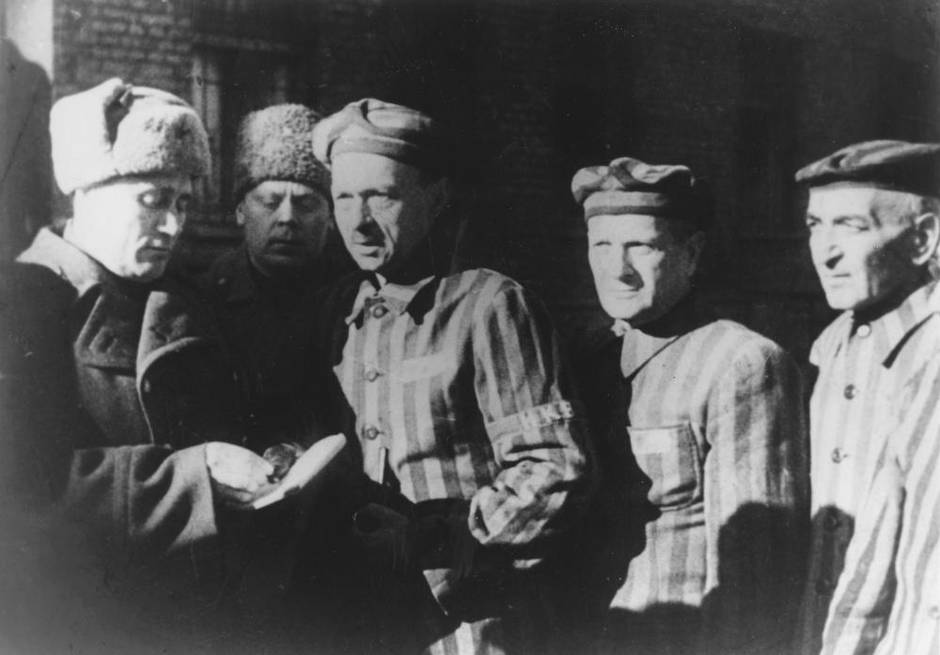 She said the Russian liberators were kind to her and shared all their meagre supplies. “He gave me a bottle of vodka,” she said, smiling. “That’s all he had.”

“To have someone who was old enough to remember clearly at the time and is still alive and well enough to tell us the whole story today, we are really in a sense in the last few years of having that possibility, where we can benefit from their memory and their insight,” he said.

After the war, Wise hitchhiked with her sister back to Bratislava and miraculously reconnected with her parents and all but one of her nine siblings. Her younger sister Judith perished at Auschwitz.

In 1948, she moved to Australia where she married and had three daughters. Later in life she moved to Israel where she now volunteers as a guide at Yad Vashem and spends time with her 14 grandchildren and five great-grandchildren. On Jan. 27, 2005, she posed before a large mural of the original photo at Auschwitz along with six other survivors, each standing beneath the image of themselves from 60 years earlier.

“I don’t know how we survived, how any single person survived in that climate,” she said. “That is a miracle to me and that’s a miracle that I consider myself very lucky that I did survive. And why I survived and others didn’t I don’t know. I am not God.”