After Max Eisen was deported to Auschwitz in 1944, his mother and three siblings were immediately gassed and the 15-year-old boy was assigned to a gruelling work unit draining marshland outside the camp. One day at lunch break, an SS guard threw his leftover bread on the ground near the starving prisoners.

It was not out of kindness. The SS was trying to lure the inmates within reach of the bite of his leashed dog.

"This was the way he was having fun. They always did something like that for sport," Mr. Eisen recalled on Wednesday.

Mr. Eisen is in the old German town of Detmold, where he will testify on Thursday morning, one of several Canadian Holocaust survivors expected to take the stand in one of the last Auschwitz court cases, the trial of 94-year-old Reinhold Hanning, a former guard.

The 86-year-old Toronto resident talked about the casual sadism and dangers he witnessed during his time in Nazi camps. He described a world in which it would have been hard for SS members not to grasp that they were part of a vast machinery to destroy people.

The top-tier Nazis are long dead, but rank-and-file guards are being brought to court. This follows a 2011 precedent when a Munich court convicted John Demjanjuk of being an accessory in the murder of 28,000 people at the Sobibor camp with no evidence of his involvement in a specific killing but solely because he was a guard.

The former guards being prosecuted are in their 90s. The survivors, then children or teenagers, are in their 80s. The youngest, Montrealer Angela Orosz, is 71. She was born in Auschwitz one month before it was liberated in January, 1945.

"It doesn't matter how old you are, you have to have your day in court," Mr. Eisen said. "You can't commit such terrible things and say you just followed orders."

Mr. Hanning admits he was a guard in the infamous camp in occupied Poland, but says he was posted at Auschwitz I, which was first set up as a concentration camp in 1940, rather than the Birkenau satellite camp, where the mass gassing took place in later years.

His time in the camp overlaps with the most murderous phase in Auschwitz history, when more than 430,000 Hungarian Jews were deported in the summer of 1944. Three quarters of them were sent to the gas chambers on arrival.

The three Canadians who will testify this week – Mr. Eisen, William Glied of Toronto and Judith Kalman of Montreal – will talk about their link to the Hungarian deportation.

Mr. Eisen, who was 15, lived in Moldava nad Bodvou, a Slovak town annexed by Hungary during the war. Mr. Glied, who was 13, lived in Subotica, a part of Yugoslavia also seized by Hungary.

Both lost their parents and siblings in the camps. They survived because they were kept as slave labour.

Ms. Kalman will give a statement in court about the long shadow cast by her murdered relatives, especially Eva, the half-sister she never knew.

"I saw her in every accomplished older woman I met, every woman I respected," Ms. Kalman said in an interview from Detmold.

She and the others are not testifying directly about Mr. Hanning. They are participating as civil parties, testifying about the context of the crime and its impact on them.

The three Canadians testified at the Groening trial. Mr. Groening was convicted of being an accessory to the murder of at least 300,000 Jews. While he had a desk job, tallying the money and jewels seized from the deportees, the court found that he had helped the extermination process.

Ms. Kalman said the German judiciary was entrenching the principle that even small cogs in a genocidal regime are responsible for their actions.

If Germany once failed to prosecute Nazis vigorously, now "they are setting an example how a country should deal with its history of war crimes," she said.

Mr. Eisen's court date this week will continue his efforts to fulfill a wish his father made before being sent to the gas chambers.

"My father told me that if I managed to survive, I must tell the world what happened." 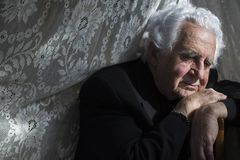 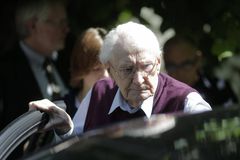