Don't count on hearing a word of that "broader discussion" on Canada joining missile defence. Public Safety Minister Vic Toews said this weekend that's what is needed, but the Harper government isn't talking about it in public, even if it's chewing over the options.

Too bad. It's likely to keep coming back, especially if fears that "rogues" like North Korea and Iran will fire a nuke at North America become more immediate. Canada should move beyond what missile defence means to the United States and look at concrete questions of interest to Canada, like whether it works, at what cost and what participation actually entails.

Time has altered the politics and Stephen Harper has a wider opening if he wants to sign up to a program Paul Martin opted not to join in 2005.

Canadian public distaste for George W. Bush's military agenda dissipated with Barack Obama's presidency. Missile-defence systems are being deployed on land and at sea. The space lasers that some once predicted, which highlighted Canadian concerns about the weaponization of space, have proven unfeasible – at least for decades to come.

But while Canada's refusal to take part is seen as impractical sanctimony in Washington, it hasn't, as some feared, hobbled relations on continental security or more broadly. The Americans aren't pounding on the PM's door.

North Korean dictator Kim Jong-un's recent round of missile-rattling revived calls from some commentators for Canada to join the program to shoot down missiles. A Pentagon spokesman denied reports that the United States once again asked Canada to participate. But, if Ottawa decides to join, a request is a formality – the U.S. has kept an open door.

For the United States, the Canadian decision to stay out still baffles. Canada is in NORAD, the joint airspace alliance whose raison d'être was detecting Russian missiles. It's in NATO, where it accepted missile defence for Europe. And Canada sent up the Sapphire satellite, hooked into the U.S. space-surveillance network. With these steps, Ottawa has tiptoed past philosophical objections.

There are practical questions, like whether missile defence is needed, will work and at what cost. Experts have highlighted its failings in distinguishing armed missiles from decoys, for example. But University of Manitoba expert James Fergusson argues that weakness suggests the shield might be beaten by a full Russian or Chinese assault, not that it couldn't stop a missile from North Korea or Iran, which might not muster a sharp fleet of decoys.

What does Canadian participation mean? Maybe less than people think, but it's always been "the million-dollar question," said Mr. Fergusson, author of Canada and Ballistic Missile Defence 1954-2009.

Canada previously ruled out basing interceptors – weapons to shoot down missiles – on its soil, but that would probably be of marginal military value now, Mr. Fergusson said. Basing tracking radars in Canada might be useful, he said, and Canada might pay for part, perhaps hundreds of millions of dollars, but not billions.

There's also command-and-control questions. Responsibility for missile defence, once expected to go to the joint U.S.-Canada NORAD, is now with the U.S. military's Northern Command, and the Americans might not change that, Mr. Fergusson said. Past discussions stalled on how much priority protecting Canadian "targets" would get; then the question died when Canada opted out, Mr. Fergusson said; it's a secret U.S. strategy issue, so Ottawa must ask to join the program before it can hash that out.

But he argues Canada's request to participate might entail only a simple political endorsement of missile defence, before Ottawa has to commit to shouldering costs. Even so, critics will argue it's a slippery slope toward an expensive boondoggle. It's better to open up that "broader discussion," before it sneaks back up the agenda.

new
Canada could be considering request from U.S. to join missile shield
April 21, 2013 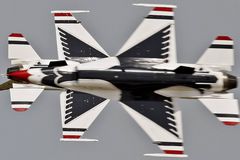