David S. Wyman, a leading scholar of the U.S. response to the Holocaust whose The Abandonment of the Jews was a provocative, bestselling critique of everyone from religious leaders to president Franklin Roosevelt, died Wednesday at age 89.

The David S. Wyman Institute for Holocaust Studies announced that Prof. Wyman died at his home in Amherst, Mass., after a lengthy illness. Prof. Wyman was a professor emeritus at the University of Massachusetts, Amherst.

The grandson of Protestant ministers, Prof. Wyman was in graduate school when he began a long-term quest to learn what was done on behalf of the millions of Jews rounded up and murdered by the Nazis and their collaborators during the Second World War.

He was best known for The Abandonment of the Jews: America and the Holocaust 1941-45, which came out in 1984 and sharply intensified a debate that began during the war. Drawing upon private and government records and contemporary media accounts, Prof. Wyman found widespread indifference and hostility to the Jews in Europe, even as their systematic extermination was conclusively documented. He faulted religious organizations, Jewish and non-Jewish; mainstream newspapers and movies; and the anti-Jewish feelings of the general public.

The U.S. federal government was slow to act, enforcing strict immigration quotas and refusing to bomb the concentration camps; waiting until well after the Holocaust had begun to establish a War Refugee Board, then forcing the agency to rely mostly on private funding. The blame rose right to the top, with Roosevelt, who Prof. Wyman alleged was more concerned about angering anti-Semites than about helping the Jews.

"If he had wanted to, he could have aroused substantial public backing for a vital rescue effort by speaking out on the issue," Prof. Wyman wrote, calling Roosevelt's inaction the low mark of his presidency. "It appears that Roosevelt's overall response to the Holocaust was deeply affected by political expediency. Most Jews supported him unwaveringly, so an active rescue policy offered little political advantage. A pro-Jewish stance, however, could lose votes."

Elie Wiesel, the Nobel laureate and Holocaust survivor, praised Prof. Wyman for his "courageous, lucid, painful book." And The Abandonment of the Jews received several honours, including the National Jewish Book Award, and a nomination from the National Book Critics Circle.

Most scholars accepted his general argument that the United States had done too little, but some disagreed with individual aspects, such as whether the United States could have disrupted or destroyed the Nazi camps. Roosevelt defenders, meanwhile, believed Prof. Wyman had failed to appreciate that the president's options were limited.

"FDR well understood that it would be fatal to let the war be defined as a war to save the Jews," historian and Roosevelt biographer Arthur M. Schlesinger Jr. wrote in Newsweek in 1994, around the time a television documentary based on Prof. Wyman's book aired. "He knew that he must emphasize the large and vital interest all Americans had in stopping Hitler, and that is what he did. And he knew that winning the war was the only way to save the people in the concentration camps."

Prof. Wyman continued his investigations with The World Reacts to the Holocaust and America and the Holocaust, a 13-volume compilation of documents used for Abandonment of the Jews. He would often invoke the Holocaust as a defence of Israel. "I'd come here and die for Israel if I were ever of any use," he said in 2012 while speaking at the Yad Vashem Holocaust memorial in Jerusalem.

A book released in 2013, FDR and the Jews, by Richard Breitman and Allan J. Lichtman, contended that Roosevelt had been judged too harshly and that his actions compared favourably to those of future presidents responding to genocide.

In response, the Wyman Institute published Rafael Medoff's FDR and the Holocaust: A Breach of Faith, which alleged that Roosevelt had a long history of anti-Jewish actions and opinions. (Ironically, Roosevelt was often the target of anti-Semitic attacks in his lifetime, with some opponents labelling the New Deal programs of the Depression the "Jew Deal").

Prof. Wyman was born in Weymouth, Mass., in 1929 and recalled his parents imparting "not just tolerance, but a high degree of respect for all different people." He studied history as an undergraduate at Boston University and received a Ph.D. from Harvard University in 1962. He had intended to focus on the Progressive era of the early 20th century until he had an epiphany while walking in Cambridge, Mass., where Harvard is located.

"Out of nowhere comes this question: What did the United States do while the Jews were being persecuted and mass-murdered?" he would recall.

Prof. Wyman taught elementary school and high school in Massachusetts and New Hampshire and was a history lecturer at Clark University and Northeastern University before joining Amherst in 1966 and remaining for 25 years.

In 1950, Prof. Wyman married Mildred Smith, with whom he had two children, Jim and Teresa. Mildred Wyman, often called Midge, died in 2003. 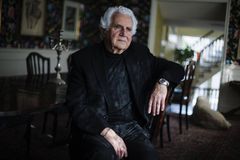 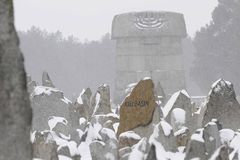 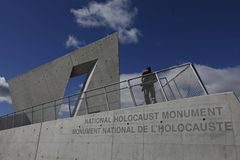