Long before President Donald Trump's one-time campaign chief Paul Manafort became a household name in America – which he is after being indicted by a federal grand jury on 12 charges, ranging from tax evasion to "conspiracy against the United States" – he was one of the most reviled men in Ukraine, where he masterminded the tumultuous career of another highly unconventional politician, Viktor Yanukovych.

Those two chapters in Mr. Manafort's long political career are linked in Monday's indictment, which focuses heavily on the work that Mr. Manafort and his co-accused colleague, Rick Gates, did for Mr. Yanukovych and his now-defunct Party of Regions.

Mr. Yanukovych was Moscow's man in Kiev until he was ousted in a violent 2014 revolution. The broadening investigation in the United States, led by special counsel Robert Mueller, will be expected to eventually deliver something like a verdict on whether the Kremlin has ever wielded similar influence over Mr. Trump.

Monday's indictment against Mr. Manafort and Mr. Gates only sketches that line in pencil. The two Americans are alleged to have received $18-million (U.S.) in payments for their work in Ukraine, which the indictment says included "a multi-million dollar lobbying campaign in the United States at the direction of Yanukovych, the Party of Regions and the Government of Ukraine." They allegedly did so without registering as foreign agents – as they were required to do under U.S. law – and while routing the payments through a web of shell companies in Cyprus and elsewhere so as to avoid paying taxes.

The key line in the 31-page indictment may be its glancing reference to the Party of Regions as a "pro-Russian political party." That may provide a glimmer of good news to the White House, since it suggests Mr. Mueller has thus far only managed to connect Mr. Manafort – and the payments he received – to Mr. Yanukovych's deposed regime, not to Moscow.

(A separate guilty plea – also made public on Monday – that saw George Papadopoulos, one of Mr. Trump's lesser-known foreign policy advisers, admit that he lied to the Federal Bureau of Investigation about his election-time contacts with the Russian government, is perhaps more immediately troublesome for the Trump administration.)

Most Ukrainians viewed the Party of Regions as Russian-controlled, rather than simply pro-Russian. Mr. Yanukovych's continual deference to Moscow and President Vladimir Putin – particularly Mr. Yanukovych's refusal to sign an association agreement that would have brought Ukraine closer to membership in the European Union – was what triggered the popular uprising that ended his presidency in 2014.

Mr. Manafort is widely credited for bringing Mr. Yanukovych to the presidency in the first place. When he was hired by the Party of Regions in 2006, Mr. Yanukovych seemed – somewhat like Mr. Trump – a uniquely improbable candidate for office.

Mr. Yanukovych was despised by many Ukrainians over his role in the country's 2004 presidential election, which boiled over into its first popular revolution of this century after the unpopular Mr. Yanukovych was declared the winner of the vote, despite exit polls predicting a comfortable victory for his opponent, Viktor Yushchenko.

After protests forced a rerun of the election, and Mr. Yanukovych lost, his political career was thought to be over. But Mr. Manafort (aided throughout by Mr. Gates) turned his candidate's image around in time to win a startling comeback victory in the country's next presidential election in 2010.

"It was Manafort who offered Yanukovych a strategy to play on artificially imposed … differences between Russian and Ukrainian-language speakers, [between] NATO and anti-NATO supporters, EU versus Russia supporters," said Alyona Getmanchuk, director of the New Europe Centre, a Kiev-based think tank.

Those tactics, Ms. Getmanchuk said, deepened Ukraine's divides and built a pro-Russia support base for Mr. Yanukovych. After the 2014 revolution in Kiev, she said, those same divisions helped make it possible for Mr. Putin to annex Crimea (following a Kremlin-managed referendum on the peninsula) and to mobilize separatist militias in the eastern Donbas region. More than 10,000 people have since died in ongoing fighting in the Donbas.

After Mr. Yanukovych fled into exile – he now lives in southern Russia – a secret "black ledger" was discovered in Kiev that appeared to outline millions of dollars of payments from Mr. Yanukovych's government to Mr. Manafort.

Mr. Manafort continued working in Ukraine even after the fall of the Yanukovych regime, helping to create a new pro-Russia party – known simply as the Opposition Bloc – from the ashes of the Party of Regions. Mr. Manafort "was responsible for [the creation of] our party," Opposition Bloc leader Yuriy Boyko said in an interview with The Globe and Mail earlier this year.

Mr. Boyko said Mr. Manafort continued to work with the Opposition Bloc until late 2015. He joined Mr. Trump's campaign in March, 2016, and was placed in charge of "delegate-corralling" efforts ahead of the Republican National Convention.

Three months later, Mr. Manafort was put in charge of Mr. Trump's campaign, replacing Corey Lewandowski. Mr. Manafort resigned two months later, in August, 2016, after the first reports emerged about the "black ledger" discovered in Kiev. However, Mr. Gates remained connected to Mr. Trump's campaign through his election victory and past his inauguration as President.

Mr. Trump used his Twitter account on Monday to protest that the indictments pertained to long-ago events in Ukraine. "Sorry, but this is years ago, before Paul Manafort was part of the Trump campaign," he wrote. Moments later, he added: "Also, there is NO COLLUSION!"

For many Ukrainians, the simple fact that Mr. Trump hired Mr. Manafort and Mr. Gates at all, given their work for Mr. Yanukovych and, indirectly, for the Kremlin, was proof the new U.S. President had a soft spot – or perhaps even a more sinister connection – when it came to Mr. Putin. 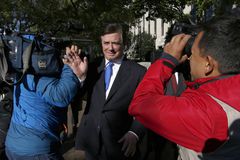 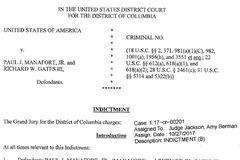 Which Trump-Russia probes are doing what this week, and with whom? A guide
July 25, 2017 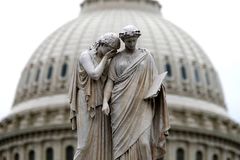