As rockets from Palestinian militants in Gaza continue to fly into Israel and Israel continues to strike hard at Gaza, the options for each side are hardening. Both sides are employing brinksmanship, carrying out their biggest raids yet this weekend and threatening much more to come.

Israel's warning to people in some northern Gaza neighbourhoods to evacuate or be in danger from a coming bombardment was effective. About 10,000 people left their homes, even though Hamas told them to stay.

Not only did it get the area pretty well cleared for whatever operation Israel has in mind, but the tactic also exposed Hamas as trying to use human shields as their first line of defence.

Prime Minister Stephen Harper seized on this tactic in condemning Hamas Sunday, making his most strongly worded statement since the latest round of violence erupted. Mr. Harper, long a firm supporter of Israel, called on allies to speak out against "terrorist acts."

"The indiscriminate rocket attacks from Gaza on Israel are terrorist acts, for which there is no justification," his statement said.

Both Hamas and Israel have brushed aside the latest calls for a ceasefire, determined to push for their own strategic objectives.

For Israel's Prime Minister Benjamin Netanyahu, it is "to achieve a sustainable quiet" for his people.

For Hamas, it is to restore its lustre as the pre-eminent Palestinian resistance movement. It already has gone a long way to achieving this by its display of far-reaching firepower.

In between both these sides is Palestinian President Mahmoud Abbas, who opened a second front in the conflict with his unprecedented televised criticisms of Hamas.

In doing so, he risked the wrath of his constituents who could view him as a traitor in the larger conflict with Israel.

Hamas's directive to Palestinians not to abandon their homes in the face of Israel's possible onslaught is exactly the kind of thing that prompted Mr. Abbas to call out Hamas.

Hamas need not endure the risk of a full-scale ground invasion from Israeli, but it might be trying to extract a little more respect from its constituents by refusing to agree to a ceasefire for a day or so.

"It is the Palestinians who are losing with every minute that this war continues," Mr. Abbas said, describing the victims' blood as "fuel to those who trade in war."

"I oppose these traders, on both sides," he said.

Hamas officials denounced Mr. Abbas as "a criminal" and labelled him as a member of Mr. Netanyahu's right-wing Likud party for his traitorous behaviour.

"He is out of touch with his own people," said Naif Rajoub, a leading West Bank Hamas figure in an interview Friday. "They expect him to stand behind the Palestinian people in Gaza," he said.

"We are behind the people," countered Abdullah Abdullah, former Palestinian representative to Canada, and an adviser to Mr. Abbas. "[We are] just not behind Hamas.

"It's the people who are suffering in this war, the women and babies, not the Hamas leadership," he said.

The Gaza Health Ministry said at least 160 Palestinians – among them about 135 civilians, including 30 children – have died during six days of warfare, and more than 1,000 have been injured.

Theatre director Fathi abed Rahman, who lives and works in the hardscrabble Amari refugee camp in Ramallah, said he's disappointed with his president. "He said those things [about Hamas] just to appeal to the West."

Mr. Rahman works out of a theatre built 11 years ago from funds provided by Canada. He points proudly to photos of some of his youth company's performances: a daring play on corruption in the Palestinian Authority, another on the suffering in Gaza during the 2008-9 war, in which 1,300 Gazans were killed.

"I can tell you how these young people feel," Mr. Rahman said. "They think it's time [Mr. Abbas's] Palestinian Authority departs, and they be given a chance to run things."

A merchant in downtown Ramallah (not a refugee), said Mr. Abbas's remarks were simply the truth. "It's about time someone blew the whistle on Hamas," said the man who would only speak anonymously for fear of possible reprisals.

A rug merchant, Louay Manasreh, said it's wrong for the president to divide the people the way he's trying to. "As president, he must represent all Palestinians."

Mahmoud Labadi, a senior member of the International Relations Commission of Mr. Abbas's Fatah Party, said he understands why people feel this way.

"Everyone here [in the West Bank] has suffered and when they see their countrymen in Gaza getting attacked, they naturally want to support them.

"Perhaps it was the wrong time for the president to say these things. But he's determined to try to stop the bloodshed," he said, noting that in the people's haste to attack him for criticizing Hamas, they overlook the fact that he also blasted Israel for its attacks.

That's not exactly news, of course. It was the attack on Hamas that was the surprise.

"He's looking at the big picture," Mr. Labadi emphasized repeatedly. "Not only does he want to avoid a ground invasion and any more killing, but he wants a larger agreement so that the people won't go through this again and again every two years or so."

"That's why he is being so diplomatic."

Apparently a proposal put forward last week by Egypt was part of Mr. Abbas's handiwork. It called for a 40-hour truce, to be followed by negotiations of a long-term agreement.

Israel accepted the proposal in principle, said well-informed Israeli journalist Avi Issacharoff of the Times of Israel. But Hamas balked.

Give them a couple more days.

With a report from Josh Wingrove in Ottawa and Reuters

Globe in the Mideast: Did Hamas deliberately fire on its own people?
May 11, 2018 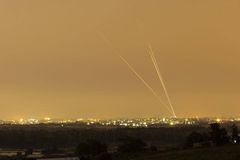 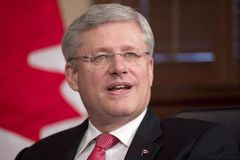 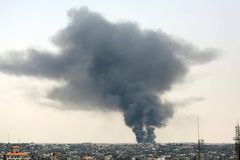 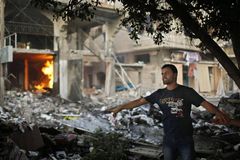 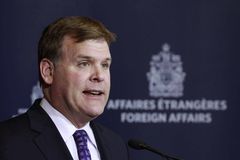