Israel's governing Likud party has taken a tectonic shift to the political right with the election this week of the party's list of candidates to stand for office in the country's Jan. 22 election. It is a shift so sharp that it will alarm many of Israel's supporters abroad, but could also provide a real opening for a centrist figure such as Tzipi Livni to come up through the middle.

While the party of Menachem Begin, Yitzhak Shamir and Ariel Sharon would never have been described as left-leaning, the cluster of pro-settler activists and peace-process opponents in the first 25 places – the only ones with a realistic chance of being elected – is well to the right of any previous mainstream party.

Not one of the top 20, except for Prime Minister Benjamin Netanyahu, supports the notion of any kind of Palestinian state being created. Instead there are several individuals with close relationships to the most extreme settlers.

Mr. Netanyahu, who had hoped the recent eight-day campaign of air strikes on Hamas in Gaza might boost his support within the party, did not want this sharp turn to the right. He knows the party risks losing votes from some of its more moderate supporters.

Even a small shift in January's election could make a difference. Observers say the right wing bloc lead by Mr. Netanyahu cannot afford to relinquish more than 3 or 4 per cent of the vote without losing its majority.

Gone from the list are any of the moderates, such as ministers Benny Begin and Dan Meridor, on whom Mr. Netanyahu came to rely as the presentable side of Likud. In their place are candidates such as Moshe Feiglin, a West Bank settler and leader of the extreme right wing within Likud, and Miri Regev, an anti-immigration activist who, in a protest earlier this year, described Sudanese immigrants as a "cancer in our body."

"This is exactly the list of his nightmares," said Haaretz columnist Yossi Verter, speaking of Mr. Netanyahu. "One of the strongest and most stable prime ministers ever to preside here has discovered he has zero influence, zero power and zero ability to shape the slate at the top of which he will run for the Knesset."

The head of the Israeli West Bank settlers' council, Dani Dayan, said he was very pleased with the list. "It shows that the Israeli electorate has come to understand the futility of the policy of withdrawal" from the West Bank, he said. "They know it will only lead to more violence if we pull out."

Likud does not risk losing votes and it is only people outside Israel who don't want to see that the entire Israeli electorate has moved to the right, he added. "The two-state solution is not viable. Get used to it."

The party list was chosen in a two-day primary on Sunday and Monday at polling centres across the country. Almost 60 per cent of the party's 123,000 registered members cast ballots.

One person outside Likud who was pleased that the Likud list is so extreme was Ms. Livni, a former foreign minister and one-time leader of the moderate Kadima party. She announced Tuesday she was returning to politics as the head of a new party called simply The Movement. Describing her party only as centrist, she said pursuing peace would be the centrepiece of her policies.

Knowing that not every Likud voter is an extremist, Ms. Livni said she can bridge the gap between the old Likud and today's left. Ms. Livni said she believes "in our right to all of the land," as Likud always has, but that, like the left, "we must reach a fair arrangement" with the Palestinians … in order to keep the state of Israel Jewish and democratic."

"If there was a moment when I realized and knew that I was taking the right step [by running for office], it was when the Likud results were announced," said Ms. Livni. The Likud party "doesn't have the values [it once had]."

The Kadima party, with Ms. Livni as leader, won more votes and one more seat than Mr. Netanyahu's Likud party in the last election in 2009. But she was unable to form a coalition government. Mr. Netanyahu did, assembling a right-wing and religious coalition. Ms. Livni later lost her post as party leader to a former defence chief, Shaul Mofaz, under whose leadership the party's popularity has plummeted.

In announcing the creation of a new party, Ms. Livni "was brilliant," said Avrum Burg, a former Labour Party star and speaker of the Knesset. "She is the only party leader to tackle the peace process head on," he added. "She knows how central it is to our long-term existence."

"All the other leaders on the left are hiding from it," he said.

Mr. Burg, too, said he was delighted to see the nature of the Likud list. "Now we can see Likud for what it really is: people who oppose free expression, who reject the rule of law," he said, referring to many members of the party who tried to muzzle left-wing organizations and who objected to the country's Supreme Court ruling that some illegally constructed outposts in the West Bank must be dismantled.

Monday's announcement by Defence Minister Ehud Barak that he was leaving politics caused barely a ripple in Israel compared to the Likud primary vote and the Livni declaration. The country seems already to have put Mr. Barak behind it.

Ironically, the only man who might be able to inject some moderation into the Likud list is Foreign Minister Avigdor Leiberman, leader of the right-wing Yisrael Beitenu party.

By the terms of a recent alliance to which the parties have agreed, their two lists are to be combined in the election. For every two places Likud has on the list, Yisrael Beitenu will have one.

Mr. Netanyahu may well try to persuade Mr. Leiberman, once considered very right wing himself, to put in the first dozen spots on his party list some members who are less extreme than those in Likud.

Stronger Netanyahu likely to focus on domestic agenda
May 11, 2012 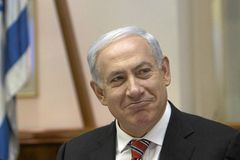 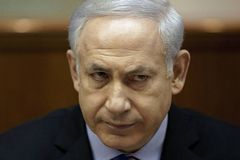 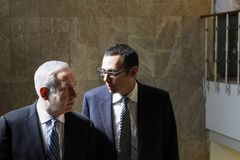