Nelson Mandela's passing is especially poignant for Canada. It is hard to think of another world leader shown the respect and affection he enjoyed here after his release from prison.

During two of his three visits to Canada, he addressed the joint Houses of Parliament to great acclaim. On the first occasion, just four months after being freed in 1990, he said he was deeply moved to be in a place where, unlike apartheid South Africa, people were free to determine their destiny.

In 1998, he became the first foreign leader awarded the Order of Canada, the nation's highest honour, and 45,000 Toronto schoolchildren treated him to a rapturous welcome when he launched the Canadian Friends of the Nelson Mandela Children's Fund.

Despite his age and stiff joints, Mr. Mandela joined in the dancing. A magical moment. "When you will be my age," prime minister Jean Chrétien told the children, "you will tell your grandchildren: 'I was there when Nelson Mandela came to Canada and Toronto.' " On his last visit in 2001, he became the first living person to be awarded honorary Canadian citizenship.

Competition to hear Mr. Mandela and to meet him on these occasions was fierce. No one, it seemed, had ever supported maintaining Canada's trade and diplomatic relations with the apartheid regime that had imprisoned him. Nor had they ever harboured reservations about his party, the African National Congress.

In his 1990 speech, Mr. Mandela paid tribute to the people of Canada for their involvement in the struggle to overthrow apartheid: Canadian trade unions, churches, universities, human-rights and solidarity groups, and the International Defence and Aid Fund for South Africa had spent decades in the trenches. In particular, the Task Force on the Churches and Corporate Responsibility had weathered the ridicule of Canada's business community and state officials in its battle against corporate involvement in apartheid South Africa.

He had also had come to thank Mr. Chrétien's predecessor, Brian Mulroney, for his willingness to break with his allies, U.S. president Ronald Reagan and British prime minister Margaret Thatcher, over the question of South Africa. In 1985, Mr. Mulroney had made a deep impression in Africa by pledging at the United Nations to break economic and diplomatic relations if South Africa did not abandon apartheid. His battles with Mrs. Thatcher over Commonwealth sanctions against South Africa were legendary.

In official Canada, Mr. Mulroney's approach was pivotal in causing a shift in thinking about South Africa and the ANC. For most of the postwar period, including the Trudeau era, Canadian policy had been paradoxical: to trade and condemn simultaneously. Canada resisted efforts to interfere with its diplomatic and commercial relations with South Africa, but then tried to soften the impact by regularly denouncing apartheid in international forums. Until well into the 1980s, the ANC had difficulty getting a hearing in Ottawa, where it was dismissed as an insignificant band of "communist terrorists."

The tide began to turn only in the mid-1980s, after a major uprising in South Africa and the realization among Western banks, corporations and governments that apartheid's days were numbered. In 1985, the Commonwealth appointed an Eminent Persons Group to visit the region and assess the prospects for peace. A high point of the initiative was a meeting the group had with Mr. Mandela, the first of its kind during his long incarceration. Anglican archbishop Ted Scott, one of the eminent persons, returned to give Canada a first-hand testimonial on the man's character. The EPG report concluded unequivocally that he was a nationalist, rather than a communist, and that he had adopted armed struggle only because he had no other options.

Mr. Mulroney agreed, and faced down those who believed otherwise. He asked his opponents, "How would you know he's a communist? He's been in jail for 27 years. Has he spoken to you lately? ...

"If I were a young black man imprisoned in South Africa," he added, "I would support those who supported me."

The prime minister also made clear that, while his government could not condone violence, "we understand the ANC's contention: 'You ask us to drop our arms to do what? Accept more repression? Accept more brutality from the apartheid state that is armed to the teeth?' "

NOT EVERYONE A FAN

Many in Mr. Mulroney's own party, as well as the bureaucracy and private sector, opposed this new policy. The wife of one Progressive Conservative MP even circulated South African propaganda calling ANC members "immoral, non-Christian, Marxist-Leninist revolutionaries."

In 1987, these circles mounted a campaign against ANC president Oliver Tambo, Mr. Mandela's close friend and colleague, on his first official visit to Canada. Meanwhile, Mr. Mulroney turned his attention to more pressing matters, such as the Meech Lake accord and free trade, and some public-opinion leaders made no secret of their preference of Mangosuthu Buthelezi, the chief minister of the Kwazulu homeland and leader of the Inkatha Freedom Party.

Two years earlier, The Globe and Mail had called Mr. Buthelezi as "authentic a black leader as Nelson Mandela" and then in December, 1986, "the best hope, if not the only hope, for the emergence of a moderate black leadership from the ashes of apartheid." As late as 1988, a Globe editorial stated unequivocally that there would "never be a President Mandela."

The historical record shows that Mr. Buthelezi was a destructive force, a collaborator who waged a bloody campaign to eliminate the ANC. But it wasn't until 1993, a year before Mr. Mandela's presidential inauguration, that The Globe realized its "best hope" was instead a "spoiler" who could wreck the whole process of change.

The antipathy and distrust of Canada's private sector toward Mr. Mandela lasted well after his release. Roy McMurtry, Canada's former high commissioner in London, supported Mr. Mulroney's policy but found it almost impossible to raise the ANC's profile in the business community. Corporate titans showed no desire to rub shoulders with the party's leader. When pressed, one bank chairman said, "Meet Nelson Mandela? You have got to be kidding!"

Canadian governments responded warily to the uncertainty and turbulence of the transition period. However, on the key issue of sanctions, despite strong pressure from the private sector to end them and some internal disquiet, Ottawa maintained its commitment. Canadian sanctions finally were lifted in September, 1993 – at Mr. Mandela's request. Although the Canadian government's participation in the international battle against apartheid was late, limited and overblown, in this respect it kept the faith.

Mr. Mandela's rise to the presidency in 1994 marked a high point in his and South Africa's remarkable journey. As he walked his country through the transition to its post-apartheid future, he became an icon of tolerance, forgiveness and reconciliation; one of the great figures of our time. His decision not to cling to power by seeking a second term set an example for leaders everywhere.

The price that he and others paid for ending apartheid – in personal and family terms – was steep. However, his ability to rise above the worst that the apartheid regime could throw at him, and emerge free of bitterness and the desire for revenge lifted the human spirit everywhere. As one observer put it, he reminds us that injustice has a long and hurtful say but never the last word.

Mr. Mandela's significance for Canada is clear. He stands as a testament to the dangers of knee-jerk prejudice and hazy understanding; proof positive that one person's terrorist is another person's freedom fighter.

The lessons for today – now that the word "terrorist" is used indiscriminately and anti-terrorist legislation criminalizes many activities used in the battle against apartheid – are evident. Above all, the story of Canada and Mr. Mandela should alert us to the enduring importance of imagination, as well as precision, in Canadian foreign policy.

Linda Freeman is teaches political science at Carleton University and is the author of The Ambiguous Champion – Canada and South Africa in the Trudeau and Mulroney Years, published by the University of Toronto Press. 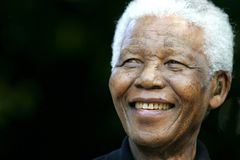 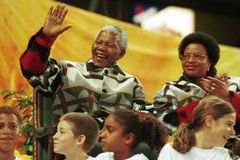