Many Canadians might have spoken in the past four years with the Indian woman whose death after a savage gang rape last month in Delhi has transfixed the world.

The 23-year-old woman worked overnight shifts at a call centre, fielding calls from mortgage holders in Canada, the Wall Street Journal reports in an article detailing her family's humble background and her attempts to lift them out of poverty.

Her life story, which has also been partly reported in Indian media outlets, is one that exemplifies the struggle and suffering of Asian rural migrants who have moved to the big cities, looking for better opportunities in their country's emerging economy.

From November 2008 to this fall, she was employed by a call-centre outsourcing firm in a city at the foot of the Himalaya, Dehradun, capital of Uttarakhand state.

She had gone there to study physiotherapy. A dorm friend told the Wall Street Journal the woman attended classes from noon to 5 p.m.

Then, to pay her tuition fees, she worked from 7 p.m. to 4 a.m., which correspond to 8:30 a.m. to 4:30 p.m. in central Canada, handling calls and supervising a team of employees, the Journal reported.

Described as a short, vivacious woman, she was known as a bright student. Already, at age 14, she would tutor neighbourhood children to help the family finances, according to the Hindustan Times.

The family came from Mandwara Kalan, a village, near the city  of Ballia in the northern state of Uttar Pradesh.

Hoping for a better life, the family moved to Delhi in 1983, according to the British newspaper The Sunday People, which interviewed her father.

The victim's identity has been withheld under Indian law, though The Sunday People published her name.

For the past two and a half years, the family has lived in Mahavir Enclave, a neighbourhood in the southwest outskirts of the capital, near the international airport where her father earned $130 a month working as a loader for a private airline.

Reporters describe their house as a two-room unplastered brick structure, with the owner, a relative, living in one room and the victim's five-person family crammed in the other room.

The woman was the eldest child and had two brothers, one 17 and the other 15.

She had initially wanted to become a doctor but couldn't afford the fees so she settled for physiotherapy.

Her father had sold their ancestral land plot to help pay for her studies and Indian TV reports said the family sometimes settled for meals of flat bread and salt when money was tight.

"Now her elder brother, who is preparing for his engineering entrance exams, has no hope to continue his studies. The family had depended on her future career to see them out of their poverty," a neighbour, Vimla, told the IANS news agency.

In those thrifty conditions, her life was one of modest gratifications.

It was reported that she hoped to afford a new Samsung mobile phone.

She was a fan of the Bollywood star Aamir Khan and the last movie she saw with her brothers was Mr. Khan's new noir thriller, Talaash:  The Answer Lies Within.

After four years of study in Dehradun, she had returned to Delhi in October for an internship. On Dec. 16, she went to a mall and met with a male friend, a software engineer, for a movie evening, to watch The Life of Pi.

It was on their way home that, boarding what they thought was a public bus, they were attacked by six men and left naked and bleeding on a roadside, a crime that has since inflamed their nation.

Two to plead not guilty in Delhi gang-rape: lawyer
January 8, 2013 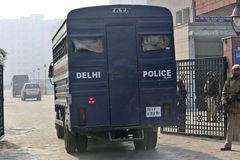 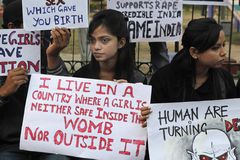 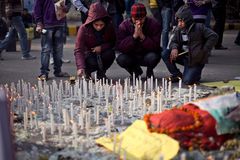