Presidents can pick their wars - or at least the time and place to start them - but they can't control how or when they end.

Barack Obama, who won office partially because of his resolute opposition to George W. Bush's war in Iraq and who vowed to properly fight the war in Afghanistan, has committed the U.S. military to another - so-far strictly limited - conflict in Libya.

But with no exit strategy, no clear war objectives and other Arab rulers watching closely as they calibrate how much violence can be used to crush the uprisings threatening their regimes, the outcome in Libya matters far beyond its borders. Mr. Obama explained eloquently why he went to war to save the residents of Benghazi from the threat of a Rwanda-like massacre. But he hasn't explained what the war's end will look like.

Among the range of outcomes, there's a spectrum from the relatively rosy to the nightmarish:

The rosiest scenario, at least for most Libyans and Mr. Obama, is a short, conclusive, conflict that ends with Libyan leader Moammar Gadhafi in the dock facing an international war-crimes trial. In the first few days of air strikes and cruise missile barrages that pulverized Libyan tanks, "saved Benghazi" and prompted a horde of "liberating volunteers" to race westward toward Sirte, that seemed a heady possibility. High-ranking defections fed hopes that Gadhafi loyalists might be enticed to abandon him, leading to a quick end. But the Libyan leader's forces have halted their headlong retreat and regained the initiative. Now it is the rebels being pushed back. Without a coup or a collapse, the best-case scenario seems to be fading. Although the Kosovo air war lasted 10 weeks and Serb strongman Slobodan Milosevic held on to power in Belgrade for another year, NATO's 1999 Balkan intervention was roughly analogous.

Allied air power thwarted Colonel Gadhafi's eastward push, but air power alone - especially air power limited to "protecting civilians" - could fail to tip the balance in favour of the rebels. Such a military stalemate would leave Libya divided. After 41 years of ruthless, undisputed power, and a long record of brutality that has left him with few friends and possible safe havens, Col. Gadhafi may have little interest and even less hope of following his Tunisian and Egyptian counterparts into quiet, if disgraced, retirement. The self-styled King of Africa and his sons have already vowed to fight to the death and, in recent days, have consolidated their hold on Tripoli, key oil ports and the embattled city of Misrata. Despite relentless air strikes that have defanged Col. Gadhafi's military, forces loyal to the Libyan leader now have the upper hand. Better trained and better equipped, they can outfight the rebels, comprised of brave but largely untrained volunteers. The U.S.-led intervention of air power alone is already looking insufficient. Libya risks being split, with Col. Gadhafi controlling the west and Tripoli, and a rival state in the east centred on the rebel stronghold of Benghazi. There are murmurings of mission creep, with CIA teams (not quite combat boots on the ground) to train and co-ordinate air-strikes and suggestions of arming the rebels. There are echoes of the 1991 "no-fly" zone imposed on Saddam Hussein, designed to protect Kurdish and Shia enclaves in the north and south of Iraq. Those essentially produced an uneasy stalemate that lasted 12 years, until George W. Bush sent 100,000 U.S. troops in a ground war invasion in 2003.

A protracted civil war with Libya's oil fields changing hands or set alight and its ports destroyed would be far worse than a stalemate. A no-fly zone over Bosnia failed to stanch years of bloodletting. Without an outside invasion, a low-level conflict with horrendous consequences for Libya's already suffering civilian population could drag on for years. Having pledged no ground troops and scaled back U.S. air power already, Mr. Obama would be hard-pressed to persuade a war-weary U.S. public that there was a vital national interest that warranted landing the Marines. Armed with a horde of gold on a continent where there is no shortage of quality mercenaries, a Libyan civil war could make Darfur look tame, but leave the international community equally impotent. For many European states, a civil war wouldn't warrant independent military intervention as long as "free Libya" had control of sufficient oil fields and ports that vital exports could continue.

The nightmare scenario, for both Libya and the region, is that Col. Gadhafi doesn't just hang on, he regains control of all of Libya. The widely feared mass exodus of hundreds of thousands, perhaps millions, could destabilize already shaky Tunisia, pose huge problems for Egypt and create political instability in Italy - the most likely destinations. While international sanctions could all but halt Libyan oil exports - as they did against Mr. Hussein's Iraq for more than a decade - the human suffering inside Libya would erode the case for punitive measures. Meanwhile, other repressive governments would see the failure of limited and unsustained military intervention as a licence to brutally crush uprisings. Col. Gadhafi might rejoin the short list of international pariahs, like the Kims in North Korea. He might also resume the nuclear-weapons program he scrapped and return to sponsoring international terrorism. Mr. Obama would become the eighth president the Libyan leader had outlasted. 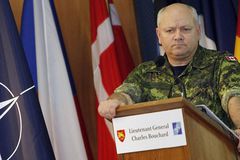 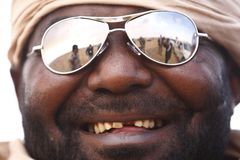 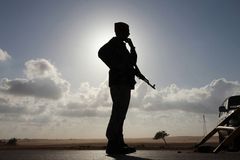 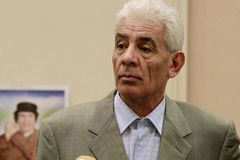 Little talk on the hustings of Canada's role in Libya
March 30, 2011 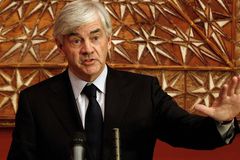 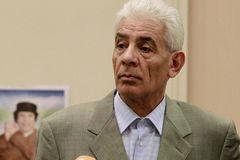 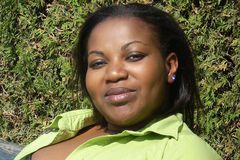