A big billboard of Pope Francis hangs over the centre of Slovakia's capital, urging citizens to vote Yes in a referendum on restricting gay rights.

The vote this weekend in this predominantly Roman Catholic nation – which follows a similar one that succeeded in Croatia in 2013 – points to a cultural divide within the European Union in which more established western members are rapidly granting new rights to gays, while eastern newcomers entrench conservative attitudes toward LGBT people.

Last year, Britain became the latest EU nation to legalize gay marriage, joining nine others – all in the bloc's west. Meanwhile, Croatia, Hungary, Poland and Slovakia in the EU's east all have enacted constitutional bans on gay marriage.

In Saturday's vote, Slovaks will be asked whether they agree to three points: that marriage can only be called a union between man and woman; that same-sex partners must be barred from adopting children; and that it's up to parents to decide whether their children receive sex education. While the constitution already defines marriage as between man and woman, the campaigners decided it was important to include the question in the referendum to reinforce traditional family values.

Slovakia's anti-gay-marriage movement has received massive support from the Catholic Church – and Pope Francis this week even gave his blessing to the referendum in an address on St. Peter's Square. A conservative group, the Alliance for Family, forced the Slovakian vote by gathering more than 400,000 signatures, well above the required 350,000.

Anna Veresova, a leader of the alliance, called moves to redefine marriage and family in western Europe and the United States "nonsensical."

She said it's precisely because conservatives like her feel threatened by the West that the movement felt the need to act. "We can hardly say that Slovakia is an isolated island in the middle of an ocean that can't be affected," Ms. Veresova said. "That's not true."

Some 10,000 volunteers, from students to pensioners, have spread the alliance's message across the country after major television networks – including the country's public television network – refused to broadcast its campaign ad ridiculing the adoption of a child by a gay couple.

With more than 60 per cent of the nation's 5.4 million people identifying themselves as Roman Catholics, the Yes camp is expected to win big. But to be legally binding, turnout in the ballot must be more than 50 per cent. In the previous seven referendums since Slovakia gained independence in 1993 – after the split of Czechoslovakia – only the referendum on the country's entry into the European Union met that condition.

Human rights activists have condemned the referendum as an attempt to force religion upon others.

"We're talking about the questions on values and that can't be solved by a majority vote," said Kalman Petocz of the Helsinki Committee for Human Rights. "It's not about whether to organize the Olympics. It's an attempt to impose the religious view of the world on all others even if they don't belong to the church."

Experts say the cultural chasm in the EU has roots in the Soviet era that kept eastern countries in isolation – allowing conservative attitudes to harden. Attitudes in nearby Russia also contribute to the rise of anti-gay sentiment in eastern Europe, said Grigorij Meseznikov, a respected Slovak analyst and president of Institute for Public Affairs.

"The social conservatism that is promoted in today's Russia, that nourishment of homophobic discourse, encourages some of the conservative activists," said Mr. Meseznikov.

Gays in Slovakia express alarm that the nation's anti-gay movement goes against the spirit of Velvet Revolution that toppled communism in the former Czechoslovakia.

"Much still has to be done in my country to gain freedom, the freedom to love," said Brano Ondrasik, who travelled to Scotland last year to register his same-sex partnership on Nov. 17 – the anniversary of the pro-democracy revolt. 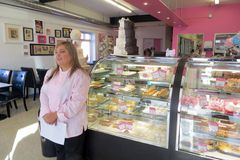 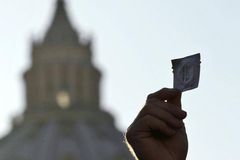