Train number: K-1058, from Chengdu in Sichuan province to Xining in Qinghai province, a cumulative 1,528 kilometres.

Number of stops: Sixteen, including ours, Lanzhou (the capital of Gansu province), 1,219 kilometres from Chengdu.

Duration: Our trip, if it ever ends, will take 21 hours and 14 minutes. Those carrying on to Xining will be on the rails for 24 hours and 29 minutes.

Wow. That's a long time: Ironically, the K stands for kuai, which means "fast." There were slower trains available.

Number of passengers: 1,516, if it were full. Forty "soft sleeper" bunks (four people to a cabin with a door you can close, 396 "hard sleepers" (six to a semi-closed cabin), 1,080 seats. If those are sold out, most trains accept standing room passengers who sleep wherever they can find a space. Mercifully, our train was less than full.

My cabinmates: a young couple travelling home to Xining, in Qinghai province, for Spring Festival. She was obviously pregnant, and made her first trip to the squat toilet before the train even began its 27-hour journey. He had brought along an entire hamper of groceries to keep her and baby-to-be fed.

John Lehmann's cabinmate: A recently retired machinery operator also returning home to Xining, after checking out whether she can afford to retire in Chengdu. Xining is on the windy Tibetan Plateau, Chengdu is in the relatively balmy south. It's the Chinese equivalent of an Edmontonian planning to spend their golden years in Victoria.

People in the next cabin: Four portly men from Lanzhou, one of whom has a Communist Party pin on his lapel. They loudly talked about the possibility of war with Japan – over a quintet of tiny, uninhabited islands that Tokyo controls but Beijing claims – even before they started drinking baijiu, a harsh rice liquor that smells like paint thinner. One of them told me that the People's Liberation Army has eight regional headquarters and the troops in any one of those regions could handle Japan on their own.

What does it sound like? The train sounds like, well, an old Chinese train, tilting and screeching through the night. But the guys in the next room are somehow drowning it out. One of them seems to be having a serious disagreement with the wall, occasionally hitting it for reasons that confuse those of us on the other side.

What does it smell like? Cigarettes. We're near the dining car, which has turned into the smokers' lounge despite the nice new "No Smoking" signs on the wall. It doesn't help that the train staff are among those lighting up.

A dining car! What's the food like? We had a dish of scrambled eggs and tomatoes that wasn't too bad, and a plate of beef and greens that looked like it had been cooked 24 hours and 29 minutes ago. Beer was 5 yuan per can, which is suspiciously cheap. Tasted fine though.

What else was on the menu? I'd like to tell you, but they snatched my menu away when I started writing things down.

What? Yep, apparently the rest of the menu is a state secret. Police riding the train also intervened to stop John from filming me eating my scrambled eggs.

Maybe they were just trying to spare you years of embarrassment. That's possible.

But why would they care? Hard to say. At one point, the train staff pulled Yu Mei, The Globe and Mail's news assistant, aside and asked her to stop showing the foreigners "the dark side of China." They apparently meant the poor people in hard seats, since they tried very hard to keep us from going into the third-class cars.

Was it that bad in third class? Nope. It was filled with students playing cards who seemed pleased to chat with a foreigner.

So? Why did the staff get all Cold War on you? Maybe they thought we were going to write a report on people smoking on the train and how bad the beef and greens were.

You sort of just did. They inspired me. 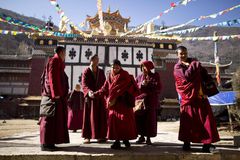 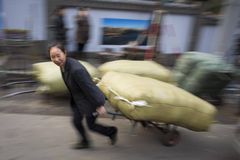 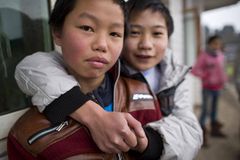 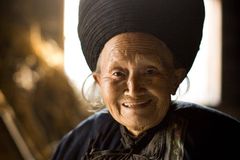 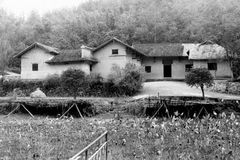 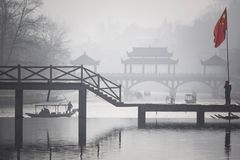 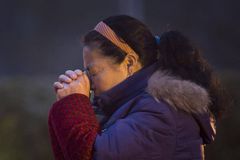