Here are some key dates in Fahmy's story:

1991: Fahmy and his family move to Canada. They spend years living in Montreal and Vancouver. Fahmy obtains his Canadian citizenship before leaving the country to pursue a career in journalism, which sees him cover stories for major media outlets such as CNN and the New York Times.

September, 2013: Fahmy takes over as acting bureau chief of Al Jazeera English in Cairo. Within days of taking the reins, Fahmy raised concerns about the security status of the network's journalists working in Egypt.

Jan. 13, 2014: More than 50 news organizations around the world call on Egyptian authorities to release the detained journalists.

Feb. 20, 2014: The trial for Fahmy, Greste and Mohamed gets underway in Cairo. The three journalists plead not guilty and shout from the dock that their prison conditions are "psychologically unbearable."

June 23, 2014: The court convicts the three journalists, sentencing Greste and Fahmy to seven years in prison and Mohammed to 10 years. The verdict brings a wave of international condemnation and calls for newly elected President Abdel Fattah al-Sissi  to intervene.

June 24, 2014: After critics voice concerns that the Canada's federal government hasn't reacted forcefully enough to the verdict against Fahmy, Foreign Affairs Minister John Baird says his department is working to secure the journalist's release. He cautions, however, that "bullhorn diplomacy" will do more harm than good.

June 25, 2014: Prime Minister Stephen Harper speaks out against the verdict, saying Canada is "deeply concerned" by the court decision and sentence handed down against Fahmy and his colleagues.

July 6, 2014: al-Sissi acknowledges for the first time, in comments to editors of Egyptian media outlets, that the heavy sentences had a "very negative" impact on his country's reputation, saying he wished the three were never put on trial.

July 23, 2014: The judge releases his reasoning for his sentence, saying the journalists were brought together "by the devil" to destabilize the country.

Nov. 12, 2014: al-Sissi  issues a new decree granting him the power to deport foreigners convicted or accused of crimes, a move that could allow him to free the imprisoned journalists. Fahmy's case remains something of a grey area, however, since he holds dual Canadian and Egyptian citizenship.

Nov. 20, 2014: al-Sissi  says in an interview with a French TV channel that a presidential pardon is "being examined" for the three journalists.

Jan. 1, 2015: Egypt's equivalent of a Court of Appeal orders a retrial in the case after a hearing that lasts only minutes. The three journalists are not granted bail.

Jan. 6, 2015: Fahmy's family says deportation papers are being prepared for the journalist, adding they hope a pending visit from Foreign Affairs Minister John Baird will help speed up Fahmy's release and departure from Egypt.

Jan. 15, 2015: Baird travels to Cairo to meet with Egyptian Foreign Minister Sameh Shoukry, the latest in a series of meetings held with his Egyptian counterpart over the past few months.

Feb. 1, 2015: After spending more than a year behind bars, Australian Peter Greste is freed from prison and deported following a presidential "approval."

Feb. 2, 2015: Fahmy's family announces he has relinquished his Egyptian citizenship, saying authorities made it a condition for his freedom.

Feb. 8, 2015: Egyptian authorities announce that Fahmy and Mohamed are to be re-tried on Feb. 12. Fahmy's family calls the development their "worst nightmare."

Feb. 12, 2015: Fahmy and Mohamed ordered released on bail pending the restart of their retrial scheduled for Feb. 23.

Feb. 13, 2015: Fahmy left a Cairo prison where he had been held for more than 400 days. Lawyers said he would have to report to a police station daily pending his retrial.

March 2015: Fahmy launches the Fahmy Foundation for Free Press, an organization which will advocate for imprisoned members of the media.

April 22, 2015: Fahmy receives a temporary Canadian passport. His original passport was never recovered after being seized during his arrest, leaving him without official documentation.

May 11, 2015: Fahmy announces he is suing his employer, Al Jazeera Media Network, alleging the broadcaster's actions significantly contributed to his legal woes. He seeks $100-million in damages.

June 29, 2015: The Cairo court holding Fahmy's retrial announces that a verdict will be delivered on July 30.

July 30: A Cairo court postpones a verdict for Fahmy to Aug. 2.

Aug. 2: A Cairo court announces the verdict in Fahmy's trial will be delivered Aug. 29.

What awaits Mohamed Fahmy upon his return to Canada
September 23, 2015 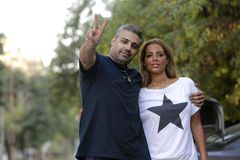 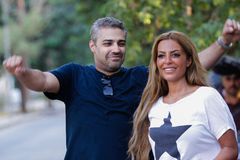