President Donald Trump sharply criticized protests by NFL players for a second straight day and rescinded NBA star Stephen Curry's White House invitation on Saturday in a series of tweets that outraged football and basketball stars and even prompted LeBron James to call the president a "bum."

Trump started by announcing that Curry, the immensely popular two-time MVP for the Golden State Warriors, would not be welcome at the White House for the commemorative visit traditionally made by championship teams. Later, Trump reiterated what he said at a rally in Alabama the previous night that NFL players who kneel for the national anthem should be fired, prompting immediate condemnation from a handful of team executives, the league commissioner and its players' union.

The Warriors said it was made clear to them that they were not welcome at the White House. They said that when they go to Washington this season they will instead "celebrate equality, diversity and inclusion — the values that we embrace as an organization."

Curry had said he did not want to go to the White House anyway, but the Warriors had not made a collective decision before Saturday.

"U bum @StephenCurry30 already said he ain't going!" James tweeted in a clear message to the president — a post that Twitter officials said was quickly shared many more times than any other he's sent. "So therefore ain't no invite. Going to White House was a great honour until you showed up!"

James also released a video Saturday, saying Trump has tried to divide the country. "He's now using sports as the platform to try to divide us," James said. "We all know how much sports brings us together. ... It's not something I can be quiet about."

Warriors general manager Bob Myers said he was surprised by the invitation being pulled.

"The White House visit should be something that is celebrated," Myers said. "So we want to go to Washington, D.C., and do something to commemorate kind of who we are as an organization, what we feel, what we represent and at the same time spend our energy on that. Instead of looking backward, we want to look forward."

Added Warriors coach Steve Kerr, after his team's first practice of the season: "These are not normal times."

As a candidate and as president, Trump's approach has at times seemed to inflame racial tensions in a deeply divided country while emboldening groups long in the shadows.

The latest sports comments come a little over a month after Trump came under fire for his response to a white supremacists' protest in Charlottesville, Virginia. Trump later pardoned Joe Arpaio, the former sheriff of Arizona's Maricopa County, who had been found guilty of defying a judge's order to stop racially profiling Latinos.

Trump's latest entry into the intersection of sports and politics started in Alabama on Friday night, when he said NFL players who refused to stand for "The Star-Spangled Banner" are exhibiting a "total disrespect of our heritage."

Several NFL players, starting last season with then-San Francisco quarterback Colin Kaepernick, have either knelt, sat or raised fists during the anthem to protest police treatment of blacks and social injustice. Last week at NFL games, four players sat or knelt during the anthem, and two raised fists while others stood by the protesters in support. Other players have protested in different ways over the past season since Kaepernick began sitting during the 2016 preseason.

"That's a total disrespect of everything that we stand for," Trump said, encouraging owners to act. He added, "Wouldn't you love to see one of these NFL owners, when somebody disrespects our flag, you'd say, 'Get that son of a bitch off the field right now. Out! He's fired."

On Saturday, Trump echoed his stance.

"If a player wants the privilege of making millions of dollars in the NFL, or other leagues, he or she should not be allowed to disrespect our Great American Flag (or Country) and should stand for the National Anthem," Trump wrote in an afternoon pair of tweets. "If not, YOU'RE FIRED. Find something else to do!"

Trump has enjoyed strong support from NFL owners, with at least seven of them donating $1 million each to Trump's inaugural committee. They include New England Patriots owner Bob Kraft, who Trump considers a friend.

"Divisive comments like these demonstrate an unfortunate lack of respect for the NFL, our great game and all of our players, and a failure to understand the overwhelming force for good our clubs and players represent in our communities," Goodell said in a statement.

Plenty of other current and former stars from across sports weighed in Saturday. Richard Sherman of Seattle Seahawks said the president's behaviour is "unacceptable and needs to be addressed."

In his Friday remarks, Trump also bemoaned what he called a decline in violence in football, noting that it's "not the same game" because players are now either penalized or thrown out of games for aggressive tackles.

"No man or woman should ever have to choose a job that forces them to surrender their rights," DeMaurice Smith, the NFL Players Association executive director, said Saturday. "No worker nor any athlete, professional or not, should be forced to become less than human when it comes to protecting their basic health and safety."

Trump has met with some championship teams already in his first year in office.

Clemson visited the White House this year after winning the College Football Playoff, some members of the New England Patriots went after the Super Bowl victory and the Chicago Cubs went to the Oval Office in June to commemorate their World Series title. The Cubs also had the larger and more traditional visit with President Barack Obama in January, four days before the Trump inauguration.

Warriors forward Draymond Green said the good news was that Golden State won't have to talk about going to the White House again — unless they win another title during the Trump presidency.

"Michelle Obama said it best," Green said. "She said it best. They go low. We go high. He beat us to the punch. Happy the game is over."

Opinion
Why it matters when athletes (don’t) stand up
September 21, 2017 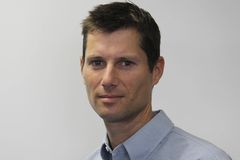