After spending the past seven years assessing what scientists know about climate change, its effects and how to reduce their impacts on the planet, the United Nations panel charged with the task has placed a huge, data-laden ball in the collective court of world leaders.

In a synthesis of three larger, more detailed reports previously released over the past year, the Intergovernmental Panel on Climate Change (IPCC) has presented its findings with a clear bottom line: The world must wean itself off of fossil fuels, and soon, to avoid the most severe long-term consequences.

The final document, including a 40-page summary for policy makers, has been accepted by representatives of all member countries, including Canada, which gathered last week in Copenhagen to wrangle over its wording.

It now forms the common ground over which nations, both developed and developing, energy rich and energy poor, hot and cold, wet and dry, will grapple as they collectively try to steer clear of the bleak future that climate scientists forecast is coming if nothing is done.

Over the next thirteen months, the key question will be whether governments can manage to strike a deal on greenhouse-gas emissions by the end of 2015, the mutually agreed deadline on multilateral talks.

The obstacles are legion. Climate change is already being felt around the world but its most serious effects are decades away, when today's politicians and voters are not around to deal with the fallout. And while the science no longer leaves room for any serious doubt that the planet is changing, the details are complex and not entirely predictable. That gives energy lobbyists and climate skeptics plenty to work with, particularly in Washington, where midterm elections seem likely to cement the gridlock on climate policy that has developed there over the past four years.

For Canada, with an economy tied to oil production and vast Arctic territories that are expected to be among the most sensitive to rising temperatures, the process carries big implications no matter what the outcome.

"Scientists have spoken … leaders must act," UN Secretary-General Ban Ki-moon said at a news briefing after the report's release.

Mr. Ban added that a global agreement was essential for mobilizing the strong action needed to keep the world from warming by more than an average of two degrees Celsius. That scenario would still bring change but with fewer adverse effects – particularly for coastal nations and the developing world – compared to what is forecast if emissions continue to rise unchecked.

On a "business as usual" path, with no reduction in emissions, the average global temperature is projected to rise by four degrees and sea levels by more than half a metre by the end of the century. In the same time interval, agricultural production could be in decline in more than three quarters of the world, leading to food shortages and other crises, warned IPCC chairman Rajendra Pachauri.

In distilling the work of several hundred scientists and policy experts, the assessment makes a strong case for action, says Kelly Levin of the World Resources Institute, a Washington-based think tank that focuses on sustainability.

"It shows that we need a huge transformation and that the current choices we make, especially in terms of investments we're going to make this decade and beyond, are really going to dictate whether or not we can meet that emissions pathway in the future and how expensive it's going to be," she said.

But while UN officials say the overall message is unequivocal, many involved in the IPCC process have said the summary for policy makers presents a watered-down portrait of the risks and tradeoffs related to climate change, because governments have had a hand in toning down its language.

"The politicians can go through that line by line and basically rewrite it as they want," said Matthew Paterson, a professor at the University of Ottawa who specializes in the politics of climate change.

The IPCC says that the strength of its process is that what does get through is, by definition, agreed to by all key players, including a key statement that "without additional mitigation efforts beyond those in place today, and even with adaptation, warming by the end of the 21st century will lead to high to very high risk of severe, widespread and irreversible impacts globally."

"Even Canada seems to be up to signing up for that much, because [Canada's federal representatives] know it won't affect them much at the negotiating table."

Dr. Paterson noted that successes in the climate arena have typically been motivated less by fear than by cases where low-carbon alternatives match with national or regional interests.

Climate talks operate under a UN framework established more than two decades ago – the same process that led to the Kyoto Protocol, the first international agreement to attempt to address greenhouse-gas emissions. Canada withdrew from the Kyoto agreement in 2011. but remains a signatory to the 2009 Copenhagen Accord. The accord sets the stage for a new and potentially binding agreement that is expected to be on the table when negotiators gather in Paris in December of 2015. 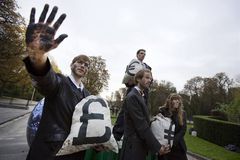 Opinion
Why the political winds are shifting on climate change
September 26, 2014 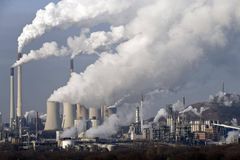 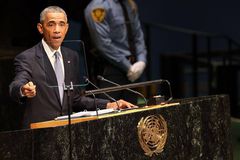 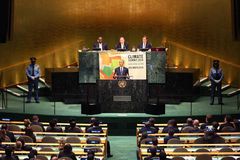 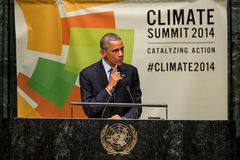