Three University of Virginia graduates and members of a fraternity who were portrayed in a debunked account of a gang rape in a retracted Rolling Stone magazine story filed a lawsuit against the publication and the article's author, court records show.

A lawyer for the men said they suffered "vicious and hurtful attacks" because of inaccuracies in the November 2014 article, which was written by journalist Sabrina Rubin Erdely.

Also Wednesday, The New York Times reported that Will Dana, Rolling Stone's managing editor, will be leaving the magazine next month. Dana said in a statement to The Times that after 19 years at Rolling Stone, "I have decided that it is time to move on."

When asked whether Dana's departure was linked to the retracted story, a spokeswoman for the magazine's publisher, Jann Wenner, said that "many factors go into a decision like this," according to the report.

In the lawsuit, the three 2013 graduates said the article "created a simple and direct way to match the alleged attackers" from the alleged gang rape to them based on details provided in the story.

For instance, Elias' room at the fraternity house was "the mostly likely scene of the alleged crime" based on the details in the Rolling Stone article.

"Upon release of the article, family friends, acquaintances, co-workers and reporters easily matched (Elias) as one of the alleged attackers and, among other things, interrogated him, humiliated him, and scolded him," the lawsuit said, adding that Hadford and Fowler "suffered similar attacks."

In the lawsuit, their lawyer said each of their identities was listed online by anonymous users when the article first came out and each of their "names will forever be associated with the alleged gang rape."

"These claims had a devastating effect on each of the plaintiffs' reputations," their lawyer, Alan L. Frank, wrote in Wednesday's filing.

The men are suing on three counts, including defamation and negligent infliction of emotional distress, and are asking for at least $75,000 for each count.

The Charlottesville Police Department has said it found no evidence to back the claims of the woman identified in the story only as "Jackie," who said she was raped in 2012 by seven men at the Phi Kappa Psi fraternity house.

A U.Va. associate dean sued Rolling Stone magazine for more than $7.5-million in May, saying a debunked and retracted account of an alleged gang rape on campus cast her as the "chief villain."

A report published by the Columbia Graduate School of Journalism earlier this year said Rolling Stone failed at virtually every step of the process, from the reporting by Erdely to an editing process that included high-ranking staffers.

No one at Rolling Stone was fired as a result of the article, titled "A Rape on Campus." Dana posted an apology on the publication's website, and Erdely also apologized in a statement.

The article roiled the U.Va. community, sparking protests at the Phi Kappa Psi fraternity house and a wrenching period of soul-searching by the university. For the three former students, the article made them unable to focus on school and work, and embarrassed them about their association with the fraternity.

Despite its flaws, the Rolling Stone article heightened scrutiny of campus sexual assaults amid a campaign by President Barack Obama. The University of Virginia had already been on the Department of Education's list of 55 colleges under investigation for their handling of sexual assault violations.

Rolling Stone’s story was never about rape on campus
April 10, 2015 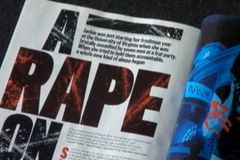 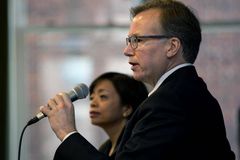