The United States has issued a $5-million reward for information about an Islamist militant who allegedly helped to plan the kidnapping of Canadian diplomats Robert Fowler and Louis Guay in 2008.

The reward for a West African man named Hamad el Khairy is part of $18-million (US) in rewards for four African militants, announced on Friday afternoon by the U.S. State Department. Also among the four militants is a former member of Boko Haram, the Nigerian extremist group that kidnapped more than 200 schoolgirls in April.

Mr. Khairy, said to be a Malian who was born in Mauritania in 1970, "participated in planning" the abduction of Mr. Fowler and Mr. Guay while they were working on a United Nations diplomatic mission in Niger in December 2008, according to the U.S. statement.

It said Mr. Khairy is a former member of al-Qaeda in the Islamic Maghreb (AQIM), an Islamist radical group that has roamed across Algeria, Mali, Niger and Libya.

The statement on Friday is the first time that the U.S. has formally linked Mr. Khairy to the kidnapping of the Canadians. It also accused him of planning terrorist operations against Mauritania.

Mr. Khairy is also a founding member of the Movement for Unity and Jihad in West Africa (MUJWA), a militant group that joined forces with AQIM to control much of northern Mali in 2012 and 2013.

"Khairy has appeared in MUJWA videos threatening those who oppose the organization," the U.S. statement said. "In January 2012, Khairy stated that MUJWA's goal was to 'impose sharia law across the whole of West Africa.'"

In an interview with The Globe and Mail on Friday, Mr. Fowler said he had not heard of Mr. Khairy and did not recognize his face in the U.S. reward statement. "It's the first time I've seen that," Mr. Fowler said.

"It says this guy Khairy participated in the planning and abduction. I have no idea whether he did or didn't. He could have been involved, sure. He's not somebody I saw or knowingly saw."

Negotiate with terrorists? Of course we do
Subscriber content
June 2, 2014 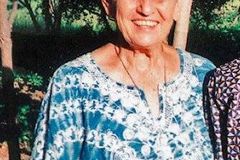 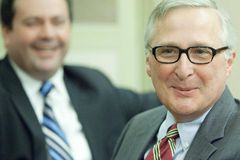 Follow Geoffrey York and Colin Freeze on Twitter @geoffreyyork @colinfreeze
Report an error Editorial code of conduct
Due to technical reasons, we have temporarily removed commenting from our articles. We hope to have this fixed soon. Thank you for your patience. If you are looking to give feedback on our new site, please send it along to feedback@globeandmail.com. If you want to write a letter to the editor, please forward to letters@globeandmail.com.
Comments are closed