When Donald Trump delivered his acceptance speech in New York this week, there was only one of his many campaign promises he chose to highlight: a vow to restore his crumbling nation.

"We are going to … rebuild our highways, bridges, tunnels, airports, schools, hospitals," the president-elect said. "We're going to rebuild our infrastructure, which will become, by the way, second to none."

While not a sexy-sounding subject, infrastructure investment is one of the hottest topics on the minds of governments around the world, including Canada's. In recent years, there has been a dawning realization that trillions of dollars are needed to restore and replace everything from dilapidated overpasses to decaying sewer systems – with no immediate financial means to meet those demands.

Related: 'It will be devastating': Women's rights at risk under Trump presidency

Read more: Which countries stand to gain – and lose – from a Trump presidency

Mr. Trump's nearly $1-trillion (U.S.) plan largely relies on the private sector to fund. Whether corporations take the president-elect up on the tax credits and other enticements he is offering (repatriation holidays for companies currently parking profits overseas) in exchange for their financial help, we don't know.

His plan is more ambitious, dollar-wise, than the one Hillary Clinton proposed – nearly twice so. And, consequently, it is closer to the projections of what it will cost to tackle a problem threatening to cripple the U.S. economy – and yet a large funding gap would remain.

The American Society of Civil Engineers (ASCE), which looks at the state of America's infrastructure in a report every four years, said in 2013 that the estimated investment needed to restore the highways, bridges and tunnels Mr. Trump talked about was $3.4-trillion by 2020. The society described the condition of much of that infrastructure as dangerous, with the potential to create havoc for cities and towns across the country unless addressed soon.

Perhaps nowhere is this problem more apparent than here, in California, the most populous state. On sheer size alone, it represents a massive challenge to Mr. Trump's infrastructure pledge.

Like it has in much of the country, capital investment in California has plummeted over the past five-plus decades. According to an analysis done by the ASCE, the state spent 20 cents of every tax dollar on infrastructure in the 1950s and '60s. By the 1980s, that had dropped to five cents.

Current estimates put infrastructure investment at a penny of every dollar.

"It's a real crisis," says Yaz Emrani, president of the ASCE's Los Angeles chapter and a civil and environmental engineering consultant.

In the ASCE's 2012 examination of the condition of California's infrastructure, it was estimated the state would need to spend $650-billion over 10 years to bring roadways, schools, airports, waterways and other areas up to acceptable standards.

There are no plans to invest anything close to that number. In Orange County, one of California's more affluent areas, the infrastructure deficit has been calculated to be $585-million annually; that is, this is the amount that would be needed to be spent each year for 10 years to restore faltering structures to safe levels.

One particular area of concern in California is the state of its levees, which protect homes, businesses and vital community buildings. In a state always on earthquake alert, the report said there was the potential for "catastrophic disaster to life and property from the failure of [the state's] fragile levee systems."

Streets and roads were also found to be deteriorating rapidly. The report identified more than 5,500 bridges that were 50 years of age or older. Meantime, the U.S. Environmental Protection Agency estimated that California needed $44.5-billion to improve drinking-water transmission, treatment and storage.

The impact of the state's decision to ignore the warnings it has been receiving for years is starting to be felt. In July, a 1.5-metre-wide sewer pipe collapsed, spilling more than 9,000 cubic metres of untreated waste into the Los Angeles River, forcing the closing of beaches. Last year, the Tex Wash Bridge near Desert Center collapsed amid heavy rains. The nearly 50-year-old crossing was found to be structurally unsound. The year before that, a water main two metres in diameter gave way, flooding Pauley Pavilion on the campus of the University of California, Los Angeles.

The problem, Mr. Emrani readily acknowledges, is that no one thinks about infrastructure – they take it for granted. And no one likes reaching into their wallet to pay for services they believe their taxes should cover.

"Consequently," he said, "it usually takes some kind of disaster, sadly, to get people's imagination and allow them to focus their attention on this area. It's not easy."

One of the reasons why infrastructure investment has stalled in California, compared with the high-water marks of the 1960s, is the introduction of new laws that severely restrict a government's ability to obtain funding.

Proposition 13, which was passed in 1978, put severe limits on local government's ability to raise property taxes, which, in turn, had a chilling effect on their revenues. The measure also insisted that any future ballot initiatives calling for tax or fee increases have a two-thirds majority – often extremely difficult to reach.

After 1978, local governments turned to other small fees and general-purpose taxes that did not fall under the aegis of Prop 13 to fill their funding shortfall. That ended in 1996, when Proposition 218 passed and made even minor tax and assessment hikes subject to voter approval.

"The number of veto points [for citizens] has grown, making infrastructure projects more expensive, time-consuming and difficult to complete," says Steve Erie, a retired professor at the University of California, San Diego, who has written extensively on this subject.

Mr. Erie says term limits that were put in place in the 1990s restricting the length of time politicians could serve (six years for members of the State Assembly and eight for those in the Senate) also helped ensure that elected officials took only a short-term view of big issues.

It was one of the reasons the law was amended a few years ago to increase the term limits to 12 years. By that point, however, short-sightedness by elected officials had exacerbated the state's critical infrastructure situation.

Because some towns and cities attract citizens with deeper pockets than others, California is an infrastructure patchwork. One city can have beautiful, freshly paved streets, while a block away, in a bordering district with less tax capacity, the roads can be an embarrassing mélange of potholes and large cracks.

"The reality is you will see regional disparities because some communities are able to approve initiatives that raise more money for their infrastructure needs than others," says Ted Lempert, a political science professor at the University of California, Berkeley, who served two terms at the California State Assembly.

He said the most successful ballot initiatives are ones that have bipartisan political support. But that type of consensus in a political environment often as highly charged as California's can be difficult to achieve.

"It is certainly not the greatest system for dealing with problems that require thought and the laying out of priorities," he said.

Deciding which projects should be at the top of the infrastructure to-do list will be one of the toughest issues Mr. Trump and the Republicans face, says Tracy Gordon, senior fellow with the Urban-Brookings Tax Policy Center in Washington. These decisions often involve a brutal, coldhearted calculus: Which projects offer the biggest bang for their buck.

"You don't want to say you're leaving any area behind, but at the same time there is not an unlimited amount of money and you have to look at the economics of any project," Ms. Gordon said. "Does a new bridge to a small town with few people make a lot of sense?"

It remains to be seen how expensive and expansive Mr. Trump's plan to make America's cities great again will be. Many think his scheme will probably not even begin to meet all the needs, and that local and state governments will be forced to continue going cap in hand to citizens, through referendums, to fix 80-year-old water mains that are falling apart.

"At the end of the day, you're at the mercy of the mood of the public," the ASCE's Mr. Ermani said. "But infrastructure doesn't wait for anybody. Right now, we're living on borrowed time." 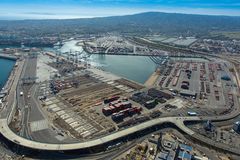 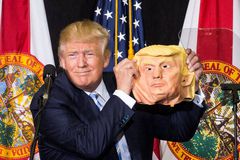