Republican Mitt Romney is the first member of the Church of Jesus Christ of Latter-day Saints (Mormon) to run for President of the United States as a major party's nominee.

We Mormons appear to have mixed feelings about this. Many think it's fantastic, that a fellow Mormon elected as president would show that Mormonism is accepted among the "mainstream" Christian denominations in America.

Others are wary of the increased attention, scrutiny and criticism that Mr. Romney's campaign has brought to the Church. While Mr. Romney's religion has certainly drawn attention, it has been much less attention than I expected. I think that for a church that works so hard to spread its message worldwide, the level of attention it's getting now has to be considered a positive, likely even exceeding that of the time leading up to the 2002 Winter Olympics in Salt Lake City, Utah.

The unique blend of religion and politics in the United States causes some Canadians to scratch their head. Here in Canada, a candidate's religion rarely ever surfaces in an election campaign. I can remember reading last spring that Giles Duceppe, then-leader of the Bloc Quebecois, was an atheist. That would never fly in the United States. Last summer, I attended a town hall meeting for a U.S. Congressman and, to my surprise, the meeting began with a prayer. "Welcome to American politics," I thought.

I've never been comfortable with mixing politics and religion. When politicians like Mr. Romney and Barack Obama are attacked because of their personal religious beliefs or things that their pastor or spiritual leader have said, the attention that it gets within the media amazes me. However, living in the United States, and especially in a conservative state like Utah, has given me some insight on where exactly these unique feelings of politics and religion come from.

Many people see religion as inseparably tied with a person's morals. They also see a person's morals inseparably tied with their political ideology and tendencies. While I may not completely agree with the causal logic and with considering a candidate's religion when deciding who to vote for, the ideas have definitely made a lot more sense in my mind the more I speak to people who subscribe to that particular line of thinking.

While it's true that Mormons are overwhelmingly conservative and Republican, especially older voters and those in the western United States (where most Mormons live), I have been surprised at the number of Democrats here at Brigham Young University. While Mr. Romney is still the candidate of choice at his alma mater, there is certainly a much higher likelihood for a university-aged Mormon to vote for Mr. Obama than there is for a Mormon who is 40 or older.

Though I don't get a vote, I am undecided. On one hand, I appreciate the numerous social advancements made during Obama's presidency. I prefer his immigration policy and usually his foreign policy to Mr. Romney's. But I don't love "Obamacare" and I believe more has to be done to fix the American health care system. Mr. Romney's economic credentials are impressive, I like his plan for the economy, and, like many Americans here in Utah and around the country, my top voting priority would probably be advancing the economy. But you'll certainly see a lot of people here at BYU and in the Mormon community who are decidedly in the camp of either candidate.

What Mormonism teaches about politics

I believe that the difference in views and the lack of a cookie-cutter "Mormon politician" can be attributed to certain LDS teachings. In LDS doctrine, the concept of "free agency" is extremely significant. Free agency (not to be confused with that brief period every July when I have visions of a Stanley Cup parade down Yonge Street in Toronto) means that human beings, though given certain standards from God, are generally left to their own devices, whether they be good or evil, and are to be judged on how they use this free agency. Some Mormons interpret this to mean that candidates who support the least government intervention in the personal lives of citizens best represents their own religious beliefs.

Mormons also believe strongly in helping the poor and needy. Some may interpret this to mean that candidates who support government programs designed to reduce economic inequality best represent their own religious beliefs. Others believe that this is to force the use of one's free agency, and will turn away from candidates who support government reduction of inequality.

Mr. Romney certainly has used some of his values and beliefs to shape his political ideology, as has any politician, religious or not. However, believing that Mr. Romney's candidacy for president can be defined by his own personal religion is to not understand Mormonism. There is no defined pattern for Mormon politcians to help us predict Mr. Romney's actions based soley on his faith.

Mr. MacDonald's opinions and observations are his own, and do not necessarily reflect that of the Church of Jesus Christ of Latter-day Saints or Brigham Young University. The Church endorses a policy of political neutrality.

Expat dispatches: Salt Lake City Olympics was Romney at his best. Health care, on the other hand…
August 28, 2012 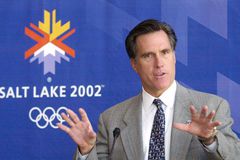 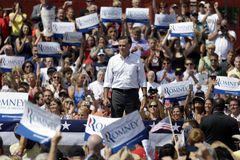 Expat dispatches: In Todd Akin’s Missouri, it sometimes feels like ‘another century’
August 24, 2012 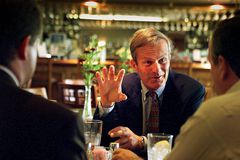 Expat dispatches: What a Romney rally says about his odds of winning Florida
August 15, 2012 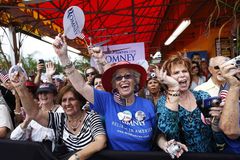 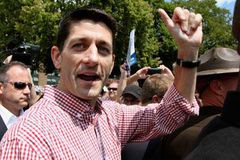 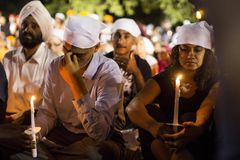 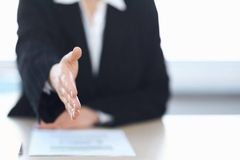